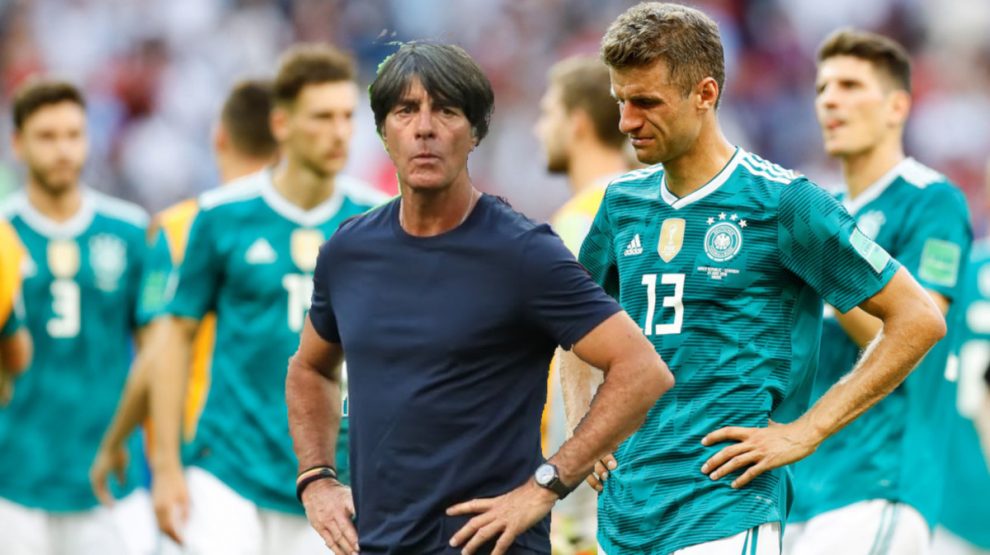 Terrorist Nationalist Socialist Underground or NSU trial to be finalized on July 11th after staggering 437 hearings spread out in a 5 year-long  period. On the other hand, Germany`s world cup adventure in Russia has also seen a quick and a dramatic end. What connects the rapid world cup outage of German team and dragging of a terror trial for years might be surprising to those who have turn a blind eye to deep-rooted racism in Germany society and the state.

When Beate Zschape, Uwo Muhndlos and Uwo Mohnhardt went underground at the end of 19th century to establish the terror group NSU, German Federal Intelligence agency had already been monitoring them. German intelligence already had enough evidence to arrest them at that time according to lawyer Seda Basay who has been representing the family of Enver Simsek the first victim of NSU. “If the German intel informed the police about their activities then, they could have been arrested and none of those murders could have taken place,” said the Frankfurt-based lawyer. However, German intelligence chose to finance the three instead of an arrest. Testimonies of witnesses during the trial proved that German intelligence actually funneled money to NSU by its informants according to an article on NSU watch, an independent investigative website. However, no legal action have been taken against any of those intelligence officers.

Andreas Temme, a officer working for the German Federal intelligence, was actually at the internet cafe of Halit Yozgat, the last victim of NSU, at the time of the murder. After Yozgat was shot dead, he simply walked away from the cafe. After the security cameras revealed his presence at the murder scene, ha was briefly arrested and released. Seda Basay and other lawyers finally managed to bring him to the court for a testimony years later but he rejected answering key questions citing not being authorized which could prove the link between the state and the terror group. At the end, he managed to walk away from what he was involved by paying a small fine. His phone taps also revealed that he spoke to a far right person half an hour before and half an hour after the murder. The lawyers wanted the details of those conversation but the Essen state placed 120 years confidentiality on the phone taps.

There have been many other incidents that could prove the state officials` complicity in the Neo-Nazi crime scene but they have all been blocked by either the prosecution or the state institutions.

Beate Zschape who is the only surviving member of the terror group has been on trial for 5 years. “When the trial started she looked sick, she was skinny and dispirited however as the trial went on she turned happier and healthier. It is no secret that they taking good care of them at the prison,” said the son of the first victim of NSU, Abdulkerim. Zschape has indeed been receiving financial help from outside for her daily needs at the prison. “She even received a marriage proposal that is how much she is admired and loved by a big chunk of this society,” says the lawyer Basar. But all those facts will be buried with a possible lifetime sentencing of Zschape on July 11th. German state and the society will act as if a Neo-Nazi terror group never existed in the 20th century and never carried out 10 murders and a bombing in Cologne.  “It will pave the way for the future racist crimes,” said Serkan Alkan, another lawyer representing the victims of the NSU bombing. The third renown lawyer of the trial, Mehmet Daimaguler, also underlined during his interview with German Deutsche Welle that the German state protected the leading Neo-Nazi figures.

All these attitudes of the German state officials and institutions have done nothing but fueling the racist sentiments in the German society. And the last outburst of that racism appeared when German-Turkish footballers Mesut Ozil and Ilkay gundogan met Turkish president Recep Tayyip Erdogan last month in London. The both players have been crucified by the German media, society and the politicians. The backlash of a simple meeting turned into a snowball and went beyond racism which effected the other players on the national squad and the harmony of the team. And it was one of the biggest reason of German national teams failure at the world cup. Team harmony, friendship and morale are as important as the physical capabilities when it comes to football,” says a another Turkish footballer of Bundesliga who asked not to be named. So the whole German society could not stopped the racist instincts fueled by years long policies of the state despite the fact that it could effect the whole team the world cup adventure for that matter. So racist sentiments forced the ubiquitous German flags which heralded rising nationalism had be stashed  back into the drawers. But what will come back out of those drawers should concern not just reasonable Germans but also the whole Europe.