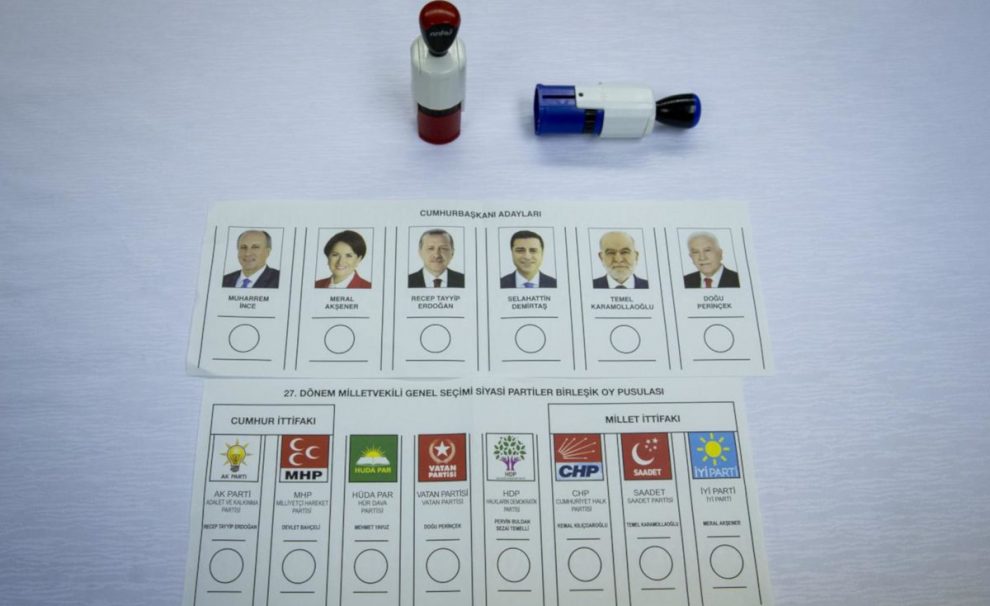 Turkey’s elections produced many winners, democracy was one. But also a wide spectrum of ideas representing all of Turkey have found a place inside parliament.

June 25 is the beginning of a new era in Turkish politics. Once again, the Turkish electorate gave their support and confidence to President Recep Tayyip Erdogan and his party. President Erdogan received 52.6 percent of the votes and winning the election in the first round, while his closest competitor Muharrem Ince received 30.8 percent of the votes.

This is an important responsibility on the shoulders of President Erdogan in taking the country forward and dealing with oncoming regional and economic headwinds.

Yet the biggest winner of the June 24 elections was Turkish democracy. With a voter turnout rate of just over 87 percent turnout, transparency, accountability and a vibrant campaign period resulted in an election process that can be considered a remarkable success story for Turkish democracy.

Many Turks returned early from their holidays to vote. The opposition and the incumbent party fought successfully in what many considered a tightly fought race. And above all party leaders and presidential candidates mobilised millions of their supporters to rally in public squares across the country.

Many young Turkish voters also participated in the elections for the first time making sure that their voice matters. The election showed above all else that Turks take their democratic duty seriously.

President Erdogan, won with the support of almost 26 million Turkish voters in the first round, with 10 million more votes than Muharrem Ince.

Erdogan took a big risk in calling the elections and in the process changed the system into presidential one. Additionally, in forming a coalition with the MHP, Erdogan took on a risky alliance with a party it shares a voter base with.

The risk was compounded when an internal party fracture weakened the MHP resulting in the creation of the Iyi (Good) Party.

Having a coalition with the MHP also risked the Kurdish votes for the AK Party due to MHP’s nationalist stance. The People’s Alliance, between AK Party and the MHP, in the end prevailed in a challenging electoral environment.

Some AK Party supporters voted for the MHP in the parliamentary elections, which as time passes we will be able to analyse in more detail, but Erdogan himself attracted a plurality of MHP voters in his capacity as a presidential candidate.

Erdogan’s critical decision to change the parliamentary system into a presidential one did not only change the structure of the Turkish executive system but also transformed the nature of Turkish politics. Erdogan has ambitions for his country and wants to leave behind a legacy. Only with a more effective executive system can he reach his plans for Turkey, and his gamble has paid off.

Muharrem Ince, started as the underdog from the Republican People’s Party (CHP) and outperformed his party by gaining 30.8 percent of the votes to his party’s 22.6 percent. He conducted more than 100 rallies and meetings all over Turkey and managed to draw large crowds. Ince’s election campaign even overshadowed Meral Aksener’s, the leader of the Iyi Party, campaign who at the beginning of the election was touted as someone that could impact Erdogan’s electoral fortunes.

Ince’s performance in this election may eventually shake Kilicdaroglu’s position as leader of the CHP. Ince has consolidated left-wing votes and regained the support of disenchanted CHP supporters who started to move towards HDP and other parties.

Aksener and the Iyi Party she helped found faced the biggest disappointment coming out of the elections. Aksener was presented as a new actor and the future of right wing Turkish politics. Her party’s vote expectations, two months ago, started at over 20 percent, but in the end came fourth behind even Selahattin Demirtas with only 7.4 percent of the vote.

Her party gained three percentage points more than she did as a presidential candidate, failing to create excitement around her party and overshadowed by Ince. Aksener was expected to attract voters from the AK Party and the MHP but instead seems to have competed for votes with Muharrem Ince. Aksener’s party attracted some votes from resentful and disappointed MHP supporters, but this may prove to be short-lived. 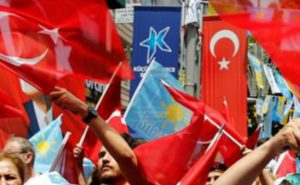 MHP, however, confounded expectations and pundits, firstly by entering into a People’s Alliance with the AK Party despite falling popular support (with a brief spike in popularity in 2015) over the last few years. Then it managed to gain 11.1 percent giving it 49 seats in parliament, surprising many analysts.

MHP’s post-election performance may also help the party regain the support of disaffected voters that switched to the Iyi Party. The decision by Devlet Bahceli to form an alliance with Erdogan and the AK Party seems to have paid off.

MHP leader Devlet Bahceli also managed to consolidate his party base by gaining more than ten percent of the votes. Bahceli lost half his support base to Aksener’s Iyi Party but it seems that his party managed to gain significant support from the AK Party constituency.

Whether the HDP would surpass the 10 percent threshold necessary to enter parliament was a pivotal question. It made the difference between the AK Party being able to rule alone or within the confines of a coalition. HDP in the end managed to get 11.7 percent of the votes winning 67 seats in parliament and denying the AK Party an outright majority.

This is a significant success for the HDP. Many CHP supporters strategically moved their support to HDP to help the party pass the 10 percent electoral threshold. HDP’s presence in parliament cost the AK Party more than 60 seats. But it also means that for the first time in a very long time there is broad-based political representation in the Turkish parliament that reflects the socio-political tapestry of the country.

HDP’s presidential candidate Selahattin Demirtas received 8.4 percent of the votes, two percent less than his party’s vote. All the major political parties will be represented in the parliament, which is an important achievement for the Turkish parliament.

What Connects German World Cup Failure to Terrorist NSU Case
Operation Manbij: What is what?
Comment