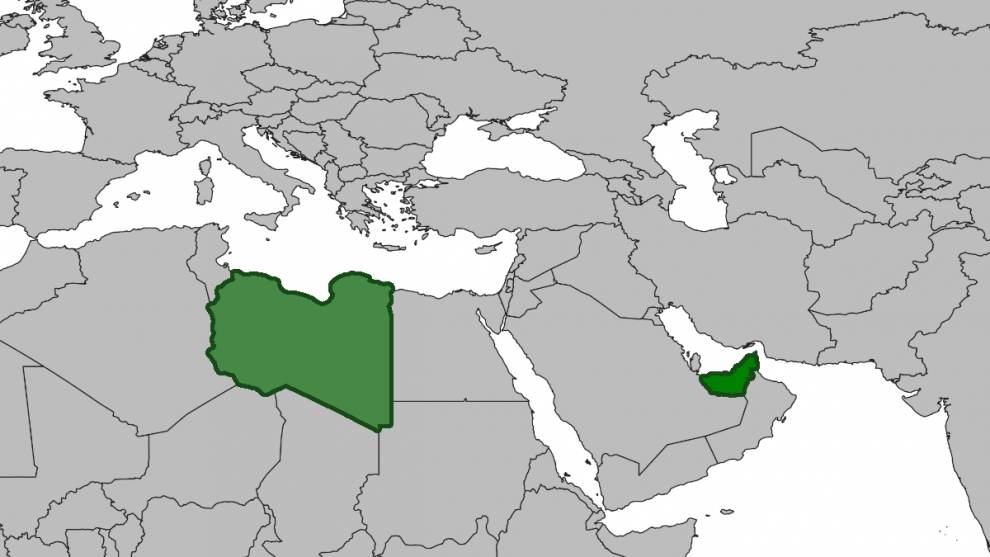 American CNBC television published a report on May 21st heralding serious financial troubles for United Arab Emirates in light of coronavirus pandemic measures. The report predicted 70 percent of Dubai companies going out of business in the next six months. As the pandemic has taken its toll on the trade and hospitality business around the globe, United Arab Emirates which has successfully built its economy away from natural resources have been feeling a harsh financial impact. But that has not stopped the Gulf federation from going on a spending spree in Libyan civil war. Experts say, in contrary to general perception, Libyan civil war is more of a survival matter for the UAE than a battle for influence.

United Arab Emirates are made up of seven emirates at the northeast end of the Arabian Peninsula on the Persian Gulf in western Asia. It’s a small country that has been focusing on successfully building an economy that is not dependent on oil or gas. But since the Arab Spring, the UAE has been getting interfering in other regional countries especially in post-Arab Spring nations. Oil-rich north African country, Libya has been the climax of UAE’s interference in the region but it is more about survival than expanding its influence.

The Government of National Accord was formed as an interim government under the terms of UN-led initiative, Libyan Political Agreement in December 2015. GNA’s task was to lead the country into a full democracy by eventually holding general elections. Its rival, Warlord Haftar, however, is seen by experts as another potential Gaddafi-like military ruler whom the UAE chose to support.

As many other Arab monarchs, the United Arab Emirates is also ruled by loyal families. Experts say it’s the main reason why Saudi ruling family and the UAE have mobilized every means within their power to stop Libya from becoming a working democracy. Both countries consider Arab democracies an existential threat to their uncontested rule. “Tunisia has already set a bad example so to speak to Arab monarchs by achieving a somewhat working democracy following the Arab Spring but these monarchs know that another democracy on their doorsteps might pave the way to challenge their rule,” said Cetin Ersoy a Turkish journalist closely following Libya developments.

Tunisian democracy has already been a target of the UAE. It was reported that Turkish intelligence helped Tunisia foil a UAE-backed coup attempt last week. It was the second time the UAE was involved in a coup attempt in Tunisia, first one being in 2018. The UAE also backed the bloody failed coup attempt in 2016 in Turkey by providing $3 billions to the orchestrator of the coup attempt, Gulenists, according to London-based Middle East Eye.

Turkey’s involvement in Libya, however dealt a big blow to the UAE and ruthless Saudi prince, Muhammad Bin Salman. Legitimate Tripoli-based government of Libya won several battles in the past weeks against Haftar forces which liberated the greater Tripoli province. As of Saturday morning, sources from the ground have been reporting that Haftar’s militia is running eastwards from Sirte. If GNA manages to take control of Sirte, that could herald the beginning of the end for Haftar and for his backers. That means the democracy that was installed in Tunisia after the Arab Spring would end up at the Egyptian border.