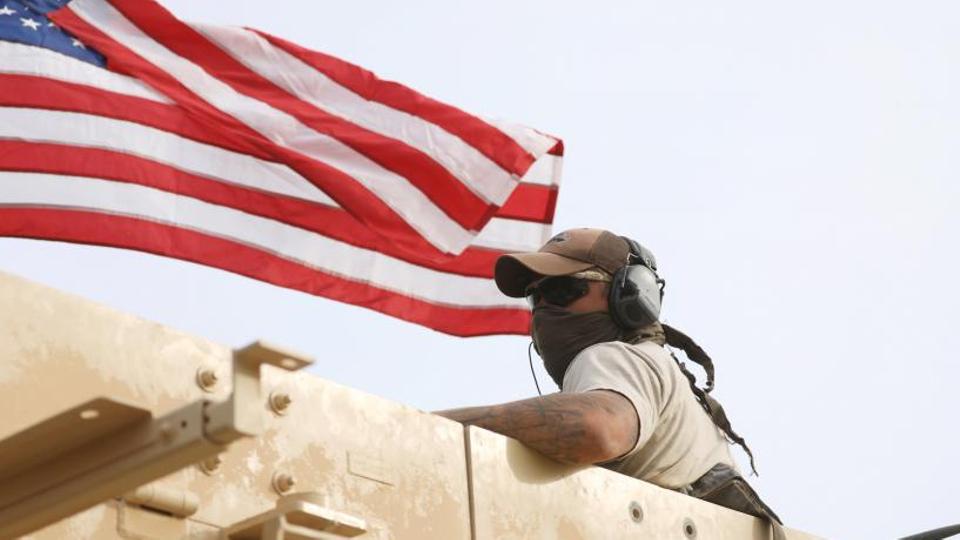 TUNCAY ŞAHIN
Turkey has long expressed its unhappiness at US support for the YPG, while the US does not consider the YPG to be a terror group but a key ally in the battle against the Daesh in Syria.
A member of US forces rides on a military vehicle in the area controlled by YPG in northern Syria, next to the Turkish border, Syria April 28, 2017.

The United States will retrieve any weapons from the YPG in Syria which threaten NATO ally Turkey, the Pentagon said on Thursday.

“Categorically, we will collect any arms that would threaten our ally Turkey. Turks have the inventory of those,” said Pentagon spokesman Eric Pahon.

But Pahon refrained from giving any details on the amount of weapons already given to the YPG and how they would differentiate the ones that would pose a threat to Turkey.

Pahon’s comments were part of a series of contradictory statements made by US officials on its support for the YPG.

In November 24, in a phone conversation, the US President Donald Trump agreed with his Turkish counterpart Recep Tayyip Erdogan that US would stop arming the YPG, according to Turkish Foreign Minister Mevlut Cavusoglu.

Cavusoglu said Trump’s move would eliminate one of the major issues causing strain between the two states.

“Trump very clearly said he had given instructions to not provide weapons to the YPG,” Cavusoglu told reporters in a press conference in Ankara soon after the phone call.

However, the White House said in a statement on the phone call later on the same day that there were “pending adjustments to the military support provided to their partners on the ground in Syria, now that the battle of Raqqa is complete and they are progressing into a stabilisation phase.”  It is a statement that suggests there is no immediate plan to stop supplying weapons to the YPG.

The US decision to arm the YPG in Syria was taken by the administration of  former US president Barack Obama in a move that angered Turkey. That is because Turkey views the group as the Syrian extension of the PKK. The PKK is an armed group that has been fighting the Turkish state for more than 30 years, and has left more than 40,000 people dead, including civilians. PKK is designated as a terror organisation by Turkey, the US and the EU.

The US, on the other hand, does not consider the YPG to be terrorist groups, and considers them key allies in the battle against the Daesh in Syria, even though it acknowledges the links between two groups.

Ankara has repeatedly urged Obama and his successor Donald Trump to halt cooperating with what it says is the extension the PKK — a group that the both the US and Turkey designate as a terror organisation.

The US has long promised Turkey that weapons supplied to the YPG would be retrieved. It has described the decision to supply the YPG with weapons as a temporary measure needed in their fight against Daesh. Daesh is now isolated in very small parts of eastern Syria deserts, and the fight is fast coming to an end.

Trump’s phone conversation with Erdogan came in November 24, right after a summit on Syria which was held in Russian city of Sochi.

Erdogan, Russian President Vladi­mir Putin and Iranian President Hassan Rouhani discussed the future of Syria at the summit where there was no US presence. Three leaders underlined the importance of Syria’s territorial integrity after the war ends. 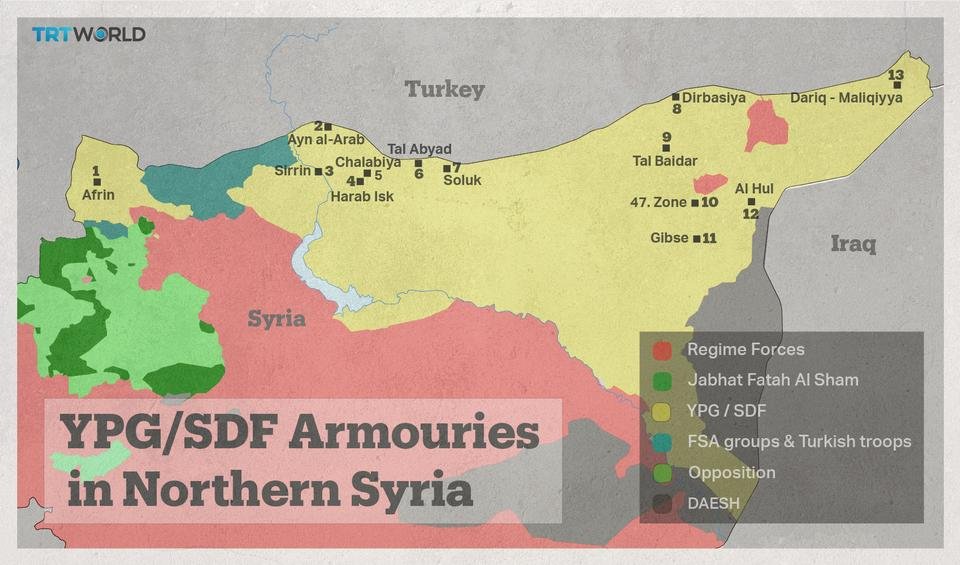 YPG dominates the northern part of Syria bordering with Turkey in its south. Ankara objects any YPG presence near its border, saying that any action to supply arms to the YPG strengthens the PKK affiliate’s hold on northern Syria.

Trump’s comments during the phone call could be taken as a US policy in Syria that is in line with what Ankara has long insisted: Don’t cooperate with terrorists organisation against the terror organisations.

However, a Pentagon press briefing in November 27, after Trump’s Friday call with Erdogan has created further confusion.

“We are reviewing pending adjustments to the military support provided to our Kurdish partners [YPG] in as much as the military requirements of our defeat-ISIS and stabilization efforts will allow to prevent ISIS (Daesh) from returning,” said Pentagon spokesman Eric Pahon.

Pahon’s comments drew a quick criticism from Turkey, with Cavusoglu calling on the Pentagon to heed Trump’s pledge that was made to Turkey.

“US President Trump told our president [Recep Tayyip Erdogan] on the phone that ‘from now on no arms will be given to YPG’,” Cavusoglu said in November 30.

“We do not interfere in the US’s internal affairs but if the Pentagon is not listening to its own president, then it ultimately concerns us because the weapons given them are a threat to us,” he added.

After the Pentagon briefing, the White House  was quick to confirm Trump’s decision.

“Once we started winning the campaign against ISIS, the plan and part of the process is to always wind down support for certain groups. Now that we’re continuing to crush the physical caliphate, that we’re in a position to stop providing military equipment to certain groups” White House spokeswoman Sarah Sanders said in November 27.

Before the latest statement came from Pentagon on collecting back the arms they have supplied, the confusion was on the agenda of Turkish foreign ministry.

“It is a fact that the US administration does not act in harmony. The answer to this issue is far from satisfying us. Even an hour-long collaboration [with the YPG] for us is extremely harmful, a matter which leads to great worries. So this uncertainty is a factor that increases worries,” a Turkish diplomatic source told to TRT World.

Turkey has long expressed its unhappiness at US support for the YPG.

But the US has kept providing arms and setting up military camps in northern Syria. According to the Anatolian Agency, the US has 13 spots where they store arms and military vehicles.

Zarrab puzzle: Lie if you must
Turkish-British relations after Brexit
Comment