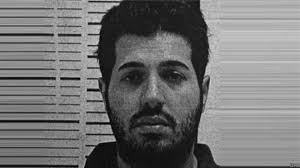 Meet Andrew C. McCarthy, III. He is a former assistant U.S. attorney for the Southern District of New York. You might remember him as the prosecutor of the 1995 terrorism case against Sheikh Omar and 11 others. He resigned from the Justice Department in 2003, and started writing for the National Review.

He has the insight needed to follow the Robert Mueller investigation of Russian interference in the 2016 U.S. elections. Mr. Mueller was the sixth director of the FBI from 2001 to 2013, and was appointed as the special counsel to oversee the investigation into any links between the Russian government with the Donald Trump campaign. Mueller obtained guilty pleas from former Trump aide George Papadopoulos and former national security adviser Michael Flynn for lying under oath to the FBI. McCarthy writes on the National Review website in an article titled “It Is Now an Obstruction Investigation” that Mueller is after President Trump; he is trying to get the president impeached.

Although the outcome of that investigation has vital importance for almost anybody on this planet, the point I will take from Mr. McCarthy’s article is not about the Mueller investigation. I am much more concerned with another investigation that is — curiously enough — running a parallel course: The Bharara Investigation.

Preetinder Singh Bharara, you remember, is the lawyer who served as a U.S. attorney for the Southern District of New York from 2009 to 2017. According to The New York Times, as a U.S. attorney Bharara earned a reputation of a “crusader” prosecutor. He was working on very important racketeering, terrorism and civil right cases. At one point he sued the governor of New York State. He is after not only justice but also fame.

After Trump booted him out of office, he started a video blog online; not all our ex-prosecutors have such acumen in mass communications and technology, you know.

When he was sacked, Mr. Bharara was working on a case that was handed to him on a silver platter, which, if you looked carefully, had the Gülenist Terror Group (FETÖ) brand and a “Made-in-Pennslyvania” label affixed. How do we know? The very same so-called evidence had been presented to a Turkish court (whose judge is now a suspect in a conspiracy case and has fled the country) by a group of police officers that are being tried in a case involving manufacturing the wiretaps used as evidence. Again, most of those officers are residing in Pennsylvania with their cult leader Fetullah Gülen. The presiding judge over the court, Richard Berman, must have met some of these people when he was a guest of a Gülenist law firm in Istanbul.

McCarthy, drawing upon his extensive experience as a federal prosecutor, concludes that special counsel Mueller has no case of “collusion with Russians.” All he could get from those Trump team members who contacted the Russians were a mere guilty plea for lying. Mr. McCarthy opines that the game book of the federal prosecutors’ calls for guilty pleas for the “main action,” not peripheral things like not telling the truth! The main action he says was the collusion with the Russians, and Mueller could not find the smoking gun. Mueller’s only option is now to find evidence that Trump has been obstructing the investigation. Whether he can do it is to be seen.

Now let’s look at the case of violating U.S. sanctions against Iran. Bharara had obtained guilty plea from the main suspect, Reza Zarrab. Listening to questions asked by the trial attorneys representing Bharara’s deputy Joon Hyun Kim, you can see that the prosecutors (and Judge Berman, allowing such skewed and biased questions) are trying to build his case up to get the Republic of Turkey convicted.

The only problem is this: The guilty plea they obtained from Zarrab is only producing more lies from him. Before coming to the courtroom, Zarrab testified to his family that to get off the hook he decided to lie. The attorneys of the defendant have filed this game changer with the court. Judge Berman should declare a mistrial and dismiss the jury, and turn the lights off on his way out of his courtroom.

The cruelty of the enemy and the silence of friends in Al Quds
Will the US really stop supplying weapons to YPG in Syria?
Comment