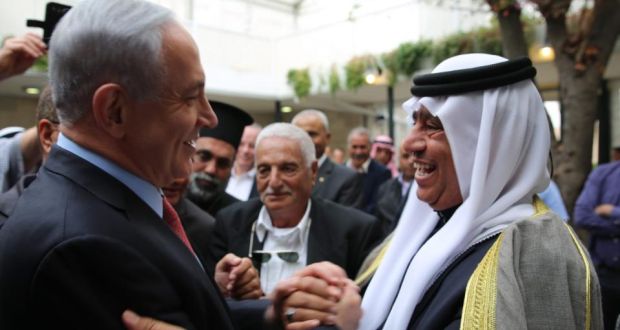 Once former Israeli Prime Minister Golda Meir had said “We will only have peace with the Arabs when they love their children more than they hate us”. Also in 1969, when Israeli soldiers burned the Masjid al-Aqsa, Meir said “I could not sleep till the morning that night. I thought that Muslims would invade Israel from all sides. But what we feared did not happen. I understood that we can do whatever we want, for Muslim ummah is sleeping”.

The current Israeli rulers have little doubt that Arab leaders will remain silent every time they attack Palestinians or confiscate their properties. Because, for example, UAE leaders met Netanyahu in New York in 2012 and showed their desire to be a friend of Israel. Since then, UAE is Israel’s closest ally in the Middle East. Saudi crown prince Muhammad Bin Salman also paid a secret visit to Israel a few months ago. There’s no need to mention Sisi. Jordan is also a good Israeli ally but King Abdullah is worried that his Palestinian origin citizens, constituting more tan 50% of country’s population, may revolt, and more Palestinians from West Bank may emigrate to Jordan.

On the other hand, Saddam Hussein and Muammer Qaddafi, who had challenged Israel most, were killed. Qatar was about to be occupied by other Arab states (pay attention; not Israel) just because it supported Hamas. Fortunately, Turkey saved Qataris. Turkey also was incurred to various intrigues just because it sided with Palestine against Israel. When circumstances become a little more tense, pro-Israeli Arab countries will probably punish pro-Palestinian Muslims, especially Arab ones.

As former Bosnian deceased leader Alija Izzetbegovic said; “When everything is over, we will remember not the words of our enemies but the silence of our friends”. Arab leaders, supposedly friend, having same ethnicity and religion with Palestinians, are indifferent to US decision to recognize Al Quds as capital of Israel since they don’t want to break good relations with the Zionist country. They don’t even keep silent but punish those who support Palestine. Whereas, if they had declared Al Quds as red-line like Erdogan did, Israelis would not dare to proclaim this holy city to be their capital. Even Israel is surprised that the Arabs have not reacted.

In fact, preventing Jerusalem from becoming capital to Israel is an issue that can be prevented even by diplomatic means without fighting. Just opposing the decision even in a low level would be enough to make Israel waive. Yet, a rich life and a reign in which giving $450 million to a painting is an ordinary procurement is preferable to leaving Palestinians without a homeland.

So easily loosing Al Quds reminds us how Abraha, the King of Yemen and South Arabia in 6th century, dared to attempt to demolish Ka’ba, the other holy place of Muslims besides Masjid al Aqsa. When Abdulmuttalib, Prophet Muhammed’s grabdfather (p.b.u.h), requested his camels seized by Abraha’s army, he advised Abraha not to destroy Ka’ba and warned that “Ka’ba’s owner is the God (Allah) and Allah will protect it. Eventually, what Abdulmuttalip said came true as ababils (the bird swift) dropped fireballs on his army and exterminated it.

Allah may protect Al Quds for the sake of Masjid Al Aqsa or postpone the punishment of the aggressors. However, it is likely that not only invaders of Al Quds but also those silent may be exposed to a divine punishment. In other words, when the most sacred temples are being attacked, the response that Muslims will or will not give will be the important questions of faith test. In the future, if the jets carrying bombs like ababils turn the silence into the massacre, that day’s victimization may not be the cause of innocence and salvation. Probably, future oppressors are those that Arab leaders want to be the companion.

The CIA, Fetullah Gülen and Turkey’s Failed July 2016 Coup
Zarrab puzzle: Lie if you must
Comment