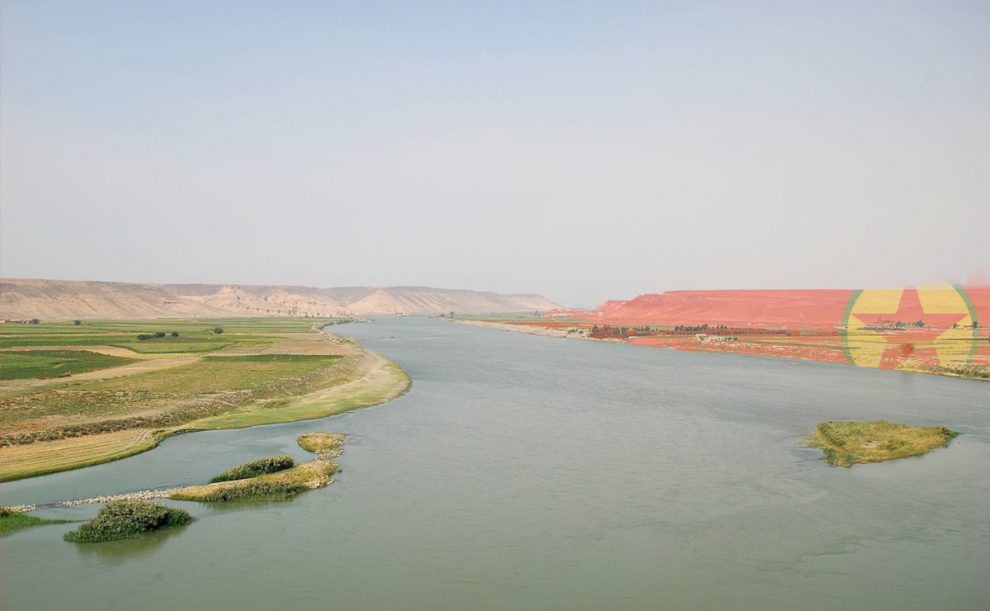 If the U.S. isn’t going to address Turkey’s security concerns and since Turkey is being pushed from inside by the Turkish people and the Syrian opposition to launch a military operation towards Manbij and the east of the Euphrates, the best for Turkey would be not to withstand this and push and conduct another military operation soon.

Since the declaration of the ‘imminent’ military operation by President Erdogan in the east of the Euphrates and the U.S. decision to withdraw from Syria, many discussions have risen about the fate of the region. With Trump’s initiative, both sides are discussing the establishment of a 20-mile zone in northern Syria along the Turkish border. In order to protect its national security, Turkey is trying to eliminate the terrorist threat and trying to accelerate the return of refugees to safe zones. However, one important dynamic behind Turkey’s decisiveness to enter the east of the Euphrates is overlooked. Turkey’s local Syrian partners are pushing the government to conduct a military operation east of the Euphrates in order to expand their areal control and to return home.

Turkey’s partners want to increase their balance of power against the Assad regime and other actors involved in the crisis by increasing their areal control. The U.S. is not the only country that has to manage a relationship with local partners, as Turkey also fought together with different factions of the Free Syrian Army in two military operations against Daesh and the Marxist-Kurdish YPG. During a time in which the YPG controls vast territories, historical enmities, territorial disputes, ethnic and ideological tensions between Arabs and the Syrian Kurds are a driving motivation of local actors, such as tribes, to push Turkey into the east of the Euphrates.

High level meetings between U.S. and Turkish delegations have been continuing since the U.S. decision to leave Syria. While both sides are discussing the way to finalize the U.S. withdrawal and how to address Turkey’s national security concerns, the U.S. is seemingly in a search for a solution as to how they will protect the YPG. The U.S. attitude is not only underestimating the Turkish threat perception and the important issue of the return of Syrian refugees, but is also overlooking a facilitator factor that is pushing Turkey to go for Manbij and the east of the Euphrates.

If all legitimate Turkish concerns were to be addressed, but the interests of Turkey’s Syrian partners ignored, Turkey’s new power inside Syria will force Turkey to widen its sphere of influence. Many Syrian communities inside Turkey and in Syria have evolved a direct relation to Turkey, in which the country is seen as a leader. Many actors of the Syrian community want to bandwagon with Turkey in order to expand their own areas of control and therefore are pushing Ankara to open them the gate to Manbij and east of the Euphrates.

Turkey’s local Syrian partners are pushing the government to conduct a military operation east of the Euphrates in order to expand their areal control and to return home.

Why does Turkey have to care about the demands of its clients in Syria? Ankara has built a strong relationship with the Syrian community and military actors of the Syrian opposition. With the start of the Astana process and the Euphrates Shield Operation, Turkey’s role has increased a lot. Turkey’s institutions got in touch directly with the Syrian opposition society. From the Turkish Armed Forces to the Health Ministry, Turkey has become hugely embedded in Syria. However, the relationship between Turkey and the Syrian opposition is not one sided. Turkey has to care about the demands of its Syrian partners, as the entire Turkish Syrian policy is built upon cooperation with them.

During Operation Euphrates Shield, Turkey’s armed partners on the ground were visibly unprofessional, weak and unskilled, but the training provided by Turkish soldiers showed their results in Operation Olive Branch, in which the newly formed National Army displayed high capabilities. In contrast to the U.S. strategy, which trains, equips and lets the YPG fight on its behalf, Turkey trained, equipped and fought together with its local partners. The difference in this strategy can also be observed via the U.S. army losses and by the Turkish army in Syria. While the U.S. lost half a dozen soldiers, Turkey lost 71 soldiers in Operation Euphrates Shield and 41 soldiers in Operation Olive Branch. This difference is also a result of Turkey’s approach to the National Army, as Ankara does not view the National Army as a proxy but as a legitimate partner.

U.S. attitude does not only underestimate the Turkish threat perception and the return of Syrian refugees, but also overlooking a facilitator factor that is pushing Turkey to go for Manbij and the east of the Euphrates.

The National Army was formed by the Turkish-trained Free Syrian Army factions under the umbrella of the Syrian Interim Government. The gathering of the leaders of different Free Syrian Army factions elected the Chief of Staff to which 9 different offices including the Military Court, the Military Police and which the Finance Offices respond to. The Chief of Staff also controls three corps. Among the 29 Free Syrian Army factions, 13 were formerly supported by the U.S. – either by the CIA via MOM operation room or by the Pentagon. 10 factions were formed after the end of the direct U.S. support to the Free Syrian Army in northern Aleppo. The formation of the National Army is an important asset in Turkey’s Syrian policy, which also means more leverage for Turkey’s partner to push Turkey to increase its role in Syria, even if Turkey didn’t prefer to do so.

The National Army has become way oversized for the tiny area from Afrin to Jarabulus. The asymmetric situation between their controlled areas and their size and capabilities results in the need to expand. The National Army factions want to bandwagon with Turkey in order to increase their control and are pushing Ankara to green light a military operation to Manbij and east of the Euphrates. By gaining more territory, the armed Syrian opposition not only wants to increase its balance of power against the Assad regime, but also wants to return back to their hometowns. Thousands of fighters from the National Army originated from currently YPG-held areas. Factions like Jaysh al-Sharqiyyah, 20th Brigade, Ahrar al-Sharqiyyah, Thuwwar al-Jazira, Jaysh al-Ahfad and Hasakah Shield entirely originate from eastern Syria. The armed Syrian opposition is aware that it cannot launch an operation on its own, without the backing of Turkey, as Russia and the U.S. are still involved in the Syrian war. Therefore, the National Army is pushing its backer Turkey to take action.

Turkey might have its own agenda to fight the YPG, but Turkey’s Syrian partners and local actors see Turkey as a vehicle to achieve their own agenda and to liberate their hometowns.

Turkey might have its own agenda to fight the YPG, but Turkey’s Syrian partners and local actors in Syria see Turkey as a vehicle to achieve their own agenda and to liberate their hometowns. In order to bandwagon and gain from the Turkish government, these actors need Turkey to act. While many discuss how to address threats towards Turkey’s national security, the role of Turkey’s partners in Syria is overlooked. The Syrian opposition sees a new chance in the east of the Euphrates to push its own agenda and to boost its position.

The Syrian opposition is aware that they need more area control in Syria in order to have a stronger position against the Assad regime on the negotiation table. In order to re-gain a strong position like it did in 2013, the Syrian opposition will push Turkey into the east of the Euphrates with its entire means. A more comprehensive perspective in which the needs and demands of Turkey’s partners is needed in order to find a common ground for the period in Syria after the U.S. withdrawal. Otherwise, even if the U.S. might think that it has addressed Turkey’s national security needs, it might not convince Turkey as the needs of its partners in Syria were ignored.

As the latest statements and decisions made by the U.S., such as leaving 400 troops in Syria and planning to continue their support to the YPG-dominated Syrian Democratic Forces until 2020, with a $350 million indicates that the U.S. does not want to reach an agreement with Turkey. If the U.S. isn’t going to address Turkey’s security concerns and since Turkey is being pushed from inside by the Turkish people and the Syrian opposition to launch a military operation towards Manbij and the east of the Euphrates, the best for Turkey would be not to withstand this and push and conduct another military operation soon.

Where will Turkey stand when the world becomes multipolar?