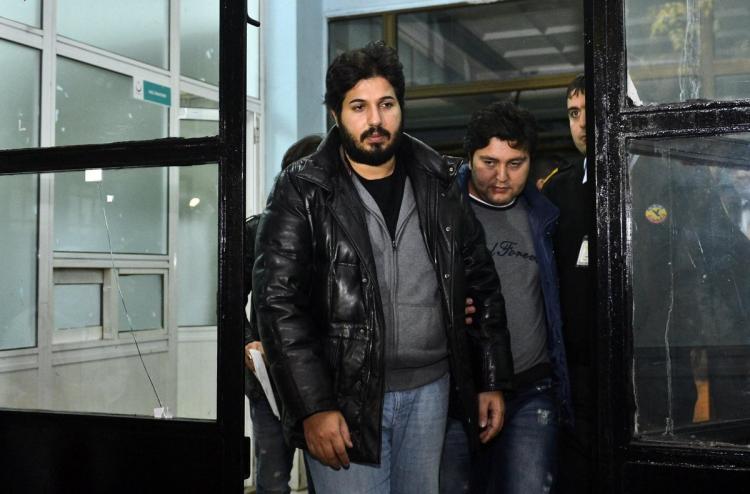 Reza Zarrab, having dual citizenship of both Turkey and Iran, is currently on trial in New York. We have just learnt that he has been under FBI custody till now and it seems he will continue to be. We don’t know whether he tells truths in the court while being under FBI pressure but definitely this FETO-made theatre just aims to access Turkish President Recep Tayyip Erdogan who repelled a judiciary coup in December 2013.

Zarrab case was actually a domestic attempt to overthrow Erdogan, the then Prime Minister in 2013. When FETO prosecutors and judges could not judge him at that time, they secretly transferred documents to USA and convinced American judiciary that Zarrab was evading US sanctions on Iran. Bribed American prosecutors took the case to the court, and Zarrab case officially inaugurated.

Zarrab says in his testimony that he bribed former Turkish Economy Minister Zafer Caglayan for more than 50 million Euros. As I stated above none, particularly FETO, cares what Zafer Caglayan took from Zarrab. We remember from wiretapes of Fetullah Gulen that FETO tried to persuade Caglayan to side with them. When Caglayan refused, he became the target of FETO. If he had defended FETO against government, he would not be judged now. Of course, even if it was FETO that uncovered bribing, supposing that Zarrab is telling the truth, Caglayan is corrupt then. Yet, as I argue, they are trying to charge President Erdogan for breaching sanctions, and so, Zafer Caglayan is just a means to reach him.

Zarrab claims that he heard from Caglayan that the then Prime Minister Erdogan ordered Ziraat and Vakif banks to involve in trading with Iran. Since it is a second hand rumor, probably, this claim will be ignored. On the other hand, Erdogan said a few days ago that he did not and won’t stick to sanctions since Turkey and Iran are neighbors and sanctions cause great loss for Turkish economy.

The disgusting aspect of the case is that local anti-Erdogan guys became very happy when they heard Erdogan’s name. Erdogan is the leader of the country where they live in. He is accusing of prioritizing his country’s interests to those of America. However, these so-called oppponents behave like Americans and want Erdogan to be punished. This is absolute treason if not stupidity. The utmost result will be a huge amount of fine which may harm Turkish economy. Perhaps they think that if Turkish economy collapses, people will blame Erdogan and won’t re-elect him.

Such thoughts also show how they are foreign to their people. Turks are aware of the game played and they will stand firm behind Erdogan. Neither American neo-cons nor FETO are trusted and any atrocity coming from their side is deemed conspiracy. Thus, they are just reinforcing Erdogan’s ruling. I am sure they don’t know what they are doing. Perhaps it is this aspect that makes them always fail.

Turkish-British Relations after Brexit
Distractions, disunity and the unnecessary clash of ideas
Comment