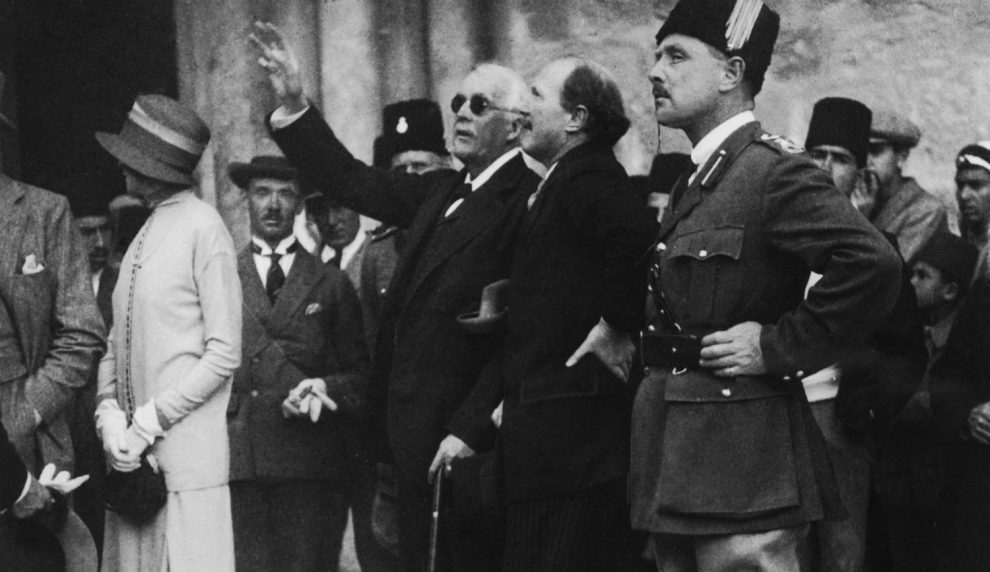 It has been 100 years since the British helped create a “Zionist state” in the Ottoman Palestine that they had captured from the Turkish army. In fact, the creation of an actual state on those lands took 30 more years (and the lives of many people) after this declaration of intent; the Israelis had already started celebrating the anniversary of the letter Arthur Balfour, foreign secretary of Great Britain, sent to Lord Walter Rothschild, the leader of the British Jewish community on Nov. 2, 1917.

It is the proper time to remember and ponder about the events that led to this letter as Carolyn Glick puts it in her Jerusalem Post article: “Israeli brands are boycotted, and Israeli shops are picketed from Montreal to Brooklyn to Johannesburg. The simple act of purchasing Israeli cucumbers has become a political statement in countries around the world.”

In his book “A Line in the Sand,” author James Barr explains that Balfour had not sent that letter, which came to be known as the “Balfour Declaration,” on his own. Balfour had informed Rothschild that the British Empire would have supported the idea that the Jewish people “return as a free nation to its homeland:”

“His Majesty’s government view with favor the establishment in Palestine of a national home for the Jewish people and will use their best endeavors to facilitate the achievement of this object, it being clearly understood that nothing shall be done which may prejudice the civil and religious rights of existing non-Jewish communities in Palestine or the rights and political status enjoyed by Jews in any other country.”

Barr gives the context of this letter in his book: With the help of the French the British had designed “an end to the Sick Man of Europe so that it could properly die.” The two countries reached an agreement that would be later called the Sykes-Picot Agreement. According to it, the Asian lands of the Ottoman Empire would be divided equally between Britain and France. However, unknown yet to the French, British engineers and spies had discovered that there were enormous reserves of oil in the area that were going to be left to the French. That would not be acceptable, and even before the ink on the Sykes-Picot Agreement had dried, the British started deceiving its partner. O, la la! Would the French accept that? Of course not! Then Britain needed the support of some other power. Germany? No, they were enemies by now. Italy? Not powerful enough to support the British. America! Yes that country could provide the powerful support the British needed. But how can you tally ho that old fox Woodrow Wilson who skillfully steered away from conflicts all his life? Well, Prime Minister David Lloyd George was no less a fox, so he devised this ingenious plan: Tell the world that Britain – not France – would help the Jews have a homeland in the British sector in the occupied Ottoman lands. In his words, “America now cannot but support us.”

They did of course! The process of creating the Jewish state (and swindling the Arabs and other people out of their homes) had immediately started. Perhaps it was this design that hastened the demise of the Ottoman Empire. The terror started. Tens of thousands of Arabs and Turks were killed. At one point, the French were awakened to the fact that they were not only cheated out of lands but also the petroleum of the Orient! They did all their best to prevent the creation of Iraq and Palestine. You should read Barr’s book to see how the Arabs and Kurds had become pawn in the hands of these two powers (and how yet they learned nothing.) On May 14, 1948, David Ben-Gurion proclaimed the establishment of the State of Israel. U.S. President Harry S. Truman recognized the new nation on the same day.

Back to the facts Ms. Glick mentions. Could she please have this translated into Hebrew?

(In English roughly, “He whose past is laced with inflicted pain on others would have had his future ruined.”)

What to do to foreign NGOs
Are Middle East Eye columnists on Gulen’s payroll?
Comment