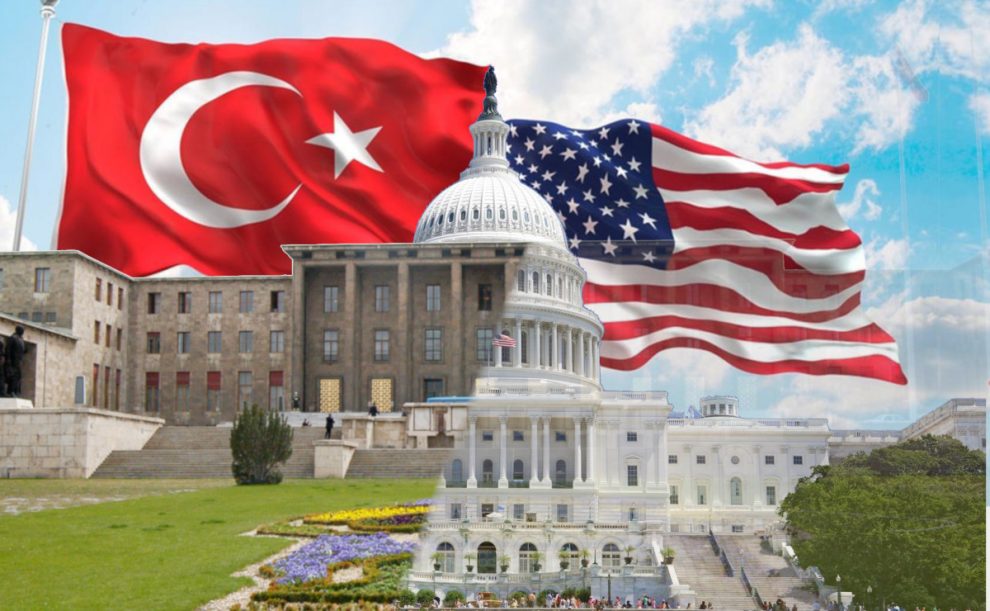 Is the US finally taking Turkish concerns and regional interests into account?

There seems to be a fresh optimism in US-Turkey relations. American Pastor Andrew Brunson who was detained on espionage charges in 2016 and ‘declared’ a few months ago as the reason for US sanctions on Turkey, is now free and back to his country. Brunson is convicted of terrorism charges but the court took time served into account and released him. Consequently, US and Turkey dropped sanctions against their senior officials.

The diplomatic crisis centred around Brunson and the culmination of a long-simmering dispute. Brunson merely served as an excuse for US administration to put more pressure on Turkey. The deterioration in relations arguably began in 2014 when US started to openly arm the YPG, Syrian branch of the PKK, in Northern Syria.

PKK is an internationally designated terrorist organisation which has thousands of civilian lives on its conscience and has been terrorizing Turkey and its people for more than 40 years.

Last month the US administration first announced a bounty on key PKK leaders, offering a total of $12 million for information leading to the identification or location of three senior members. The Turkish government was pushing the US to take action or at least cease support for Turkey’s long-standing enemy.

So, this move is seen as a step toward reconciliation between Turkey and the US. Now that President Trump is pulling all US forces from Syria, apparently after a phone call with President Erdogan, many believe that disagreements in Syria may have finally come to a political settlement.

Furthermore, the US included Turkey in the list of countries that are exempt from US sanctions for trading with Iran. This was yet another source of tension between two countries. Turkey was a significant contributor to the 2015 Iran nuclear deal.

After Washington’s withdrawal from the deal, Turkey was unwilling to join sanctions against Tehran because nearly half of Turkey’s oil imports come from Iran. In March 2017, the vice president of Halkbank (a state bank of Turkey) was arrested during a visit to the US over allegations of managing Turkey’s trade with Iran. Now, Turkey is one of eight countries which the US administration has ‘allowed’ to escape sanctions ‘temporarily’.

Naturally, many believe that the latest developments will go some way to alleviate the sanctions between the US and Turkey. At least, financial markets seem to have bought that feeling as the Turkish Lira has appreciated considerably since the release of Brunson, and even more since the news about US withdrawal from Syria.

However, the conflict between the US and Turkey has deeper seated causes and will not be easily resolved.

As a matter of fact, US support for the YPG continues.

Despite the Turkish government’s consistent remarks about the nature of YPG and its connection to PKK, Washington insists on collaborating with the YPG in Northern Syria.

The US’s abrupt decision to withdraw forces from Syria came nearly a week after Erdogan announced that Turkey will soon conduct a cross-border operation against YPG in the east of the Euphrates river.

As expected, Turkey approaches this decision with suspicion. Similarly, the move against PKK’s senior leaders was largely perceived in Ankara as a tactical move to ease Turkey’s strong position against the YPG. In response to the latter, Turkish presidential spokesman Ibrahim Kalin said, “They couldn’t fool us by separating YPG from the PKK. It will appear soon if this decision is to make a cover over the YPG,” he added.

Turkey’s stance against Iran sanctions is not likely to ease either.

President Erdogan has already declared Turkey will reject sanctions because they are ‘wrong and unfair’. Turkey is largely dependent on oil imports so a temporary exemption from sanctions is unlikely to provide a long-run solution for Turkey’s energy dependency.

Sooner or later Turkey will face US pressure not to buy its most necessary import item from its neighbour which happens to be one of the biggest suppliers of oil in the world. Also, note that another important energy provider of Turkey is Russia which also faces the risk of further and stricter sanctions over its economic relations with other countries.

What makes the recent process in the US-Turkey relations truly different is that, rather than seeking to solve the immediate issues as soon as possible, Turkey is more interested in pursuing a deeper change in its relations with the US, one that is more reflective of Turkey’s growing economic and geopolitical significance in the global balance of power.

The US administration, on the other hand, expects to return to the traditional nature of the relationship. No doubt both sides want the continuation of relations but deep disagreement about the nature of this relationship could make reconciliation difficult. They continue to test each other’s boundaries and expect to ultimately prevail.

Turkey challenges the US administration, insisting that Washington can no longer dictate Turkey’s economic relations with its neighbours or ignore its strategic concerns over terrorism coming from the PKK. The Turkish government wants to accomplish a rebalancing in asymmetric bilateral relations while openly critiquing the US administration’s abuse of its hegemonic power in the world economy. Following the outbreak of the recent dispute with the US, President Erdogan said, “failure to reverse this trend of unilateralism and disrespect will require us to start looking for new friends and allies”.

US and Turkey are not indispensable to each other, but the cost of a break-up in relations would be very costly for both sides. Without Turkey, US is unlikely to maintain its power and interests in the Middle East and will face serious security challenges against Russia and Iran. For Turkey, having antagonistic relations with the world’s hegemonic power is likely to have very costly economic results.

After all, US is the centre of international finance, home to the world’s biggest companies, and perhaps most importantly the provider of the world’s most commonly used currency, dollar. For that matter, the Turkish government is already preparing for the worst-case scenario and looking for new economic alliances with other major economies.

All in all, the tango in US-Turkey relations has not ended by any means. Turkey and US will either settle on a new balance based on compromises from both sides or a break-up with significant consequences both for Turkey’s economy and US’s regional interests.

We still wait to see if the US administration’s recent concessions mark the beginning of new era in relations or just another round of diplomatic wrestling about on whose terms the relations will continue, that is if they will.