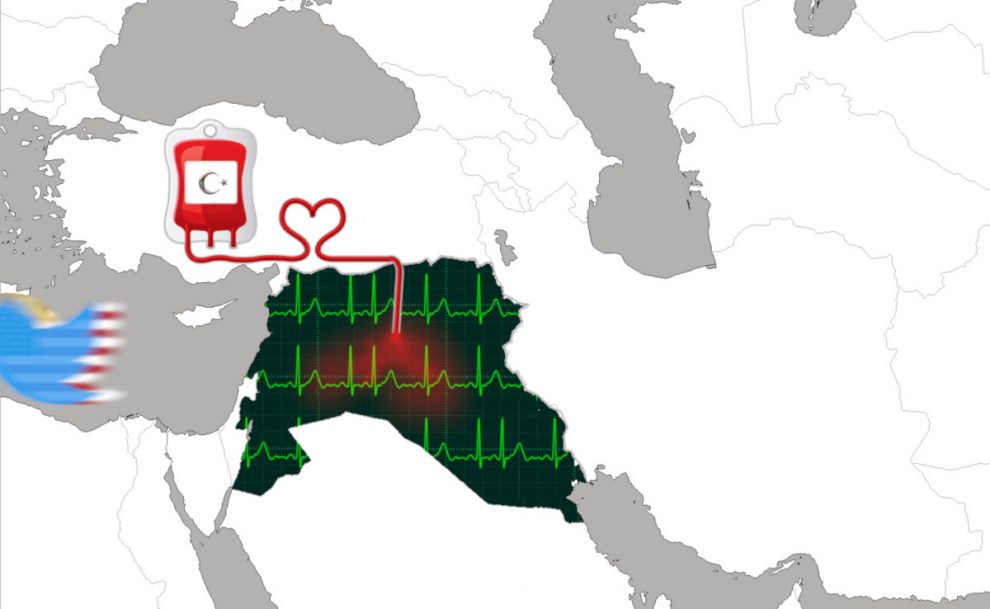 Following a phone conversation between President Recep Tayyip Erdoğan and his U.S. counterpart Donald Trump last Friday, the U.S. State Department recently announced the proposed sale of Patriot missile systems to Turkey. The move is a significant step forward because Washington had long been against such a transaction. In addition, the U.S. president has declared the decision to withdraw U.S. troops from northern Syria and this report was leaked to two prominent news agencies. President Trump also confirmed the reports, “We have defeated ISIS [Daesh] in Syria, my only reason for being there during the Trump Presidency” Trump tweeted. It was later stated that the troops will complete the withdrawal within a maximum time of 100 days.

Besides all this, the U.S. State Department’s staff has also been ordered to leave Syria within 24 hours. The Pentagon, meanwhile, seems not too happy with the U.S. move as it released a statement saying that they maintain their cooperation with local partners but also added that the withdrawal process has started.

The U.S.’ special envoy to Syria and former Ankara ambassador, James Jeffrey, stated in a speech at the Atlantic Council, “We support SDF [Syrian Democratic Forces, a People’s Protection Units (YPG)-linked group] for a specific goal: fighting ISIS [Daesh], which they are not doing as a favour to us. They are partners in a transactional relationship. Afterwards, they are a Syrian party like anyone. We do not have permanent relations with substate entities.” What Jeffrey harbingered is that Washington was going to adopt a rational foreign policy for its maximum interest.

To make a simple clarification, the U.S.’ partner in Syria, the PKK’s Syrian affiliate YPG, contrary to some Washington analysts, is not a marvelous organization that has beaten the bloody Daesh terrorist group, but it is, in fact, a weak non-state formation that has no power without U.S. supplies and weapons.

What’s worse, the YPG even helped Daesh in some circumstances. For example, while Iraq’s Raqqa was ruined in order to clear the city from Daesh elements, the YPG reached an agreement, as the BBC documented with video, to allow Daesh terrorists to freely leave the city.

The YPG has reportedly also forcefully recruited local children, some just 11 years old, from local Kurdish families as fighters. This policy was many times reported and proved by Amnesty International and Human Rights Watch.

In the meantime, Turkey has struggled against the Daesh terrorist group with many operations on the ground such as Operation Euphrates Shield in particular. During these offensives, it lost soldiers and provided safety and security to more than 100,000 refugees in the region by freeing their homeland from Daesh members. It is safe to conclude that if the U.S. follows the footsteps of Turkey in the rebuilding process for Syria, it can strengthen its own hand in the region and contribute to bringing stability to Syria in the future.

These very moments are more than vital for Turkey-U.S. bilateral relations. Some circles in the U.S. state structure, however, are attempting to prevent the two sides, who have had the intent of normalizing ties since the release of evangelical Christian pastor Andrew Brunson, from completely breaking the ice in their friendship. Therefore, President Trump has a lot to do in order not to be manipulated by domestic circles and he needs to stand against them.