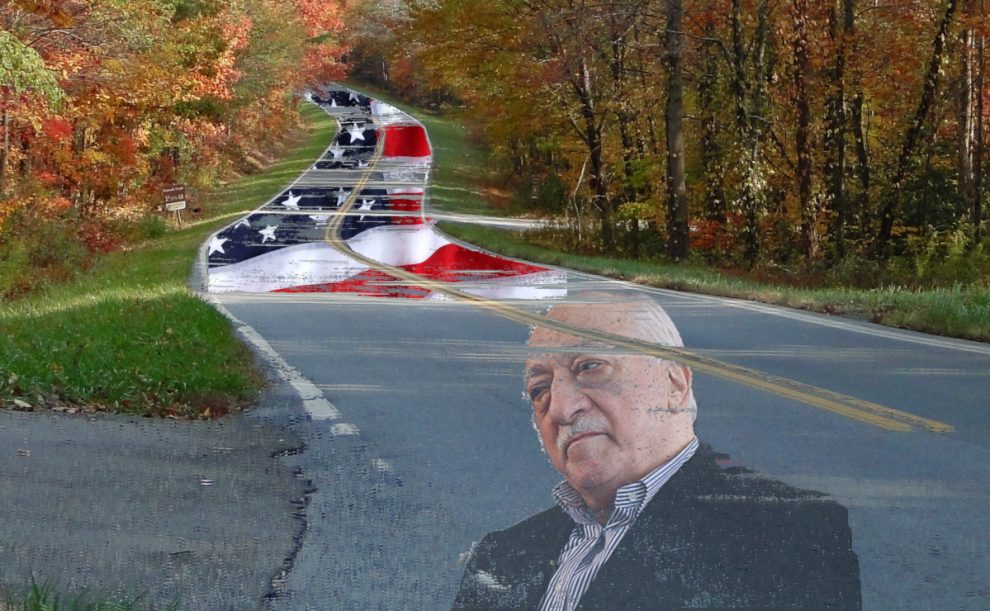 The Gülenist Terror Group (FETÖ) operates around 160 charter schools with 80,000 students in the U.S. Based on solid evidence, FETÖ is the perpetrator of the failed coup attempt in Turkey on July 15, 2016, that claimed the lives of 249 people and injured 2000 others. In this article, I will focus more on this terrorist cult’s impact on the American education system rather than its feud with Turkey.

The California National Association for the Advancement of Colored People (NAACP) has recently introduced Resolution #16 calling on the states and the federal government to investigate all of the Gülen charter schools in the U.S.

After carefully scrutinizing Gülenist schools, the NAACP, one of the most powerful watchdog organizations in the U.S with a 100-year history, published the following statement:

“Therefore, be it resolved, the California NAACP urges federal, state and local authorities to conduct forensic audits of both the schools and the management organizations operating them.

Be it finally resolved, that the California NAACP further urges that these investigations be conducted by state and federal auditors as opposed to state boards of education, as well as other relevant investigations necessary to evaluate fully the apparent, suspect financial dealings, visa misuse, and highly suspicious conduct.”

Apparently, American parents and nongovernmental organizations are waking up. I predict that FETÖ’s downfall in the U.S. will be bottom-up thanks to the push of the American people instead of top-down through a government crackdown.

In the United States, Gülenist schools are the largest group of charter schools that receive tax funds. There are about 160 schools in 28 states that have pocketed billions of dollars over the years from taxpayers. They have been accused of having a secret plan to instil a deep sense of loyalty among students that is part of a long-term strategy of infiltrating governments and businesses to spread a Gülenist agenda. Although more than 20 countries have decided to shut down their operations, charter schools are still their money-spinner in the U.S.

In California, they operate under the name Magnolia Educational & Research Foundation. It has about 200 to 300 employees in 10 schools in Southern California. They have another organization called ACCORD that provides services to Gülenist schools on the west coast. The Office of Inspector of Los Angeles Unified School District (LAUSD) found after a long-term inspection of Magnolia and ACCORD that they have direct ties to Fetullah Gülen.

Having said that, one might think that rules and regulations to operate charter schools are clear and there is nothing wrong or fishy so far. I will develop my argument based on a true story from one of their former employees. I met Metin Demir three months ago, and he told me what he went through and why he took legal action against Magnolia. Demir is a professionally certificated science teacher and school administrator with 10-plus years of experience. He was hired by Magnolia Science Academy 3 as a principal in August 2009. When he realized the existence of a Gülen-appointed imam, a legally non-existent decision maker to whom Magnolia’s Turkish employees obeyed like a soldier obeys his commander, he felt uncomfortable and did not follow the secretive Gülenist protocol that cost him some of the privileges of his job. Meanwhile, the employment of teachers was mainly decided by an appointment board – “tayin heyeti” in Turkish, which does not exist on paper and led by this Gülenist imam – rather than by the group’s HR. Demir’s character was disliked, but nevertheless, he was not fired since he was respected by the lower rank of employees.

After the LAUSD figured out the stratagem that contained extensive employment of Turkish teachers and systematic abuse of H1B visas, Magnolia panicked and decided to change their game altogether, of course temporarily, to fool the system and avoid dire consequences. In December 2014, they hired a white American CEO named Caprice Young, a former LAUSD board member who voted to approve Magnolia’s petition to open its first school in Reseda, California, back in 2002. Senior Gülenists running the schools knew about an upcoming change in the schools’ policy. The new CEO was to hire and fire as she pleased with a carefully planned strategy to wipe out the Gülenist image of the schools. To avoid LAUSD’s justified wrath, they gave her a very good salary and a lot of power so she could save Magnolia from LAUSD’s list of schools to be closed.

Under the new CEO, according to Demir, they radically changed the administrative and employment practices in an effort to pull the wool over LAUSD’s eyes. They either fired Turkish employees or offered much lower wages. Another key point to remember is that Young herself, long before her employment by Magnolia, had a connection with Gülen’s cult. She participated in a travel program to Turkey in 2007, sponsored by the Pacifica Institute, whose honorary president is Gülen. Obviously, she had good relations with senior Gülenists for years, and she was considered more workable than other CEOs in the market who had no history of contact with the cult. As able masters of deception, Gülenists knew that an independent total stranger would not cooperate. Because her involvement was unknown to the LAUSD, Young stood out as the perfect, white candidate to wage a strenuous PR campaign. Basically, Magnolia Schools temporarily froze their Gülenist identity and treated the remaining Turkish personnel so badly that school principals like Demir, whose career and livelihood was at stake, had to take legal action. Magnolia schools were suddenly whiter than clouds to hide their funny business. Have they been able to outsmart the LAUSD? No, but they have so much money and so many friends in certain places that although the LAUSD did not renew the leases of the schools, they managed to appeal and reverse the decisions.

Turkish people, except members of the cult, are notably familiar with the dishonest business ethics of Gülenists, but our American friends are not. In Turkey, for example, it has been legally proven that they consistently stole exam questions and distributed them to Gülenists for decades to become teachers, doctors, judges, prosecutors and police officers thanks to their fellow members who successfully infiltrated exam boards of government institutions.

At the helm of a multi-billion dollar corporation, Gülen easily buys media coverage from the most expensive outlets such as The Wall Street Journal, BBC and CNN to depict himself as a poor, peaceful man who has dedicated his life to education and interfaith dialogue. Gülen’s so-called moderate teachings and benign civic presence are designed and fine-tuned only to deceive non-Gülenists. Remember Kevin Spacey’s “The Usual Suspects”? Gülen is the real life Keyser Söze, the ruthless, influential crime lord you were not suspicious of until the very end.

Indeed, orders from Gülen are accepted without hesitation in secretive meetings and carried out with absolute precision. They do not believe in democracy or freedom of speech. Blind obedience and strict loyalty to the cult is a must. Americans, by contrast, are like an open book. We live our lives transparently, we ask questions and demand answers, we embrace pluralism. We even express devotion to our country quite openly, unlike for example the Brits, who relish patriotism in their hearts.

Needless to say, the one-man-worshipping ideology of Gülenism clashes with the values of American society. If they are interested in running schools where our children build the future of this beautiful country, they have to abide by rules and regulations. They should not be able to take advantage of business-friendly laws to milk American taxpayers.

Important reminder: Their motivation and educational goal in Turkey was not to cherish children, educate youth or strengthen families.

It is high time we raised our voices against political interest groups in the U.S. Senate and House of Representatives so that they do not provide safe haven to wanted crime syndicates of other countries in this star-spangled land.

This speech is from one of Gülen’s videos that surfaced in 1999:

“You must move in the arteries of the system without anyone noticing your existence until you reach all the power centres. If we do something prematurely, the world will crush our heads. You must wait for the time when you are complete and conditions are ripe until we can shoulder the entire world and carry it.”

We have to answer the following question on an individual and communal level: Would you trust your children to the schools of a cult leader who instructs his followers as in the message above?