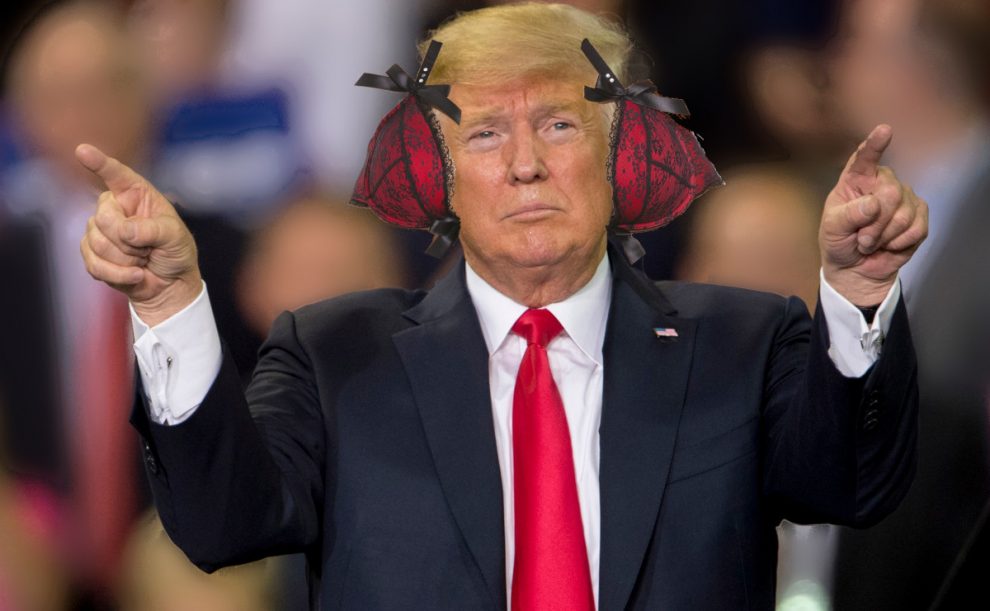 When one’s personal lawyer has just been sentenced to three years in jail for making the hush-money payments for adultery payoffs, whether the legal issue has been solved or not, one can hardly listen to the president of a foreign country on a translated phone conversation. The Turkish president is an animated speaker and listening to him is a joyous event for millions of Turkish people. But let’s give U.S. President Donald Trump a break since he has had a lot to contemplate lately.

He must have just heard that Michael Cohen was going to rot in jail for delivering the money to Stormy Daniels, and even the Wall Street Journal writes that Trump was involved in or briefed on nearly every step of the agreements Cohen had made with her. Sir, Mr President, if I may address to you directly at this point rather than my readers: as a president of this fabulous country of yours you leave may things to be desired in a leader, but as a married man, you lack the necessary virtues of that institution, sir!

Back to the subject at hand: listening to the president of other countries when the whole judiciary establishment is after your scalp must require the auditory skills of Lincoln. We have to accept that neither the ability to listen to others nor mastery in international affairs is Trump’s cup of tea if it is not about buying lots and plats for erecting a new tower. Since we are talking about the Trump Towers: Ivanka has been renting her father’s ballrooms for her father’s inauguration ball at exorbitant rates. Unfortunately, campaign funds are sacred cows in American politics, and you cannot milk them like that.

Misfortunes never come singly, and when Trump was inundated up to his ears with legal problems, then came the Turkish president on the phone talking about a “terror state,” or “the PKK extension in Syria,” and the U.S. contribution of thousands of trucks filled with military equipment, heavy armaments and ammunition to those terrorists.

“What is this?” he must have asked John Bolton, his obedient and trusty National Security Adviser, gesturing with his open palms to him. Bolton must have drawn circles in the air while he continued to churn up excuses, false promises, “We appreciate your concern” and “I feel your pain” garbage. Trump rolls his eyes and repeats those words.

Didn’t he just appoint the guy they say to be the best “area expert” as his direct representative in Syria? Yes, he did: Jim Jeffrey serves as the U.S. Special Representative for Syria Engagement. Yes, he is a senior American diplomat and expert in the political, security, and energy issues in the Middle East, Turkey, Germany and the Balkans and God-only-knows what else? But he has another pin on his lapel: he is a “New Conservative” (a neocon in the political parlance) committed to carving a PKK state out of Iraq, Syria, Iran and Turkey whether it is run by terrorists or by local chieftains.

Bolton “the mustache,” as CNN calls him: one of America’s most hawkish and ineffective diplomats for decades, the architect of the Iraq War, an enemy of multilateralism and a foe of the United Nations, had hand-picked Jeffrey to convince the Turks to acquiesce to the centrality of a “Kurdish state” to prevent any probable Iranian assault on Israel. The Pentagon assured the White House that should Jeffrey fail to pull the wool over Turkish eyes, they were going to fly American flags on 12 watch towers around the PKK area: “They cannot fire at an ally’s flags and soldiers. Can they?”

Mr President, again if I may address to you directly, it all depends on how you define an ally nowadays. We in Turkey do not think you cannot declare sanctions on your allies. One of your predecessors defined the rules of association for NATO, and you are now writing the book on dissociating the alliance. You are ruining a perfectly good alliance in the North Atlantic as well as a perfectly good union in your own country.

By the way, Turkey now has the military capability to shoot at terrorist without hitting your “GI Joes.” Mr President, you will definitely hear the roaring guns despite all that political and legal chaff in your office.

Should California taxpayers worry about Gülenist schools?
What happens if the UN opens an investigation on the Khashoggi case?
Comment