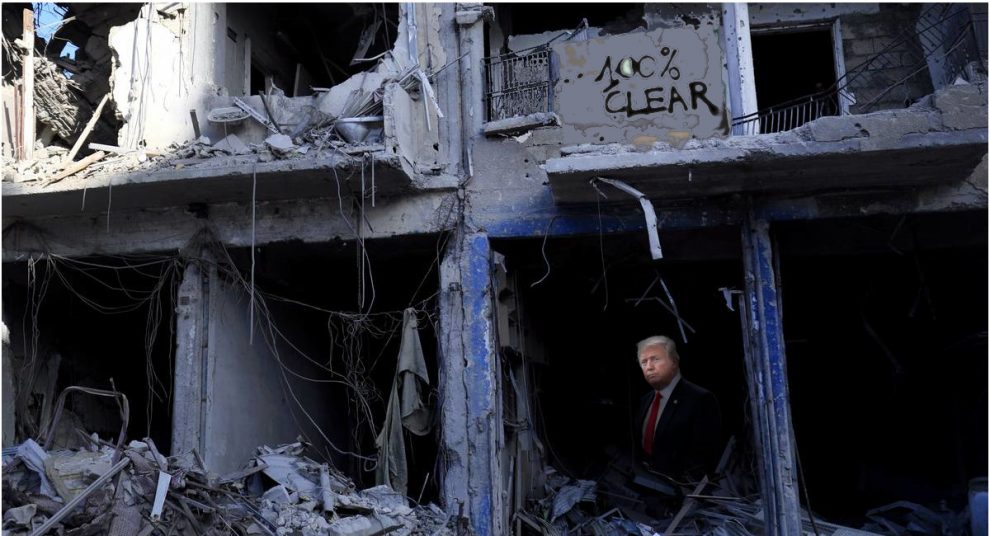 President Trump is bullying the world’s nations one by one. Even at the time of his election, the U.S. already had a long list of countries – Myanmar, The Ivory Coast, Cuba, Iran, North Korea and Syria – it sanctioned over political reasons and alleged human rights violations. But since assuming office, Trump has been quick to make that list even longer with what he calls “economic sanctions.” Not all of them target entire countries, but specific people and organizations in the Balkans, Belarus, Congo, Iraq, Liberia, Sudan and Zimbabwe.

Now, he has started to create his own sanctions that are neither political nor related to human rights violations. The media and scholars are calling this “targeted sanctions” but we can safely call them the “Make America Great Again Sanctions.”

U.S. public diplomacy has managed to inject in the minds of the political classes of the world that it was not a good idea to get on the U.S.’ bad side because it is the wealthiest country. All the presidents before Trump acted on this perception, yet they were “nice” enough to get a resolution from the Security Council and make it a “U.N. Sanction.”

The Donald, with the nicety of a bull in china shop, is fast becoming a dictator the U.S. never had before, by simply abusing the law (the Magnitsky Act) that gave the administrations the power to sanction other countries when required, on grounds of U.S. national security. He is doing it so heedlessly that prominent scholars are getting together and discussing the legal and policy issues surrounding these targeted sanctions.

The George Mason University Law School, for instance, will host a symposium on the Magnitsky Act. Not only the media and universities share great worries about the president’s abuse of the law, but it has been reported that there is controversy within the White House as well. Trump is dismissing these stories as “fake news” as usual, but the abuse of the “national security concerns” has a long chapter in U.S. history and left a very bad taste in the mouths of a generation old enough to remember, Richard Nixon – the Tricky Dicky. Nixon’s road to impeachment and resignation from the office was paved by national security abuses.The disgraced Steve Bannon is back in business ahead of the November midterms. His new 25-person propaganda machine is feeding the domestic public opinion with the idea that through these targeted sanctions Trump is implementing his campaign promises: Jobs are coming back; the teen unemployment is at an all-time low, etc. Nobody reminds them that every summer the teen unemployment goes down in the country!

A similar machinery is pumping to the foreign public opinions that a “U.S. military action is nothing compared to the repercussions that economic sanctions from the U.S. can bring about.” Trump has discussed the current sanctions on Turkey with his Cabinet. Oooo, scary! Treasury Secretary Steven Mnuchin even said that they were considering more sanctions on Turkey. Ohh, daunting, demoralizing, disconcerting! Turks must be shaking in their boots!

In the meantime, there are a few takeaways from all these:

1. Turkey and other targeted countries have not been intimidated by the U.S. bullying. Quite contrary, Trump has pushed them to unite and re-evaluate their relations.

2. Turkey has not been seen as a real strategic ally by the U.S. Trump may not have any opinion on the geostrategic importance of Turkey. He probably is much more knowledgeable about locations prospective Trump Towers in Istanbul as an addition to the one he already erected. But the state, defense and treasury departments should have prevailed in cabinet discussions.

3. When Trump falsely claimed that Turkey has been taking advantage of the U.S., the American finance and defense people, as well as historians, should have pointed out the fact that Turkish-U.S. relations have always been balanced and resulted in a win-win situation.

Not hearing a word from them is what is really demoralizing and disconcerting. We are approaching the point of no return fast.

Is volatility in the Turkish lira driven by speculative attacks?
Trump unifies an economic front against the US
Comment