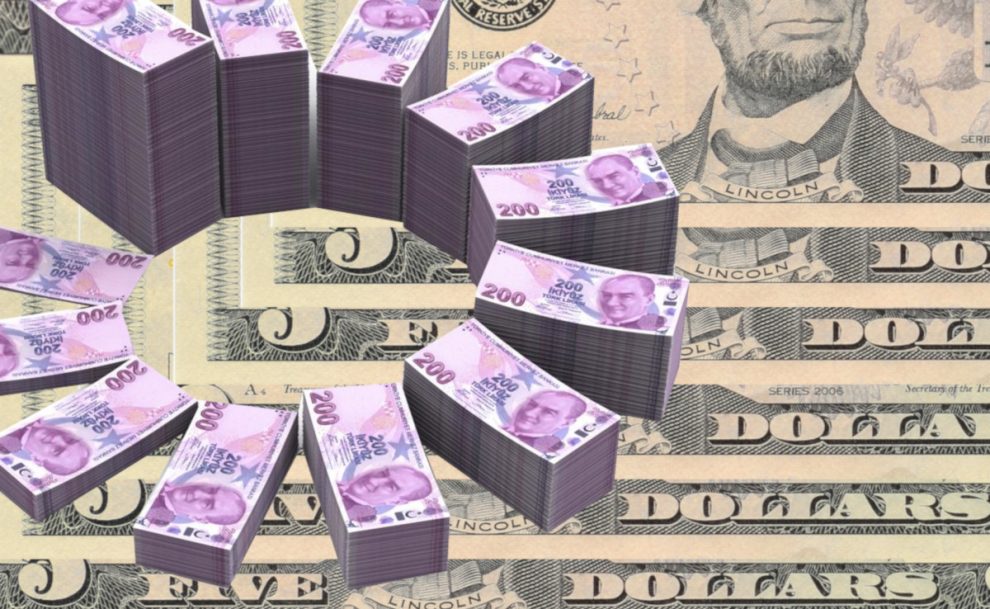 The Turkish economy is facing challenges, however, part of this is speculation aimed at weakening the country.

There have been unusual developments in the foreign exchange market over the last two weeks in Turkey. The fundamental reason for the sudden depreciation of the Turkish lira (TL) is the escalating political tensions between Turkey and the US in recent weeks. Disregarding the rule of law, the US asked for the release of Andrew Brunson, who has an ongoing trial process accused of having been in close contact with important members of the Gulenist (FETO) organisation, a designated terrorist organisation behind the coup attempt in 2016.

Demonstrating a principled stance, Turkey rejected this inadmissible request and not long after, Donald Trump posted last Friday via Twitter, that the US would double steel and aluminium tariffs on Turkey.

Under the Trump administration the US has taken several decisions that threaten the global economy. Firing up trade wars with major global actors, especially with China and the EU, imposing economic sanctions on Iran and Russia while jeopardising the status-quo of the already fragile global economy. Disregarding international agreements and breaking WTO rules, the US is deviating from the free trade system that it, itself, helped to create.

These developments indicate that the US is also intentionally and aggressively attempting to have an impact on emerging market economies that are expected to gain a larger share of the global economy within the next 20 to 30 years.

Currently there is no state that can balance the economic and political power of the US, which in turn drives America to abuse its power by putting obstacles in the way of developing countries such as China, Russia, Brazil, Mexico and Turkey. In doing so, the USA is attempting to protect its central role in the world.

The US is also perturbed by attempts of some countries, including Turkey, to increase their trade volume through local currencies, rather than using the dollar in their bilateral trade transactions.

Global uncertainties, fuelled by trade wars and geopolitical risks, and the rise of US Dollar interest rates have caused a sharp decline in international investment appetite for developing countries over the last two years.

In this uncertain global environment Turkey has found it difficult to attract foreign capital in comparison to previous years. Add to this the strained US-Turkey relationship, which resulted in foreign investors selling off TL-denominated assets, causing the lira to depreciate tremendously within less than two weeks.

Such a sudden depreciation in the national currency does not reflect the reality of the Turkish economy. The Turkish economy has been growing rapidly since the last quarter of 2016. Thanks to strong growth performance and government incentives on creating new jobs, the unemployment rate declined from 13 percent to 9.7 percent within a year. Public finance figures are pretty solid compared to many other countries with a similar economic profile. The public deficit as a share of GDP is below two percent; public debt to GDP ratio is almost 28 percent. Thanks to first-generation reforms implemented after the 2000/2001 crisis, the banking sector of Turkey is strong against speculative attacks.

The economic management team is well aware of them, which is why the minister for Treasury and Finance announced a new economic model in cooperation with the largest companies in Turkey.

The central bank tightened its monetary policy significantly earlier in the year to curb inflation. It also sent a strong signal that it will tighten further if it considers it necessary. Furthermore, the ministry declared the government is going to implement tight fiscal policy over the next year and a half to fight inflation and the current account deficit. Increasing coordination between fiscal and monetary policies will, sooner or later, ensure a macroeconomic rebalancing.

As a response to some fabricated news on the convertibility of the TL and harsh capital controls, President Recep Tayyip Erdogan and Treasury and Finance Minister Berat Albayrak made statements clearly indicating that Turkey is not moving away from the rules of free-market economics and all necessary steps will be taken to ensure economic stability.

The Banking Regulation and Supervision Agency (BDDK) put new limits on foreign exchange swaps to restrain speculative attacks on the TL. The Turkish Central Bank (TCMB), as the lender of last resort, provided liquidity that the banking system needs by reducing reserve requirement ratios and raising the maximum average maintenance facility for FX liabilities. After all these statements and policy actions, the TL has bounced back rapidly.

Even if high inflation and current account deficit and short-term liabilities of non-financial companies are creating pressure on the exchange rates, they are not insurmountable problems that could lead to a 40 percent depreciation in a few days. All these issues – as I tried to explain above – indicate that the main reason for the excessive volatility in exchange rates in recent weeks is mainly caused by speculative attacks exacerbated by rising tensions with the US and backed by manipulative news coverage. As clouds of uncertainty over the financial markets dissolve, the Turkish economy will recover from this turbulence and the value of the TL will find a more stable footing.