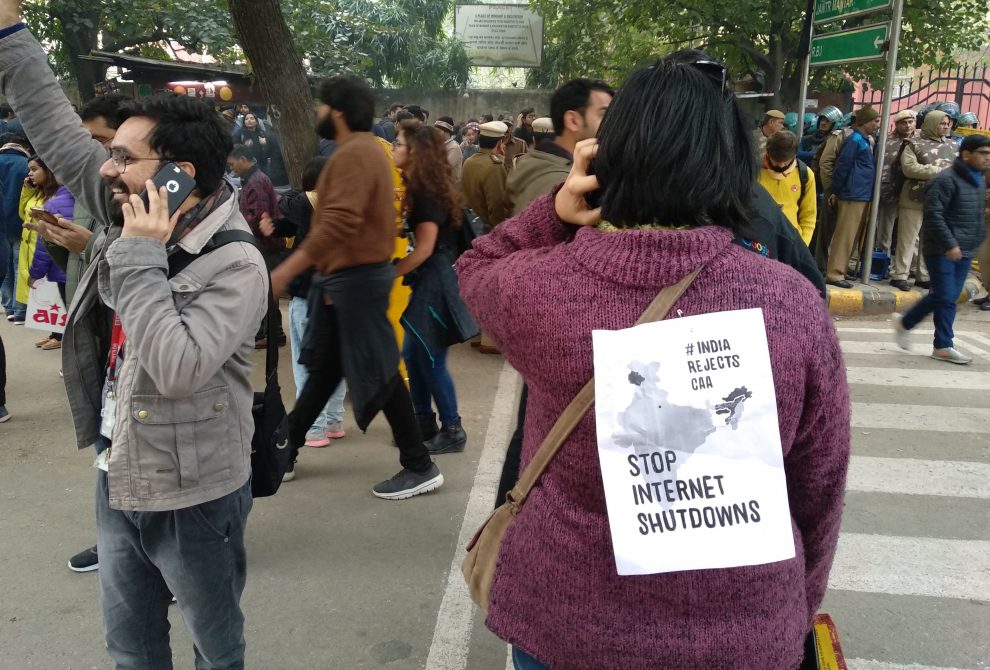 Uttar Pradesh, or UP, India’s most populous and a poverty-stricken state, is also an unruly and violent place.

Bordering Delhi, the Bharatiya Janata Party (BJP)-ruled northern state has lived up to its dubious reputation in the last few days as thousands of protesters took to the streets against the country’s discriminatory citizenship law and suffered police violence in many cities.

At least 19 people have been killed in UP in the protests against the recently-approved Citizenship Amendment Act (CAA) and the planned National Register of Citizens (NRC) in which more than 1.3 billion Indians would be required to prove their citizenship.

Thousands have been arrested and beaten by police in an unprecedented crackdown.

“Uttar Pradesh is under a reign of terror,” a statement issued by a group of activists after visiting the violence-affected cities said on Thursday (26 December).

“The goal is not just to suppress all dissent against CAA/NRC in Uttar Pradesh, but to send a signal to anyone who may dare to raise a voice against anything,” they said.

The Uttar Pradesh “police has acquired a notorious reputation for repeatedly breaching the due process of law,” the statement further said.

The Hindi-speaking state, where the number of people is almost equal to the combined population of Turkey, Iran, Saudi Arabia and Uzbekistan, is no stranger to police excesses and communal violence.

“Ever since the beginning of the anti-CAA/NRC protests, UP police has crossed all limits of a constitutional democracy. There is little doubt that all this is happening under the personal direction, sanction and supervision of the Chief Minister. He publicly announced a doctrine of revenge against the protesters,” noted the statement released at a news conference.

She said because of a communal mentality, the police doesn’t treat Muslims as equal citizens.

UP’s saffron-robed priest-politician chief minister Yogi Adityanath has been a controversial figure and accused of inciting hatred against the minority community. 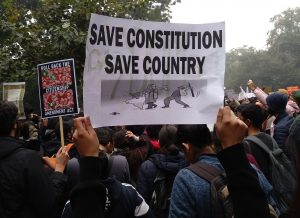 When he became chief minister in March 2017, Adityanath’s hardline supporters were happy that that he would make life difficult for the state’s 40 million Muslims.

The state has made national headlines over mob lynchings, violence over meat consumption, politics over the cow, hospital deaths, rapes, extra-judicial killings, and religious and communal strife.

This is the same state that has poisoned India’s inter-community relations and politics over the decades through the Ayodhya temple movement, which led to the destruction of the Babri Masjid on 6 December 1992.

UP’s human development indicators are appalling and the manufacturing of myths is done on an industrial scale.

One myth often heard among BJP supporters is that the famous Mughal-era monument Taj Mahal was an ancient temple and should be demolished.

Most protest-related killings by police have been reported from the BJP-ruled states, with Uttar Pradesh being the worst.

The horrors of violence include policemen vandalizing homes, stealing valuables, destroying cars, torture in custody, arrests of people on false accusations, denial of medical help to injured protesters, and confiscation of property.

There are serious accusations of intimidation and harassment of families of detainees.

“Worse, the government has made it very hard to gather information about what exactly is happening in Uttar Pradesh. Internet has been shut down for good part of the last week almost all over the state,” the activists said in their statement.

“Media persons, human rights activists and even lawyers have been detained for trying to find out about the detainees. Opposition leaders have been prevented from visiting the places affected by police atrocities. Therefore we still do not quite know the extent of police repression,” they said.

More than 1,100 people are under arrest and 5,558 are in preventive detention, Indian media reported on Thursday.

BJP leaders have been accused of stoking anti-Muslim violence through incendiary remarks.

“You kill them, you loot them, you maim them and then you accuse them of burning the state. And the nineteen Muslims killed in the state must have shot themselves?” Rana Ayyub, a journalist who has written a book on the 2002 anti-Muslim violence in the state of Gujarat, wrote in a tweet in response to a ruling party leader’s remarks on Uttar Pradesh.

The ongoing nationwide protests over the citizenship law reflect widespread fears that the measure is designed to disenfranchise the Muslims, institutionally reduce them to second-class citizens or even take away their citizenship rights altogether.