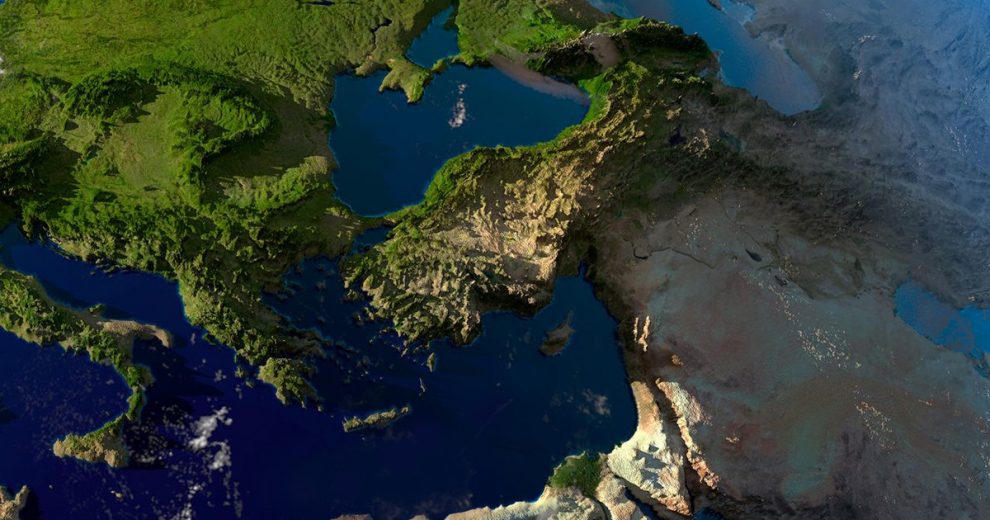 During the last two centuries, Islamic civilizations have lived through a period of depression and chaos. When the Ottoman Empire eventually disintegrated at the beginning of the 20th century, most of the Muslim territories were occupied by Western colonial powers.

Thanks to the rapid development of Western countries in the fields of science and industry, Western civilization dominated the rest of the world. As the world divided into “the West and the rest,” the phase of primitive capitalism concluded with the colonization of India, China, Latin America, Africa and the Middle East.

In this respect, Africa constituted one of the most tragic and devastating components of the history of Western colonization. During the course of four centuries, from the 16th to the 19th centuries, hundreds of thousands of people from the African continent were enslaved and shipped off to America, or “the New World.” Slave prisons and concentration camps in Ghana or Zanzibar, which were later transformed into museums of human tragedy, are the witnesses of this massive transatlantic slave trade.

For centuries, the Ottoman Empire struggled to preserve its imperial integrity by defending the Muslims of the world against the rapid process of Western colonization. In his book, “The Long Century of the Empire,” İlber Ortaylı underlined the Tanzimat Reform era as an attempt to modernize the Ottoman state structure for halting the penetration of Western colonization into the Islamic world. Although the Ottoman Empire eventually collapsed, the process of modernization concluded with the foundation of the modern Turkish nation-state.

During the last phase of World War I, Enver Pasha attempted to eliminate the Russian forces in the Caucasus, while Cemal Pasha embarked on an expedition to remove the British forces from the Suez Canal. Despite the course of the war, the Ottoman army devastated the British army in the siege of Kut Al Amara in Iraq and imprisoned thousands of British soldiers. Last but not least, the Ottoman army defeated the Allied forces of Britain, France and Russia in Çanakkale.

When the six-century-old Ottoman Empire eventually collapsed, the Islamic world as a whole was colonized by Western powers. The military occupation was crowned by a psychological occupation at the end of which the historical and cultural traditions of the Islamic civilization was condemned to degradation.

Although the Turkish War of Independence rapidly succeeded with the foundation of the Turkish Republic in 1923, most Muslim countries were not able to achieve independence until the 1950s. The eruption of World War II and the succeeding Cold War enabled Muslim countries to pull themselves together. Despite the fact that the Cold War ended with the disintegration of the Soviet Republic and the Eastern bloc, the unipolar world order of the United States did not last long.

At the beginning of the 21st century, Turkey emerged as a rising power in the international arena. Thanks to its substantial state tradition, each international crisis enabled Turkey to prove its significance for the emerging global world order.

Today, Turkey’s destiny has become identical to the destiny of its leader, President Recep Tayyip Erdoğan. As our century is the century of leaders, this critical juncture constitutes, in the words of the great thinker Sezai Karakoç, the “solstice” for Turkey and Muslims as a whole.