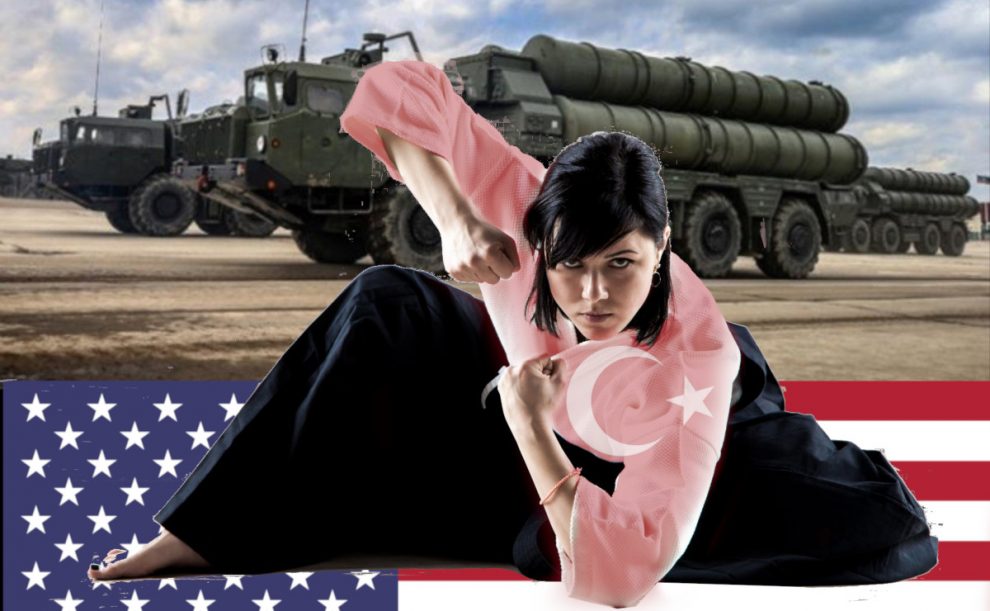 Ai Ki Do was developed by Morihei Ueshiba who was a thin Japanese. Sensei who lived between 1883-1969 combined physical and defense systems and succeeded to parry attacks of assaulters who are more powerful than himself.

The main principal of Ai Ki Do is to direct the power and distribute the power with rotation.

One who knows Ai Ki Do can make the assaulter who is more powerful than him regret deeply. Without hitting even one punch.

Today’s war technologies are very advanced. Countries having war technologies became impudent. We see some examples in Middle East. USA who feels itself military police of the world and who killed thousands of innocent civilians with a single bomb is the biggest impudent. Yet, its technology is very advanced. Its weapons are so powerful. It is almost impossible to confront it.

Moreover, this pity country uses the people it fools as soldiers. The children killed by USA with the bombs dropped from 30 thousand feet are used by craped out ISIS militants.

Does Ai Ki Do invented by a thin Japanese not work in this case? Why not.

Like Ai Ki Do which is able to focus (not voluntarily focus) on assaulter. No assaulter, no system working. It does not hit an imaginary target.

Almaz Central Design of Russia is a nightmare of modern weapon owners. Just like thin Morihei Ueshiba who spread fear on bullies.

And, they should be.