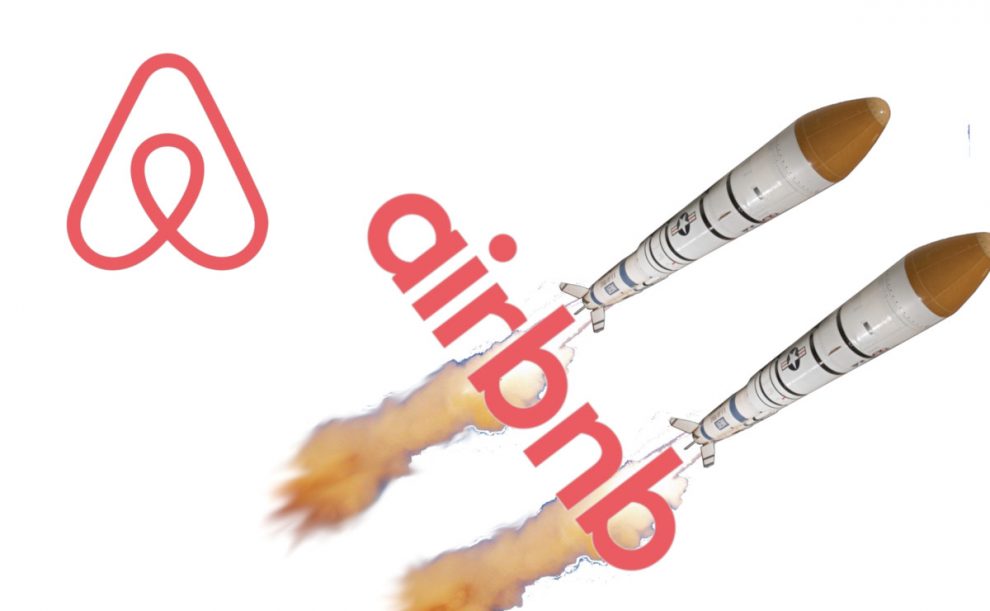 Airbnb said on Tuesday it would not implement a planned delisting of Israeli settlements in the occupied Palestinian West Bank. The platform also continues to be available for bookings in Israeli settlements in East Jerusalem and Golan Heights.A‌i‌r‌b‌n‌b‌ is a privately held global company headquartered in the U.S. that operates a hospitality service which is accessible. Customers can use the service to arrange or offer lodging, primarily homestays. A‌i‌r‌b‌n‌b annual revenue was $2.6 billion in 2017.Since A‌i‌r‌b‌n‌b‌ was founded ten years ago, it has offered accommodations in the occupied Palestinian territories Jerusalem, Golan Heights and West Bank. Airbnb had said in November 2018 it would remove the listings of some 200 settlement homes. That decision was deplored by Israel and challenged in some U.S. jurisdictions.
Announcing a resolution of lawsuits brought against it, Airbnb said on Tuesday it “will not move forward with implementing the removal of listings in the West Bank from the platform. We will continue to allow listings throughout all of the West Bank, but Airbnb will take no profits from this activity in the region.“ But illegitimate owners of residential property in the occupied Palestinian territories will take profits from their activity in compliance with Airbnb.Due to international humanitarian law, this business activity in occupied terroritoriy is illegal. In the early years of the occupation, the main ploy that Israel used to take over land for building settlements was to seize the land “for military purposes”. Military seizure orders were issued for some 3,100 hectares of land, most of which were earmarked for building settlements. Several Palestinians petitioned Israel’s High Court of Justice (HCJ), arguing that the seizure violated international law, since it served a civilian purpose of building a settlement rather than true military needs.
The Israeli military occupation forces then came up with a new approach whichmade it much easier to disseize Palestinian soil by declaring it as Israelie state land, even when the land in question was considered private or collective Palestinian property under British and later Jordanian rule. One method for achieving this was requiring Palestinians to regularly cultivate farmland as a prerequisite to acquiring ownership rights; another was to disregard the provisions of local law, which grants Palestinian communities collective rights to use grazing areas and other public land.
By employing these new tactics, from 1979 to 2002 Israel declared more than 90,000 hectares of land as state land. There are now some 120,000 hectares of state land in Area C, constituting 36.5% of Area C and 22% of the entire West Bank. An additional 20,000 hectares of state land are located in areas A and B, where planning is in the hands of the Palestinian Authority.The establishment of the settlements contravenes international humanitarian law, which states that an occupying power may not relocate its own citizens to the occupied territory or make permanent changes to that territory, unless these are needed for imperative military needs, in the narrow sense of the term, or undertaken for the benefit of the local population.The existence of settlements also leads to the violation of many human rights of Palestinians, including the rights to property, equality, an adequate standard of living and freedom of movement. In addition, the radical changes that Israel has made to the map of the West Bank preclude any real possibility of establishing an independent, viable Palestinian state in fulfilment of the right to self-determination. Although the West Bank is not part of Israel’s sovereign territory, Israeli has applied most of its domestic laws to the settlements and their residents.
As a result, the settlers enjoy almost all the same privileges as citizens living within Israel. Meanwhile, Palestinians continue to live under martial law and are thereby systematically deprived of their rights and denied the ability to have any real impact on policymaking with respect to the territory in which they live. In creating this reality, Israel has formed a regime in which a person’s rights depend on his or her national identity.Israel has refrained from formally annexing the West Bank (except in East Jerusalem). In practice, however, it treats the settlements established throughout Area C as extensions of its sovereign territory and has virtually eliminated the distinction for Israeli citizens – while concentrating the Palestinian population in 165 disconnected “islands” (Areas A and B).
This double movement, of Israeli settlers taking over more and more West Bank land and Palestinians being pushed aside, has been a consistent mainstay of Israeli policy in the West Bank since 1967, with all Israeli legislative, legal, planning, funding and defense bodies working towards that end.As long as Airbnb allows illegitimate owners of residential property in the occupied Palestinian territories to profit from unlawful acts as illegal expropriation of land or theft of soil to the detriment of the legitimate owners who are Palestinian native people, one should carefully consider whether Airbnb is a platform that suits you.
Source: martinlejeune.de