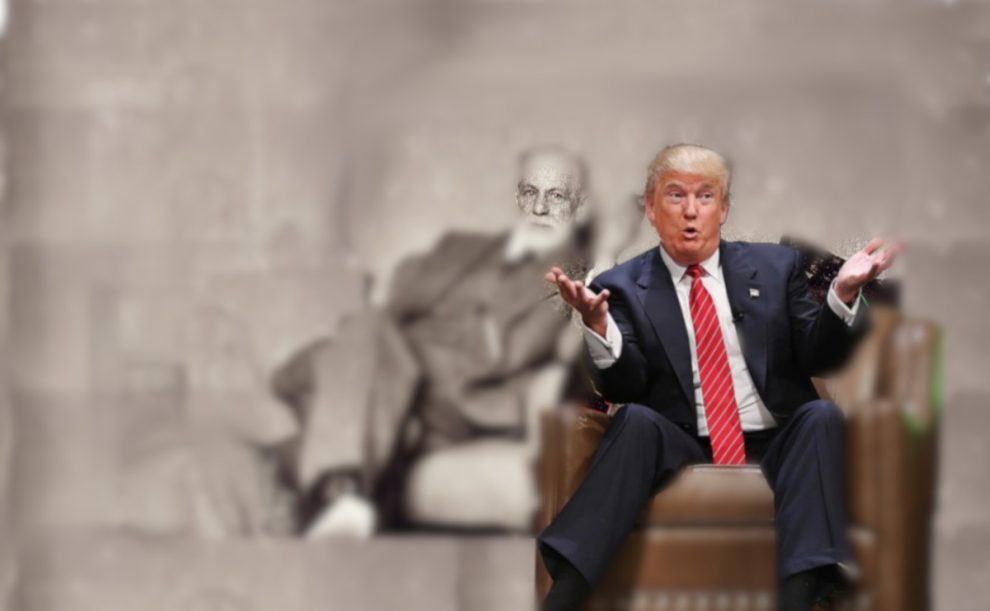 Perhaps because of a clinical psychologist-in-residence, psychological terms and diagnostic information are, well, among the household items in our home, despite the fact that psychologists ethically shun away from passing an opinion on politicians in psychological terms. Yet, like all of us, when symptoms are extremely obvious, they cannot help themselves. As a matter of fact, Dr Bandy Lee of Yale University and 26 other psychiatrists and mental health experts even wrote a 360-page book on “The Dangerous Case of Donald Trump.”

CNN’s Zachary Wolf counted Trump’s major spins in one week and noticed that they all turned into flips. He writes, “President Donald Trump likes to spin his finger in a circle and make a whirring noise when he’s making fun of wind turbines as a source of renewable energy. But it was the president’s policies that were spinning this week.”

In case you missed them, here is Wolf’s tally of spins and flips:

– The border with Mexico will not be closed.

– Republicans will not soon present a replacement for the Affordable Care Act.

– He doesn’t actually think the Mueller report on Russian election interference should be publicly released.

– His choice to head the Immigration and Customs Enforcement (ICE) is no longer his nominee.

To utter the words that spring to his mind would be enough a sin for any politician, let alone for the president of the whole wide world. Young children do that. They create stories and tell parents and friends about them as if they were real. When adults do it, the science of psychology has a name for that: unnecessary lying. According to David J. Ley, who holds a doctorate in psychology, of Psychology Today magazine, there are six major reasons for pathological liars to lie when they don’t need to. I will try to paraphrase his points:

1. The lie does matter to them: What matters in their fancy is that people around them (in the curious case of Donald Trump, the whole world population) are waiting to hear what he thinks.

2. Telling the truth feels like giving up control: Trump has to have the final word on legislative issues, otherwise those old Republicans and their young and idiotic advisers will have the control of the Capitol. His narcissistic ego cannot accept being second to anyone.

3. They don’t want to disappoint you: Trump who tells lie after lie is worried about losing the respect of the U.S. and the world politicians. His narcissistic ego needs to be admired continually.

4. Lies snowball: So, Trump needs a new lie to explain out the previous one which has been fact-checked by the CNN, and now the whole world knows he lied.

5. It’s not a lie to them: It is not important for him that he said the Mueller report should be publicly released a week ago, and now he says it shouldn’t be. That is the fact in his mind now, and he is simply speaking his mind.

6. They want it to be true: The hurricane relief help of $91 billion to Puerto Rico, the U.S. Democrats wanting to kill babies after birth as part of birth control, describing democratic rallies having 200-300 people, 58,000 non-citizens voting in Texas, having 25 million illegal residents in the U.S., and almost all other 240 lies documented and checked by the Politifact.com are actually what Trump wishes to be true. He badly desires that they be true. He hopes that he can make them come true by saying it.

My sources say that there is a slight difference between a pathological liar and those who, even frequently, tell unnecessary lies. Mr. Trump is not there yet.

I think we should be thankful for having him as president simply because the only urge he seems to have is to lie and this is a great part of his personality. This narcissism is not as harmful as say religious urges as in the case of Vice President Mike Pence. When you have absolute truths in your head because of your religious beliefs and if you cannot tell the difference between what is in your head and what is in the world, both become dangerous places. But this is another issue.