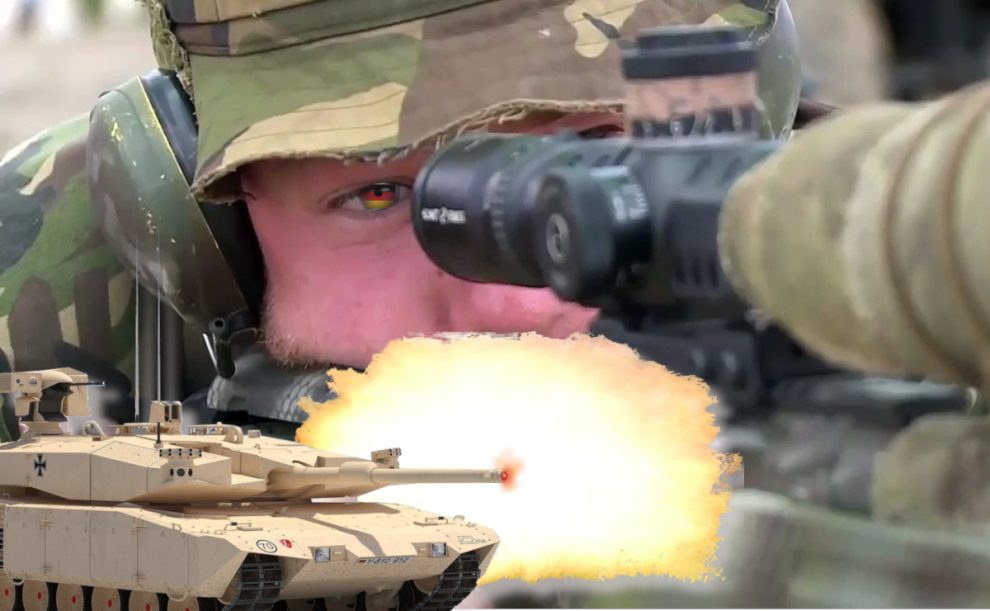 For the first time, the federal government of Germany has admitted that combat aircraft „Eurofighter“ and „Tornado“ are used in the assault on Yemen. In a classified meeting of the Foreign Affairs Committee of the German parliament „Bundestag“, it became known that the federal government of Germany has its own intelligence on the use of „Eurofighter“ and „Tornado“ fighter aircraft in Yemen.

Both fighter jets are developed and built by Germany together with other countries such as Great Britain and Italy. The federal government of Germany has always stated that it has no indications of such operations. Most recently, Germany’s federal minister of economic affairs, Peter Altmaier, stressed in February 2019 that he had „no knowledge“ that German armaments technology would be used in Yemen.

Between 2010 and 2015, arms manufacturer Nexter had delivered 132 CAESAR self-propelled 155 mm/52-calibre gun-howitzer to Saudi Arabia, with the Unimog chassis and diesel engines for this weapon system coming from Germany. The engine is from Mercedes-Benz in Stuttgart.

A source identified several large military trucks in a convoy in Yemen by Rheinmetall MAN Military Vehicles GmbH (RMMV), a joint venture of Rheinmetall (51 percent) and truck manufacturer MAN (49 percent) based in Munich.

In Yemen, the war coalition uses inter alia MK80 series bombs (various types from 250 to 2000 pounds) and artillery ammunition, which are manufactured by RWM Italia. On 17 April 2018, a coalition of human rights organisations filed a complaint in Italy against officials from the Italian foreign ministry and RWM Italia.

Amnesty International and Human Rights Watch have documented the use of Paveway IV missiles and Mk83 bombs in Yemen. At the beginning of 2017, a United Nations commission of experts came to the conclusion that several deployments of these weapons raise substantial doubts as to their admissibility under the rules of war or international humanitarian law.

The UAE Navy is participating in the naval blockade of allegedly around 20 warships,which also includes corvettes from Germany.The „Muray Jibclass missile corvettes“ of the Emirati Navy—Germany delivered two of the Lürssen CM65 corvettes to the UAE between 1990 and 1991—are said to have been involved in the naval blockade, and one of the two used mine-hunting ships of the Frankenthal class, which were exported in 2006 and have since been modernised, accompanied the Emirati warships such as the Baynunah corvettes, which are also part of the naval blockade and which are equipped with MLG 27 on-board guns manufactured by Rheinmetall in Oberndorf.

Arms export licences up to and including 26 December 2018. Total values for 2018 derived from parliamentary questions to the federal government. The dates of withdrawal from the coalition of Qatar (June 2017) and Morocco (April 2018) were taken into account in the aggregation of the figures.