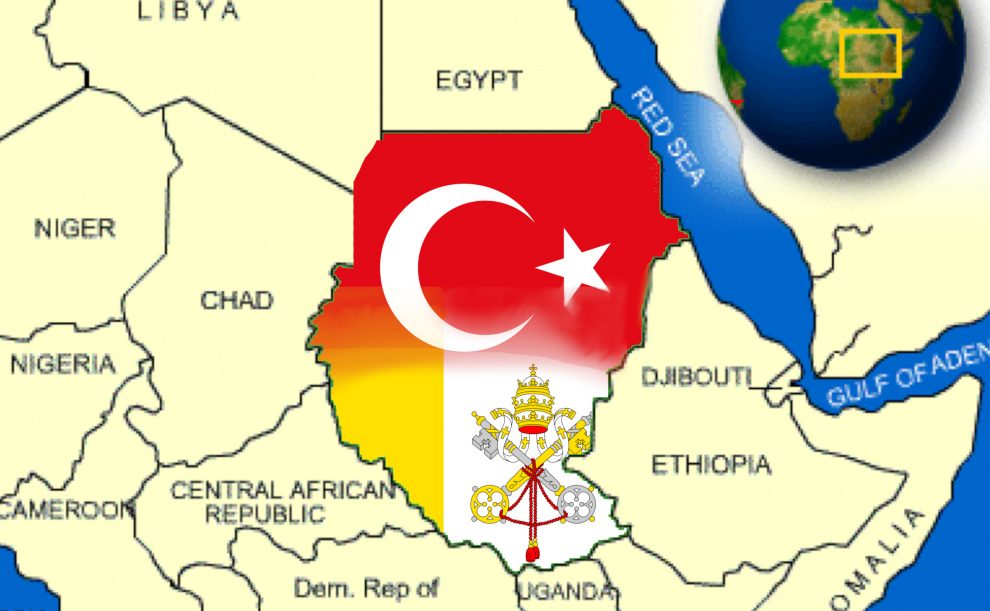 In an address on state television, the Sudanese First Vice President and Minister of Defence Lieutenant General Awad Mohamed Ahmed Ibn Auf, announced a two-year period of military rule to be followed by presidential elections. Ibn Auf said President Omar Al Bashir was being detained in a „safe place“ and a military council would now run the country.

The Chairperson of the African Union Commission, Moussa Faki Mahamat, is closely monitoring the ongoing developments in Sudan, in particular the announcement of Ibn Auf on the suspension of the Constitution, the dissolution of the National Assembly, the formation of a military-led transitional government which will rule for two years, and the arrest of President Omar Al Bashir, as well as the imposition of a state of emergency for three months.

Faki expresses the African Union conviction that the military take-over is not the appropriate response to the challenges facing Sudan and the aspirations of its people. Faki also recalls the 2000 Lomé Declaration on the unconstitutional change of Government and the African Charter on Democracy, Elections, and Governance, which strongly condemn any unconstitutional change of Government and commit member states to the respect of the rule of law, democratic principles and human rights. In view of the ongoing developments, Faki reiterates these provisions, and looks forward to the Peace and Security Council meeting swiftly to consider the situation and take the appropriate decisions.

In the meantime, Faki urges all concerned to exercise calm and utmost restraint and to respect the rights of citizens, foreign nationals and private property in the interest of the country and its people.

Faki further appeals to all stakeholders to engage in an inclusive dialogue to create the conditions that will make it possible to meet the aspirations of the Sudanese people to democracy, good governance and well-being and restore constitutional order as soon as possible.

The Chairperson expresses the African Union solidarity with the people of Sudan, and pledges its commitment and readiness to support Sudan during this period, in line with the relevant AU instruments and principles.

The Turkish President Tayyip Erdoğan called for national reconciliation in Sudan. Answering reporters’ questions following the press conference, President Erdoğan, in response to a question regarding the military coup in Sudan, said: „My wish is that Sudan should succeed in this calmly and I believe at this point that Sudan should resolve this issue in a peaceful and brotherly manner and allow the normal democratic process to work. It is my most important wish that Sudan gets over this process on the basis of national reconciliation and in peace.“

Erdoğan, who has deepened Turkey’s investments in Sudan recently, said the two countries had deep relations that Turkey wanted to maintain. “Sudan is a country that we have deep-rooted historical relations with, and we are certainly in favor of the continuation of these deep-rooted relations“, Erdoğan said.

“We are determined to further our cooperation with African countries on the basis of mutual respect”, Erdoğan said. Erdoğan became the first Turkish president to visit Khartoum in 2017, when Turkey signed several deals worth $650 million with Sudan as it emerged from two decades of U.S. sanctions. Al-Bashir also participated in the Islamic summit in İstanbul shortly before Erdoğan’s trip to Sudan.

On July 15, 2016 many Sudanese gathered in front of the Turkish embassy in Khartoum to express their solidarity and support with the people of Turkey after a bloody coup attempt.

Sudan was the first African country which closed all schools with ties to the Gülenist Terror Group FETÖ which was accountable for the 15 July coup attempt. Sudan has signed an agreement with the Turkish Maarif Education Foundation to hand over FETÖ-affiliated schools.

Sudan has various economic potential and a good chance to find a way for a peaceful solution to present challenges. Now, the national dialogue may help to achieve unity and peace for Sudan.

The peace process in the neighboring country South Sudan is also challenged by the latest events. The Vatican press service Fides quoted an unnamed observer from Southern Sudan as saying that former Sudanese President al-Bashir had been the driving force behind the September 12 agreement between South Sudanese President Salva Kiir and his political rival, ex-vice-president Riek Machar.

Among other things, according to Fides, al-Bashir was interested in restoring crude oil production in South Sudan with a stable peace. If a change of power in Khartoum leads to internal insecurity and a weakening of the political pressure on the peace process in the South, new instability in South Sudan could result, according to the Fides analyst.

Today, the Vatican brought together South Sudanese leaders for 24 hours of prayer and preaching inside the pope’s residence. Pope Francis, in a dramatic gesture after an unprecedented retreat at the Vatican, knelt to kiss the feet of South Sudan’s previously warring leaders today as he urged them to not return to a civil war.

He appealed to President Salva Kiir, his former deputy turned rebel leader Riek Machar, and three other vice presidents to respect an armistice they signed and commit to forming a unity government next month.

„I am asking you as a brother to stay in peace. I am asking you with my heart, let us go forward. There will be many problems but they will not overcome us. Resolve your problems,“ Francis said in improvised remarks.