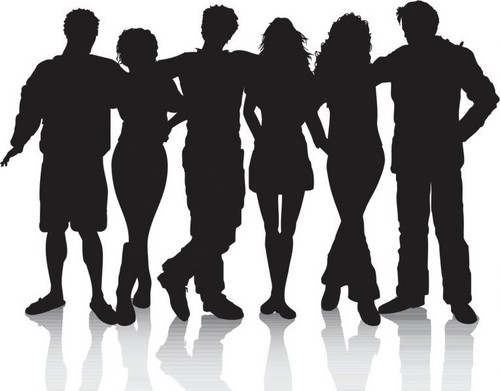 We need to look into the past to find the lost youth of AK Party. The substructure forming individuals starts at the family and reaches up to streets, schools and society. We think that this youth was lost 20 years ago: February 28, 1997.

The coup on February 28 was a destructive incident with economic, diplomatic, sociologic, religious and political meanings. What happened that day was declared as a period “that would last for a thousand years”. Was it so as it was expected?

The purpose of the coup was to maintain the process of state-formation performed by Mustafa Kemal Atatürk and his companions upon the dissolution of the Ottoman Empire. The principles of the New Republic were as much published within the scope of the program of the Republican’s People Party as they were sustained with the actions of this party.

Though some disruptions occurred, the directives were followed. And the late 90s were achieved. Opposite movements which had been rare until then and trying to arise out of their shells intensified. The disquiet that it could be deviated from the foundation program of the country was enough for either visible or invisible dominating powers to hit the button. And the button was hit. The sociologic and social fictional events which were today proved to be conspiracies and natural reflexive reactions “expectedly” showed by the citizens against these events were punished and the legitimate government was brought down. It evolved to a government that would maintain the system imposed by the dominating power. The motto was declared to be a chain of revolutions that would “last for a thousand years”; February 28, 1997.

Interventions for the social thought system, education and economic structure to the course of action were planned. What was done?

All of these interventions were in the belief system which the National Salvation Party followed by the Justice and Development Party (AK Party) based upon. While the force that established the Turkish Republic and was determined to sustain it through that program eliminated Necmettin Erbakan and his team, it did not want to have an ideological loss by either making Imam Hatip Schools ineffective which it considered to be as their backyard or economically weakening them. Those precautions taken created an ideological erosion in the part that would later form the base for “National Vision” in future and a new culture (unculturedness) was made dominant; “the culture of unconsciousness”. The synergistic effect of the coup of 1980 when the press started cultural bombardment was inevitable. It paved the way for the bunch of the unconscious. It spread the seeds for the generation of 1997.

But what was this cultural structuring? With the coup of 1980, a ‘fine’ adjustment was made for the press and the conservative Anatolian public was openly introduced to sexuality as in the idolized TV series of Dallas. This secluded topic easily spread into the family environment and living spaces and started to dissolve the shells protecting the nation one by one without being noticed. The printed media like newspaper Tan lost no time and pornography was made attractive with “red dot”. Though this fast cultural evolution was not able to play with the belief system of the dominating civilization, it managed to change its living style.

“Christ is the prophet of my son”

This sentence was uttered by a person raised by a judge mother and a doctor father with a classical Turkish Islamic culture. The program achieved its aim: as in the visual and printed media, the education provided at schools is an obvious sign of the fact that a generation not introduced to its own prophet was created.

The foundation of National Salvation Party openly manifesting its conformity to the dominating power established the Justice and Development Party in 2001. Probably because “its compliance” with the existing system was not proved through municipality management, a crisis of presidential election was experienced; 2007. The elections in 2002, 2007 and 2011 were won by AK Party with predominant and ever-increasing votes.

The generation of 1997 could not vote yet.

The dominating civilization culturally eroded in 1980 and the following years and torn in 97 clamped together more and more with each political and cultural intervention. Every touch caused cultural differences to be less minded. Gezi Park Protests in 2013 clinched the social structure. Such that it was made possible to see a conservative person holding both an Atatürk poster and the flag of Kelime-I Tevhid (Islamic confession of faith). The party which has a deep-rooted substructure and could vote for the existing power in elections supported the government.

This result sociological, cultural and political considerations for which could last for years was achieved through rooting out in 1997 which started with the cultural degeneration in 1980. The generals of the period such as Güven Erkaya maybe could not see it coming. Actors taking part in political terms like Kemal Alemdaroğlu are not even aware of the first outcomes. Who knows? Maybe they are busy with other conspiracies.

The butterfly effect of 1997 still continues in such a way that every young person of our time will complain about. The lost youth is a ‘mass’ that does not read, thinks daily, keeps away from education and believes to be precious only with their existence. It is a mass impossible to be directed to a goal, make its country love, to send off to military and to impregnate with concern for after-life.

Though the Justice and Development Party seems to have lost, it is the individual, family, the country and even the humanity that has lost. We will suffer the consequences for years.

Speaking out of both sides of your mouth
Apparently we’re the enemy of the Kurds; is that so?
Comment