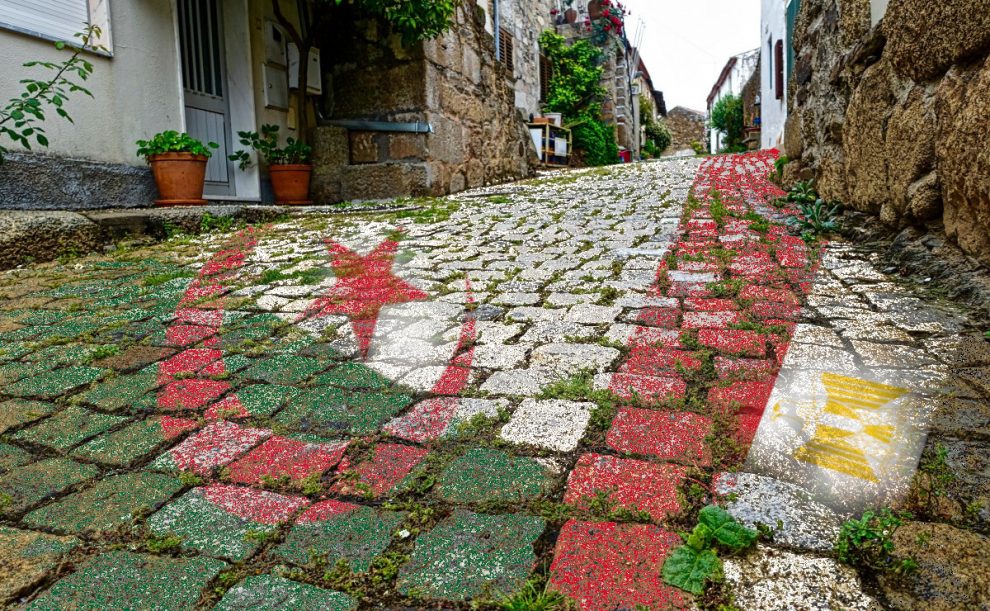 There are some similarities between Egypt and Algeria. Both countries have armies that have been in power since they gained it, and both armies appointed presidents of their own

Algerians are still marching, demanding the fall of what remains of the regime, while the country’s strongman, General Gaïd Salah, is pushing the peaceful marchers to go cast their ballots on July, 4th under an overcast political sky; an election that is categorically rejected by the Hirak, which would oblige the General to ask the Constitutional Counsel to postpone the election.

It has been rough weeks for the Algerians to follow the ongoing arm wrestling match between the General and the marchers. The Chief of Staff and Defense Vice-Minister continues to reassure Algerians with his weekly briefings and seems decided to keep the constitutional order going for the sake of the good function of the Republic’s institutions, while watching the natural progression of the new-born second Republic.

Everyone, however, knows that the Military are the Republic itself. One of the regime’s  heads has fallen, but the regime itself remains intact — this is what the marchers are claiming week-in and week- out even during the Holy Month of Ramadhan under relentless heat waves. They want them all to leave (Y’roho Ga’a), in particular, Mr. Ben Salah, acting-President and Premier Bedoui, who are seen like al-Adli and al-Bablaoui. Fair enough because Algerians are already divided on whether the Military should give them the al-Mouradia Palace keys and leave. 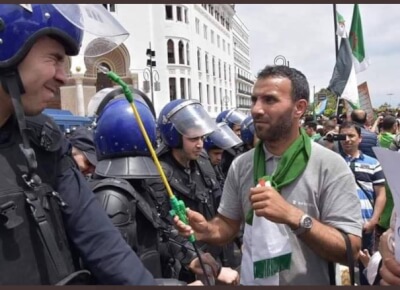 Algerians who are afraid of the Marshal Tantawi scenario ironically are the ones, who worry about the ruling of the Military, yet proudly okayed the Generals’ 1992 coup; and they still believe that they are the ones who ousted ex-President Bouteflika and his clique.

There are some similarities between Egypt and Algeria. Both countries have armies that have been in power since they gained it, and both armies appointed presidents of their own. Egypt has had four, Algeria, three. High-ranking Egyptian military, like their counterparts in Algeria, reverted to ghost C.E.O.s controlling the economy, the media and of the nation’s wealth à la ruse. Both armies are the core of the societal and political structure of their respective countries, and both serve as referee in political affairs.

Accordingly, in Algeria people are not really fed up with Military rule, despite the fact that they do not trust them or simply bear a “why should [I] care” attitude. To the Military account, the Algerian army excelled in saving the country and making it sound for the people at the end of Algerian institutions. Yet the Egyptian Military looked to their counterparts in Algeria’s 1992 scenario and used their play-book. This time the Algerian Military are not going to act like Marshal a-Sissi, they don’t want to become the “Pakistan” of General Pervez Musharraf.

They might play the national unity factor, but they cannot scare the people or even the West anymore over the “Green Peril” narrative of the Algerian secularists and the regime’s profiteers, who willingly prostrated themselves to the Military’s orders like they did in 1992. 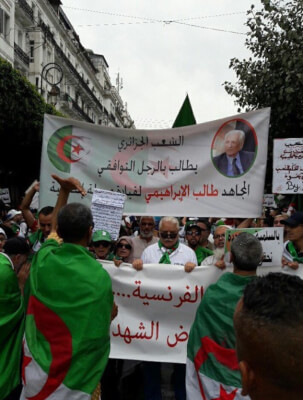 The so-called “Green Peril” had become a major player in the post-25 January Revolt in Egypt in the light of the agitated Arab Spring’s political weather. By contrast, the Marshals were pretending to cave in to the Islamists (Ikhouan), while were pulling the Salafists of Hizb e-Nour to their camp. Do the people really believe the Military would so easily give up power as the people have been demanding? If so, they should not have been wasting long hours marching and gathering in la Grande-Poste forecourt.

Understandably, the Generals are not ready to share power, as they have been enjoying absolute power since 1962, as have the Marshals in Egypt since 1952. One can read what’s happening in General’s Gaïd Salah mind: is someone telling him about the Chilean model, or like some Islamist-leaning analysts and elite argue, about the Turkish model? This could happen if the Algerian Islamist leaders reframe their vision, establish a new manifesto, and find a charismatic and pragmatist leader like President Erdoğan.

Actually, last week Dr. Taleb al-Ibrahimi’s letter addressed to the marchers praising their maturity and political awareness stated, “[we] should all protect these civilisational gains working together with all the parties, and [we] learn from the Hirak inclusive slogans, among them: “Algerians are brothers, and the army and the people are brothers” (al-jazareen khawa, khawa, oua jeish sha’ab khawa, khawa).” He wrote.

The Islamists’ base is waiting for Algeria’s Erdoğan-style leadership, the message of Dr. Taleb al-Ibrahimi who himself has been portrayed by the liberal media and the secularists as political Islam’s face of the regime. Thus the base wants a leader like him, whose ideology is based on national unity and the nation’s identity, but Dr. Taleb al-Ibrahimi cannot lead because of his age.

The 2019 conjuncture could help solve the unbalanced power struggle equation with the secularists, who are in a political existential dilemma like the Egyptian secularists, because of their connection with the voters on the one hand, and the Generals who are

It’s not that bad, as long as the Military lead from behind, certainly a model that Washington, Moscow, Beijing and Paris would like to see in place until the learning process shows some gains. Algerian society, however, does not have a healthy secular culture like the Turkish society in this stance, it was a lengthy exercise which took decades for the Turkish secularists and Military to accept the Islamists’ existence and success. The July, 2016 failed coup against President Erdoğan revealed the salutary relation of these odd partners.

The Military lost the credibility that many Algerians held toward them before April, 2nd; during the Mosaic uprising protesters were chanting: “people and the army are brothers,” but in the recent weeks they have been chanting: “we want a civilian State, not a military State.” Hence the divorce papers are on the table because this couple does not have the same perspectives. The Military see stability before direct democracy, and freedom to prevail; the majority of the marchers are enjoying romanticism revolution, whereas there is a silent majority who believe real reforms rhyme with real reformists.

Meanwhile, the Islamists’ strategy of side-stepping seems to be working so far.

For better or worse, but mostly for the “better” of the country, a new political order is rising. Algerian Generals are concerned about that, i.e., the turmoil in the Sahel, an uncertain Libya, and a new military policy determinant with sub-regional disorder. So Algerians elite and leaders should be looking at the Spaniards’ post-Franco and the Chilean post-Pinochet models because the Turkish or Malaysian ones wouldn’t be adaptable in the current rugged Algerian political landscape.

Algerians have succeed in ending the farce of the reelection of the ex-President for a fifth-term, the “republic” dynasty system, and more importantly the demystification of the kingdom of Rab D’zeir, and Algeria’s Michael Corleone and his minions — the credit goes to General Gaïd Salah and his peers in Ali Khodja Headquarters. Algerians should focus on how to end the Hirak because the country’s dire economic and financial situation doesn’t allow further social or political tensions.

For the moment it’s better to deal with demo-tacturship rather than a window boutique democracy run by a government of oligarchs.