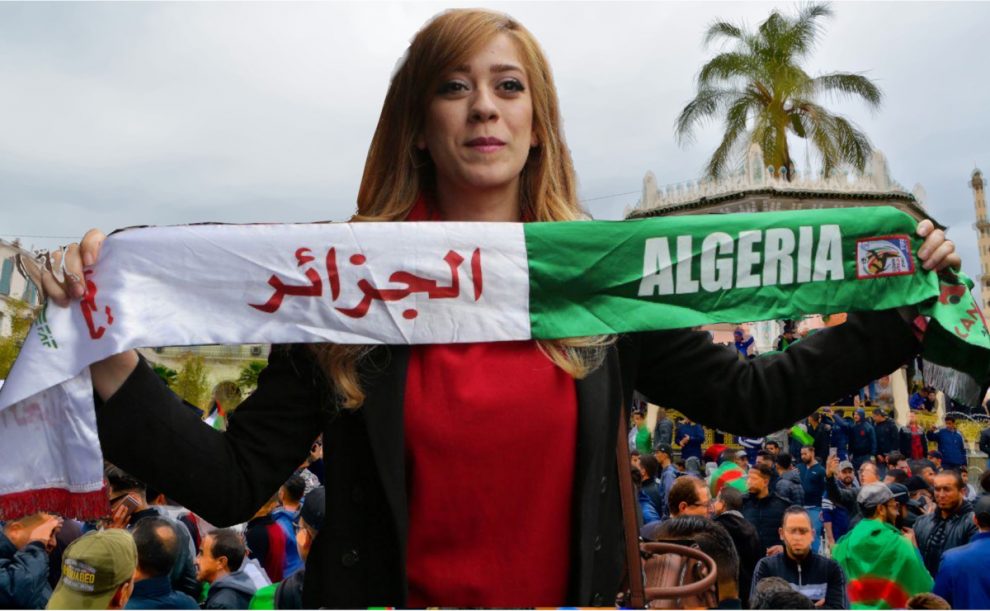 The Hirak idealists have now clashed over a systemic concept of how to approach this election and who leads what.

Today Algerians are caught between the regime’s ruse and its mosaic opposition’s idealism. Eleven Fridays have passed since the people of Algeria stood up to one of the most clannish and oligarchic regimes in the MENA region. Ex-President Bouteflika’s clique has arrogantly ignored the determination of the people. Since the April 2nd soft coup against the ailing former President, Algeria’s strongman, General Chief of Staff Ahmed Gaïd Salah, has not exchanged his olive military uniform for a Francesco Smalto suit and dark Ray Ban glasses à la Jaruzelski.

He hasn’t lost sight, in this instance, of his vision for change that he and his peers in the Military Headquarter’s castle want. He has been counting on the Hirak’s weekly protest advancing his troops against the “enemies of the State” or the gang in the ongoing trench battle, while the gentle opposition seems to be lost in the complex equation.

People want radical change, but this change is happening under the Military watch. Last Saturday Algeria’s surreal political and media scenes stunned Algerian viewers and analysts with the arrest of the country’s “Gods,” Generals Mediène alias Toufik and General Tartag and “Richelieu” Si Saïd, the ex-President’s brain. Their arrests threw more sand in the Hirak’s eyes, yet another tactical move to continue the pursuit of national security and political stability, a narrative option as a resolve to the crisis.

On Sunday night coinciding with the month of Ramadhan’s night of doubt, the appearance of acting-President Abdelkader Ben Salah, seated at a large rustic desk to address the nation, he appeared like the holy month’s croissant from the Presidential Office. The major development from his speech, however, was the confirmation of July 4th Presidential elections, which quickly shredded the opposition, so the Hirak idealists have now clashed over a systemic concept of how to approach this election and who leads what.

This quarrel was a better story-line in the hands of the regime than the news of the 74% ratio results of previous elections. Meanwhile, Algerians are walking in slow motion during the holy month of Ramadhan where higher foods and goods costs and lower purchasing power underscore real social classes insecurity that could turn into a nightmare asymmetric war between the Algerian households and the regime. 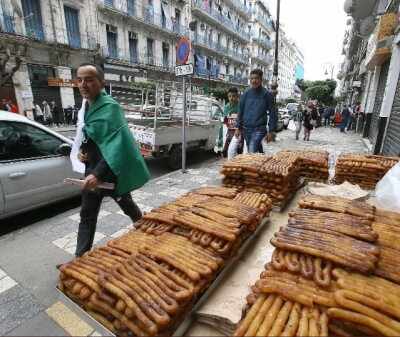 General Ahmed Gaïd Salah is enjoying his national shoulder to lean on and the cemented Army corps of loyal Generals he can count on. Subsequently, Arab Spring’s ray of hope has proved Algerian regime’s weatherman wrong; fair enough, the regime’s media, elite and academicians are arguing today that the Algerian regime is more repressive than any globalist regime in the region. The Bouteflika clique have looted the country’s wealth and values, a clique that was trying to resurrect the joomlookezation (the appropriation of the Republic), inherited the political process from the Arab tyrants in Syria, and virtually in Iraq and Libya, in an effort to install “republic” dynasties for their own people.

One could agree, on the other hand, thanks to the Generals who were tired of the caprices of the ex-President’s brother, his political immaturity, and the dangers his reckless mind process was provoking.

The Algerian regime draws its cohesion from the oligarchic formula of FLN-RND Party-Military institution-State. Locally, it has “allies” and political clients that can use influential groups on the perimeter of the clan and clientelism calculation; it weaves solid lobbying webs with the regime’s minions at every local and national election. Further, it relies on the prestigious Military schools that are the regime’s so-called epitome of Algerian excellency and meritocracy for sustainability over polity.

The moment of truth is ticking ever closer for Attorneys Bouchachi, Benflis, Assoul, and Dr. Djilali, Dr. Benbitour, Dr. Makri, and even Sheïkh Djaballah, the list could go on-and-on. They range between sociopolitical reality and political science and constitutional law theory. When one hears them speak, Algerians think they are listening to a bunch of Professors, not to political leaders who might be the next Premiers or Presidents. For the liberal tendency spends its time in defining the civil state and the notion of the state, so the Islamists al–Ikhouan and nationalists defend the future of political Islam; meanwhile, do their voters really care about the French model or the Turkish one? What their base is saying: get us out of this muddle with a wise and achievable political program.

Fortunately, Algeria is not Syria or Iraq, nor is it a multi-confessional polity, though it is an ethnically diverse community. Ex-President Bouteflika didn’t belong to a religious off-shoot sect like Bachar or Sadam, but he played the Zaouia group (Sunni Sufi branch), relating to local Zaouias in the western cities of the country i.e., Mostaghanem and Tlemcen. His public servants preferred the status quo and the continuity of ăl-Bouteflika’s clique, preserving the pretended national cohesion and unity that was watched closely by Algeria’s Big Brother: Intelligence Services, fearing the eventuality of any political upheaval would empower the Islamists and the probability of the Kabyles strength and the Tuaregs autonomy territory in the far south of the country. 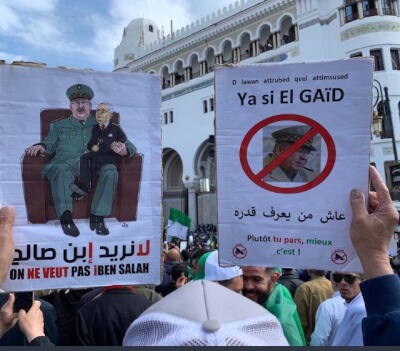 The homogeneity of the Algerian military and police, however, will make it difficult to consider a radical change and pull out all the regime’s remains. (Yatnahaoo Ga’aa). Each institution is the backbone of the regime as they were used by the Bouteflika’s clique, for the Police formed by former Police Chief from their region, not to mention the fearsome Intelligence members, which infiltrates the entire Algerian administrative services and institutions. Nonetheless, these days this machine seems banalized and its Godfathers are demystified, but it is still present and controls every inch of the public space.

Despite the spread of the protests movement across the nation’s large cities, and touching even the Ibadists in the Mezab valley a moderate Shia off-shoot like the Berber masses, the elite and the “polite” bourgeoisie of the big cities, one could allude to an Algerian peaceful “revolution”. Even those who hope for freedom and social justice with their rural and tribal chiefs (Oo’rouch) and fellow citizens, still dismay the regime’s “I measure your demands” and best enemy doctrine, the Military persist and sign on the threat of the country’s national security coming from the Malian and Niger borders on one side and the Libyan on another.

Algerians see their country as a nation-state, with a cohesive political and cultural community. Yet, the oligarchic system’s practice has been highjacking the role of citizenship and civil society, ruling the country with a flair of dictatorship, while using the card of ethnicity and terrorism threat when the crisis arises. The large majority of Algerians lives on $ 150 a month or less; unemployment is rampant like in any Arab country, but the Algerian case has created a distinguishing dialectic of the future of national cohesion as it looks these days, particularly after the festive and humorous nature of the revolt.

It is clear the Military and the henchmen FLN-RND apparatchiks, and opportunist elite are likely to protect the regime. What remains to be seen is whether the secular elite and Islamist leadership would stand by the Military? It seems that for the moment there is consensus support for the Military institution, and not towards General Gaïd Salah.

At this point, only one thing can hope to effect a change for the better, an Economist-In-Chief who can devise new and revolutionary macro and micro-economic practices, not to loot his people’s wealth, but to respond fairly to their complaints about corruption, purchasing power, bad management and incompetence.