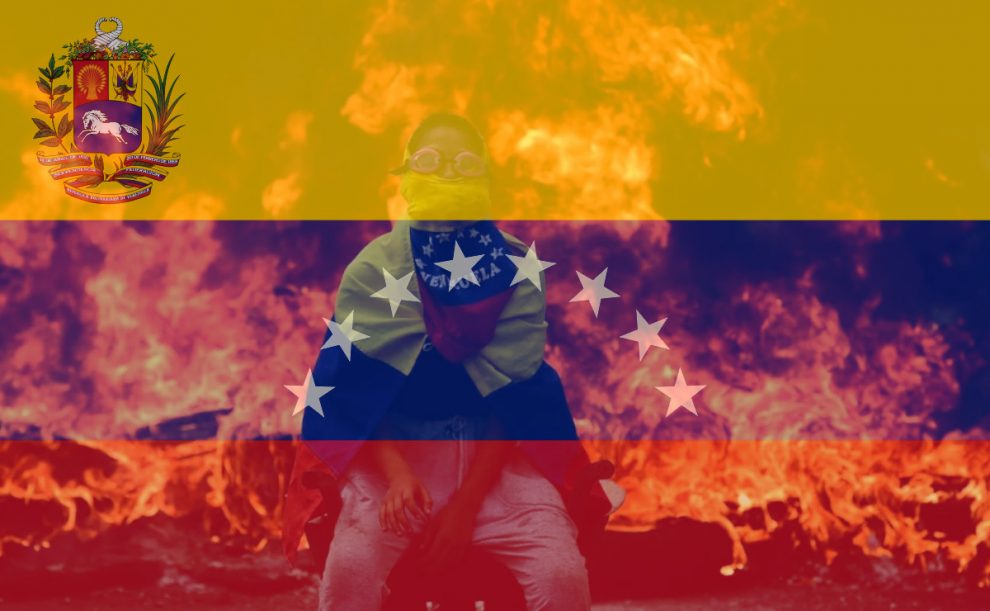 The story is always the same: There is this an incredibly evil, undemocratic and incompetent leader who is not wanted by the vast majority of the people. Thus, the U.S. has to answer “the call of duty” through direct or indirect intervention and come to the “rescue” of those poor people, so as to – in former U.S. Secretary of State John Kerry’s words – “restore democracy.”

We have seen this plot unfold so many times that in a sense it is “business as usual” for U.S. foreign policy. The Donald Trump administration, having run to rescue Saudi Crown Prince Mohammed bin Salman, is here to prove that the real problem in Venezuela is not Nicolas Maduro’s “clumsy or anti-democratic” implementations.

Reportedly, the U.S. has so far, directly or indirectly, intervened in 17 Latin American and the Caribbean countries in total at different periods of time. Its last intervention was the coup attempt against late Venezuelan leader Hugo Chavez in 2002. As in Venezuela’s case, U.S. interventionism has always encouraged and supported Latin American opposition groups or political parties, who generally come from wealthy families, against their countries’ elected and anti-U.S. imperialism governments.

To give an example, the Venezuelan opposition in the Chavez era launched an “oil lockout,” which made the country lose $20 billion. They demanded that Chavez, who was democratically elected, step down from his office. When Chavez refused and fired them from their positions to use oil income for national interests, resulting in reducing poverty rates by half, he was portrayed as the “evil socialist.”

Under Maduro, the same opposition also didn’t stop their U.S.-backed campaign. They boycotted the elections for the constituent assembly and then called the election results undemocratic. Then they took to the streets. And the Western media didn’t broadcast or publish stories of the violent acts of the opposition, who were responsible for more than 50 deaths in horrible protests between April and June 2017.

The protests were so bad that three of the protesters stabbed pro-Maduro people and even burned a few. The opposition also committed political assassinations, such as killing candidates running for the constituent assembly. They also torched state hospitals, fired at public transportation and attacked schools.

Lastly, the “savior” U.S. imposed sanctions on Venezuela, including the state oil firm Petroleos de Venezuela, which has resulted in the Venezuelan people unable to get food and medicine.

Ignoring its own “noninterference of internal affairs” principle, the Bank of England has unfairly frozen $1.2-billion-worth of gold assets belonging to Venezuela. The EU, meanwhile, joined the anti-Venezuela campaign and will renew sanctions against Venezuela for another year.

Although we are supposed to be living in the post-colonial period, it sure does not feel like it.