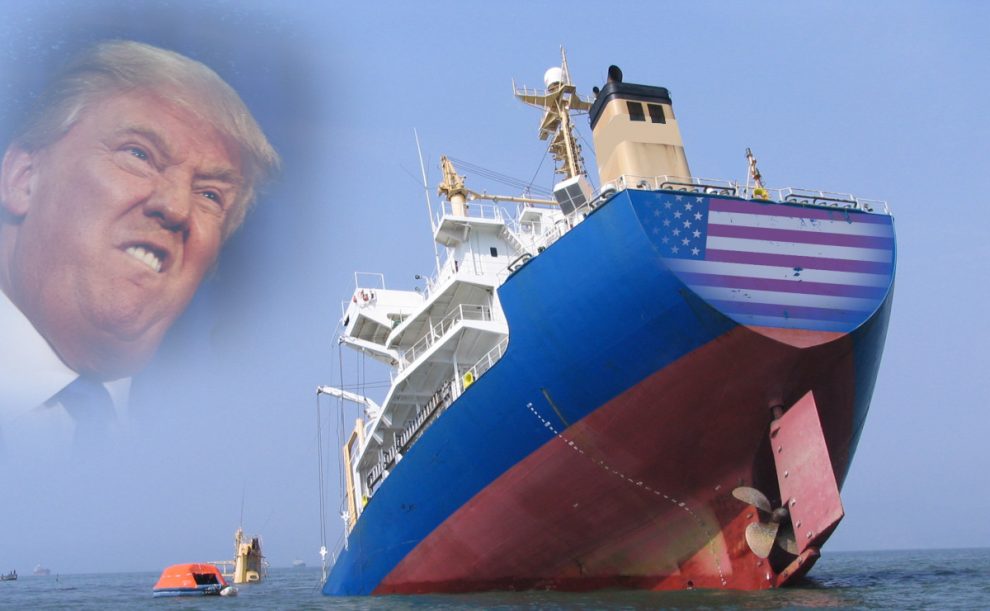 When imperialism closed the curtain on what humanity came to know as World War II with three out of every 100 people dead, no one enjoyed the end of this international carnage out of fear of the possibility of total annihilation of nations. The U.S. ended the war using nuclear weapons on two Japanese cities, Hiroshima and Nagasaki, killing 45 percent of their total population on the first day.

Europeans could not take comfort in seeing the war end because they knew that Soviet Russia had obtained Hitler’s nuclear research enterprise by occupying half of Germany as well as the U.S. know-how through the American intellectuals who believed that only balancing Soviet nuclear power could harness it.

What resulted in the ensuing four decades was the fear of mutual destruction of two powers. It was total madness between the two. Scientists called it the “mutually assured destruction” doctrine: the full-scale use of nuclear weapons by two or more opposing sides that would cause the complete annihilation of both the attacker and the defender. Late mathematician John Nash proposed that unless both sides agree on the dissolution of this balance, neither side would have any incentive to initiate a conflict or disarmament.

Finally, two truly courageous leaders, U.S. President Ronald Reagan and Soviet Gen. Secretary Mikhail Gorbachev signed the first nuclear disarmament treaty on Dec. 8, 1987 with which the U.S. and the Soviet Union agreed to reduce the actual stockpile of their intermediate-range 500- to 5,500-kilometer nuclear missiles. Those were the missiles that the U.S. and NATO said were threatening Europe. For much of the West, the Intermediate-Range Nuclear Forces Treaty (INF Treaty) was a turning point of the Cold War, eliminating more than 2,600 missiles and ending the standoff with nuclear missiles in Europe. The mutual trust that the INF Treaty had built between the East and the West led the way to the Strategic Arms Reduction Treaty (START) four years later. With Start I, signed by U.S. President George Bush and Gorbachev, and START II, signed by Bush and then-Russian President Boris Yeltsin, strategic offensive arms were reduced and limited.

Thus, one can safely say that from July 31, 1991 until last Friday, when the Donald Trump Administration announced that the U.S. would pull out of the nuclear arms control treaty with Russia, the whole world was a better place. Trump, by ending the INF agreement is now raising fears of a new nuclear arms race in Europe and Asia. Nobody is buying Trump’s claim that Russia is violating the INF Treaty. People in the world know very well that by pulling out of the treaty the U.S. is going to build up its nuclear arsenal to strike China. When President Ronald Reagan stopped building 5,500-kilometer-range missiles 30 years ago, China was not on the list of those the U.S. considered a threat against its national security. In his first National Security Strategy document, Trump named China along with Iran, North Korea and Russia as “enemies of the U.S.”

One of the cyclical depressions that global capitalism and the imperialistic world order created is approaching fast. Trump’s efforts to rewind the global commercial and financial new world order worked a little but not as fast and comprehensive as the fat cats of U.S. imperialism would like. What is approaching is not one of those simple financial crises but a big one: the whole infrastructure of U.S. production and distribution systems could crumble. Those crumbling interstate highway bridges are simple symbols of the forthcoming shattering of the whole system. A year ago, in his State of the Union Address, Trump called out the nation’s crumbling infrastructure and called for more spending on bridges and roads, but said, “Fret not America, it’s not that bad.”

Bridges and highway passes can be fixed by spending more on them; the jobs exported to the Far East can be brought back by offering more tax benefits, but the colossal capitalistic enterprise of China cannot be overcome by a simple provocation of Uyghur Turks. Trump needs more than that. He needs a war for which he can start building up missiles.

Is separatism in Turkey and Spain similar?
American interventionism at work in Venezuela
Comment