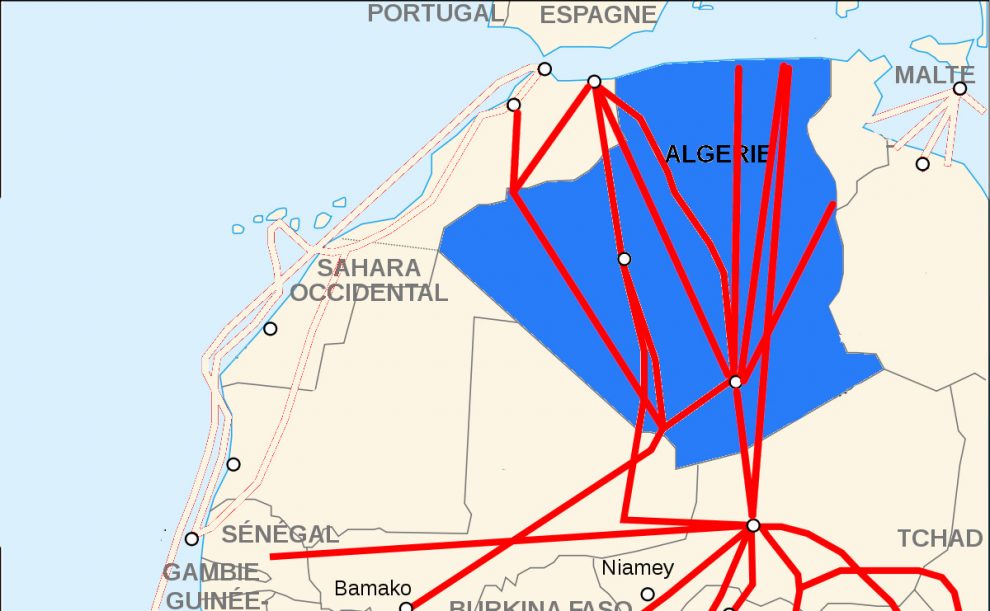 Algeria’s migration policy reflects the interdependence of its domestic national security and to some extent regional foreign policy priorities and objectives.

The first ever international agreement on the migration crisis aimed at coordinating action on migration around the world was signed by a majority of U.N. members in December, 2018 in Marrakech, Morocco, despite vocal objections led by the U.S. and then rejected entirely by President Trump, followed in turn by Austria, along with Australia, Chile, the Czech Republic, Italy, Hungary, Poland, Latvia, Slovakia and the Dominican Republic.

The aim of the agreement was to create a political platform from which member countries could coordinate their efforts, as Chancellor Merkel put it. The global pact laid out 23 objectives to open up legal migration, discourage illegal border crossings, and to strengthen the transnational fight against the smuggling of immigrants.

The need for such a pact has become more insistent as the number of people living outside their country of birth globally has surged to more than 250 million.

This pact, however, was not binding. The member States have been keen to preserve their sovereignty on a passionate subject which provokes strong political reactions, i.e., control of their sovereign borders. For the spokesman of the International Organization for Migration (IOM), Leonard Doyle, the pact “does not change the law of border management.” He hopes to create a smoother transition in the cross-border movements to be less chaotic and less problematic for governments.

Most countries now operate as a point of departure, transit, and host for those seeking entry. This is the case of Algeria or Morocco, the host country for this conference, which serves as gateways of immigration to Europe and are now subject to sub-Saharan immigration as well. Even France, with its hundreds of thousands of employees and retirees living abroad today in Morocco, for instance, is concerned.

Thus this political phenomena has posed a national security dilemma for the Algerian government in the dialectic of public policy on global migration and national security concerns versus humanitarian morality.

Algeria’s migration policy reflects the interdependence of its domestic national security and to some extent regional foreign policy priorities and objectives, an adapted coherence with the reality of its domestic politics. Algeria has positioned itself as a counterterrorism and migration ally for Europe and the U.S., while still vehemently

aware of the terrorist threat, notably on its long borders on the east and the south, where the migrant influx is crossing illegally into the country.

Algeria does not have an explicit asylum policy, but has seen a steady influx of sub-Saharan migrants; Human Rights groups estimate some 100,000 have entered the country in recent years, creating a sense of apprehension and tension within the host community in large cities and their environs. Since the summer of 2014, Algeria has faced a growing dilemma regarding illegal migrants crossing the southern and eastern borders, filtering in despite the government’s “closed door” policy. 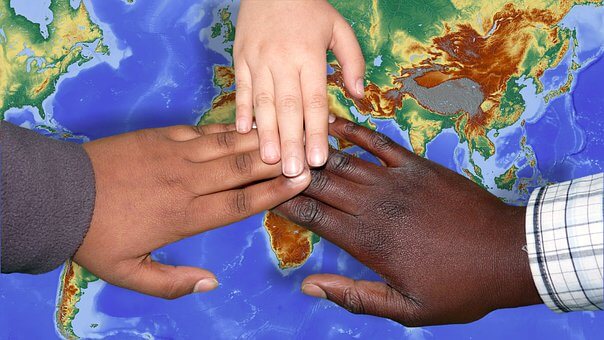 Unlike the Turkish government in its crisis management with the Syrian migrants, the initial response was based on short-term emergency planning with the goal of providing shelter and meals for the migrants. Turkey has since adjusted to the changing conditions on the ground, as the conflict extended and turned into a civil war.

Algeria, on the other hand, due to the changing dynamic and imperatives of the conflicts in Mali and Libya has called for a reexamination of Algeria’s immigration and migrants policy. Until now the government still regards this complex question as a law and order issue, though Algeria in terms of legal protection for migrants and eventually refugees is party to the 1951 Convention relating to the Status of Refugees, its 1967 Protocol, and the 1969 Convention governing the specific aspects of refugee problems in Africa, all without reservation.

The 2016 Constitution in Articles 82 and 83 provides that in no case may a political refugee with the legal right of asylum be delivered or extradited. A 1963 Decree established the Algerian Office for Refugees and Stateless Persons (BAPRA) in the Ministry of Foreign Affairs and called for an appellate board consisting of representatives of various ministries and UNHCR, but the authorities do not request UNHCR to designate its representative.

Today Algeria has no expressed policy in place to process migrants coming into the country. It could find a workable model in Turkey which has had some success in this regard. The majority of the Syrian refugees currently have temporary protected status. Turkey practices a ‘non-refoulement’ policy and admits refugees fleeing the conflicts from Syria and Iraq.

Turkey is maintaining the implementation of its “open door” policy toward the Syrian and the Iraqi, majority Kurdish Yazidi refugees, but admittedly it is becoming increasingly difficult to maintain, especially in the face of a potential new influx of refugees in the light of the latest development on the ground in northeastern Syria.

According to Algerian Interior Minister Spoke person, Mr Hacen Kacimi, in an interview with French News Agency, AFP he stated that around 100 people were “expelled” on suspicion of links to jihadist groups, most of them were Syrians from Aleppo. Mr Kacimi added that they entered Algeria illegally after travelling through Turkey, Jordan, Egypt, Sudan, and Niger or Mali using fake Sudanese passports. Mr Kacimi said they were put on trial in September and the Court ordered their expulsion. “Algeria has hosted 50,000 Syrians in the past few years for humanitarian reasons,” Mr Kacimi told Reuters, alluding to refugees from Syria’s civil war, “but we cannot accept members of armed groups fleeing from Syria when it comes to our national security.”

Algeria’s 2013 “grey” migration policy could be a good point of entry in regulating a complex field of social work and economic empowerment. However, there is still need for a more legal framework on humanitarian actions that would enhance the standards of International law in terms of asylum, refugee status, the principle of ‘non-refoulement’, or forced deportation, and providing human rights protections for persons regardless of their legal status, according to INGOs who are following the Algerian case.

Policy objectives such as these will keep Algeria off the radar of INGOs and Human Right groups’ critics and scrutiny. Since 2013, the appearance of Algeria’s migration phenomena has surfaced like a severe sandstorm. Local NGOs have maintained timid fieldwork and lobbied for a real and sustained policy coordinating with Algerian Red Crescent and local authorities.

Meanwhile, the wave of pessimism triggered by the Prime Minister’s declarations in September 2017 spread fear and condemnation. While the political discourse on the eve of a crucial Presidential election this Spring left this issue out of the public debate, for some it’s a military issue. There is no clear implementing program in the country for protection and aid, on the contrary, raids against sub-Saharan migrants have continued in the last two years.

The government has also begun expelling some migrants, including minors. These draconian measures seem to indicate Algeria is back-peddling from the international law commitment. Yet Algeria needs a migration policy in its role as a pivotal State and its ties with Africa. This vision should align with the country’s foreign policy and economic plans to attract more attention toward the continent.

Algeria’s latest economic strategy is focused on expanding its national products exportation into African markets, However, Algeria’s current controversial migration policy derives partly from the national security and defence policy orientation. Algeria’s proximity to neighbouring sub-Saharan countries, in terms of movement of people, is exclusively based on national security concerns.

Nonetheless, Algeria often feels pressure from the E.U. to secure its southern and eastern borders and keep migrants and refugees far from Europe’s shores. Meanwhile, the country continues to face a tragic social wonder that has remained unresolved for decades, i.e., the steady drain of its young people fueled by a desperate optimism for a better life elsewhere. Finally, the government has grasped that “haraga” is a serious matter and the end result of successive governments’ failure to create a viable public policy for employment.

Last week a national conference presided over by the President met with a view to finding operational measures designed to address the needs of the people. Minister of Justice Tayeb Belaïz, qualifies it the gravest phenomena affecting the largest segment of the population: “We are not able to identify the reasons that motivate young people to move elsewhere.” He said.

It has become clear that a better way to fight against the structural causes that are pushing people to leave their countries of origin, deep-rooted social injustices, lies in the 23 objectives outlined in the Marrakech Accord, where regular, accessible and coherent immigration and migration policies can strengthen the transnational fight against the smuggling of migrants and empower humanitarian action and morality in the lives of those struggling to make it a reality.