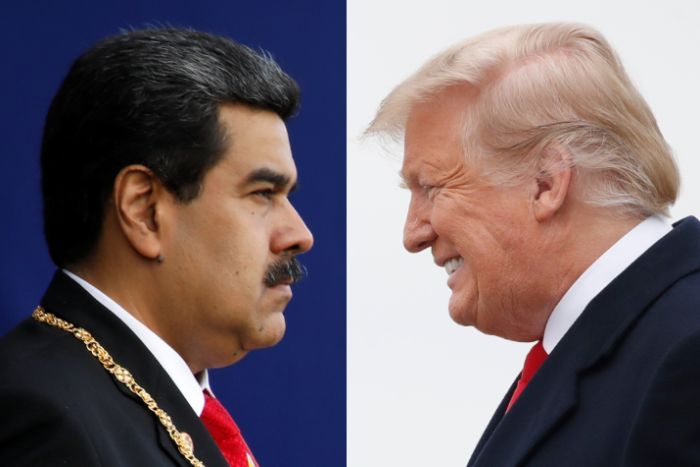 The U.S. used to have a morality of instigating coups against elected leaders of other countries in the past. When a leader decided to go on his own way not parallel to American policies, it would not last long to see that he was either toppled down or killed by junta. In most incidents, despite that CIA was behind the coup, US governments denied involvement. They pretended as if a domestic conflict was solved by domestic powers, mainly army. Thus, any accusations about American government remained as conspiracy theory.

This crafty policy changed as soon as Donald Trump became the President of the United States. Before his era, Americans and people of the earth believed that Trump’s presidency could only be a joke. Remember how cartoon series Simpsons depicted him in one of its episodes. His slogan was “America! I will make you my ex-wife”. Simpsons’ scripters mocked Trump correctly but probably they never thought he would be the President in the future. Actually, none predicted such a catastrophe as an evil, devil, heinous, veil, despicable and sex-addicted man like Trump was out of estimations for presidency. As a gift from American people to the World, Trump has made many countries his ex-wives.

Thanks to Americans, he has been ruling America and the world for last two years. The world is more dangerous since then. It is like walking alone in a forest at night. The monster, Trump, believes that he is the ruler and asks everyone to be loyal to his regime he proclaimed in the forest. Trump’s forest laws are derivatives of his personality which has no adorable aspects. According to him, America is the sole super power, and as the President, he must wield its strength and bring all rogue states to his terms.

Remember how he challenged China and the European Union for customs taxes. Since other countries are not in a status of uniting against America, they all behaved like weak animals of the forest and accepted almost everything Trump requested. In fact, when the rest of the world integrate their powers, America will retreat but for the moment it doesn’t seem to be possible and Americans will continue to utilize from this fragmentation.

What is more, even Europeans, so-called defenders of cherished values like democracy, human rights, free speech and so on,  bandwagoned behind America against Venezuela. As John Bolton confessed, America is trying to seize rich oil and gas reserves of South American country but Maduro doesn’t allow. So, Maduro must go. And the European Union agrees with the U.S. about Maduro’s abdication.

Nicolas Maduro is an elected President. Yet, both US and EU recognize Juan Guaido as the President. The disgusting point in their attitude is their discourse about democracy. While they ask democratically elected president to abdicate, on the other hand, they accept a non-elected person as president. If they really favor democracy, then, which side they will support is clear. However, they prefer oil to democracy.

We will see how much Maduro will resist to this nasty offer. However, we may see in the future the overthrow of similar leaders and regimes with the same method. It is evident that America won’t stop and Europe will go behind it. Therefore, solidarity among the victims of America is a necessity. Otherwise, as the worst choice, either Venezuela or any other country will have to sacrifice itself with all its sources so that power holders can understand that destroying a state needs more than strength.