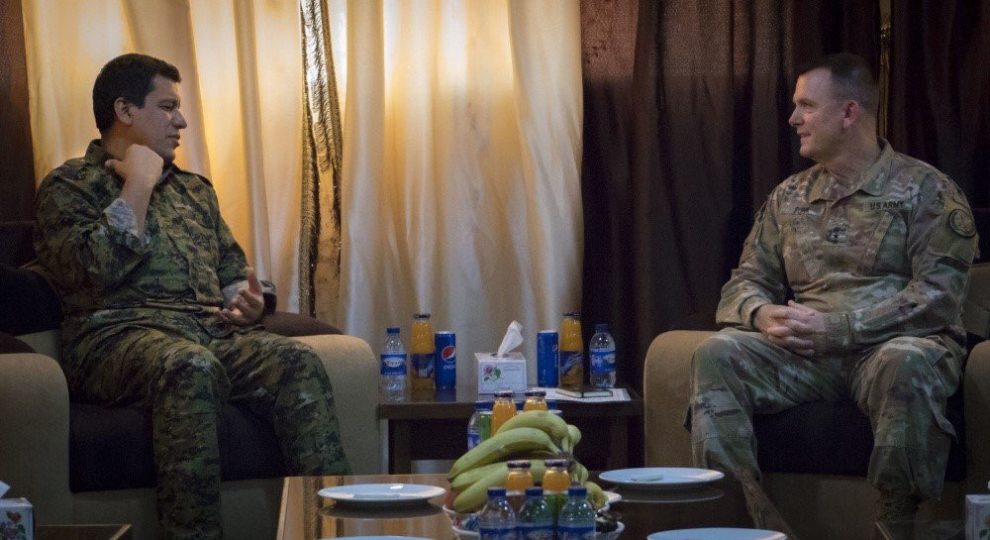 Winston Churchill was right when he said “You can always count on Americans to the right thing- after they have tried everything else.” This view is true particularly for US-Turkish relations which are in a deteriorating trend nowadays. I don’t think that Turkey will wait until US administration will have tried their final policy as it is suffering a lot from ongoing ones.

Syrian civil war was a litmus test for US-Turkish alliance. When Assad began to kill his own people, both countries opposed him and made even plans of overthrowing him for the sake humanity. Yet, they differed in their policies in the course of time. While Turkey supported only Sunni groups, Americans backed various factions including Kurds. However, after ceasing their support to Sunni groups which US deems radical, US army’s sole friend in Syria became SDF.  SDF is actually YPG which is actually PKK. PKK militants don’t deny that they are all the same group, PKK. One of them had confessed that “We are sometimes PKK, sometimes YPG, sometimes PJAK and sometimes SDF”. Once US General Raymond A. Thomas had said “We literally played back to them that they’ve [the PKK] got to change their brand. And they came back to us with the Syrian Democratic Forces (SDF), which I thought was a stroke of genius, to put ‘democratic’ in there.”

This statement means stabbing Turkey from its back, and indeed, it suffers from bleeding wounds. While Turkey and USA are supposed to be allies due to their NATO membership, US prefers to cooperate with SDF (PKK) which is at war with Turkey. Isn’t it strange? Your pseudo ally is on opposite front and gives your enemy weapons to kill you.

If alliance is something what the US is doing, then, Turkey’s knocking the door of Russians to buy S-400s is legitimate. Because, first of all, it is the US that doesn’t obey rules of alliance. Second, the US doesn’t sell Patriots to Turkey while it supplies thousands of trucks of weapons to YPG free of charge. Turkey is left defenseless against its enemies by USA but US government does not seem to be ashamed. Besides, it even prevents sale of F-35s to Turkey due to procurement of S-400 missiles. What Turkey does is just a reaction to wrong US policies. If US acts in order of alliance rules, Turkey won’t have to seek for new suppliers of weapons.

All these mentioned and non-mentioned cases show that the US doesn’t see Turkey as an ally but a tool that to be used when needed. US’ real ally or friend (or even boss) is Israel. While Jewish lobby has achieved to found a parallel state in the US, Israel is like a parasite state dependent on USA. US has never pursued a policy that is not in favor of Israel. In addition, it grants 3,1 billion USD to Israel every year. Have you seen how US government became furious when Assad used chemical weapons? Have you wondered why US administration turns a blind eye on massacre of hundreds of thousands of civilians? Why does it care about the weapons used but ignore deaths?

It is because, as a former Obama aide says, chemical gas is the only weapon that Israel can’t stop when it is launched into Israeli territories. When Israelis see use of gas by Assad, they dream of a chemical attack to Israel, which is a nightmare for them. Thus, America’s anger for the use of chemical weapons is just to get Israel relieved and appease it. 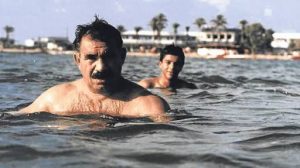 As a final note, US General Paul E. Funk met Sahin Cilo, General Mazlum , of SDF a few days ago. Cilo was adopted by Abdullah Ocalan and fought for PKK for years. Nevertheless, US army officers don’t mind his real ID and continue to meet him though PKK is enlisted as a terrorist group by the US. Now, here comes the question; Are Turkey and USA really allies?