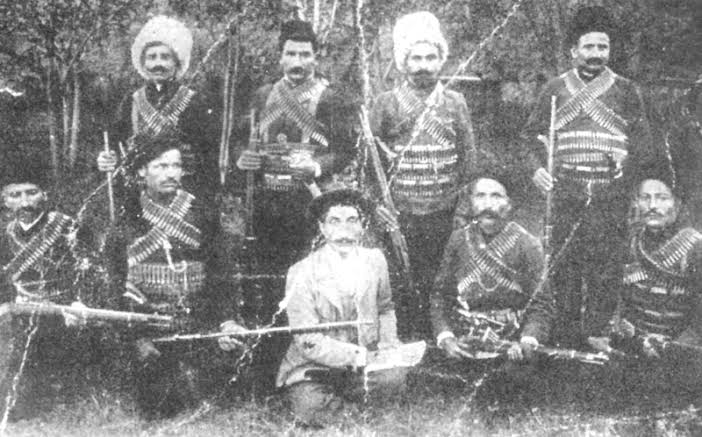 Millet-i Sadika in Ottoman Turkish means Loyal citizen. That is how Armenians used to be referred by the Ottoman dynasty. But how did the loyal citizens of the Ottoman empire took up arms against the state and decades later, they came up with claim of a genocide? Recent developments show that genocide narrative is nothing but a political tool in the hands of westerners against Turkey.

The United States House of Representatives overwhelming approved a resolution that accepted the 1915 incidents as a genocide. The timing of the vote just proved that Washington has been using Armenian issue as a political weapon against Turkey. It was no secret that the US House members wanted to punish Turkey with that weapon for its actions in Syria. The United States and the European countries wants to keep the Armenian issue as the sword of Democles hanging over Turkey. Armenian people should rescue themselves from this political hostage situation. However, it seems that especially Armenian diaspora is also enjoying being turned into a political tool in order to score against Turkey.

Ottoman government decided to relocate some Armenians in 1915 after clashes in the Eastern Turkey between Armenians and Kurds got out of control. There have been some sufferings and loss of lives on both sides during relocation due to financial circumstances at that time and also harsh geographical conditions. However, it is proven from Ottoman archives that the Ottoman government intended to use its utmost care to minimize all problems during relocation of Armenians. Decades later, Armenians came out with genocide narrative which was eagerly supported by the west. For years, Turkish government just refuted the baseless allegations with no arguments attached. However, current president Recep Tayyip Erdogan  has come out with a logical solution to this long-awaited issue. Erdogan has offered to open all archives and form an international joint commission to investigate the matter. The commission would consist of historians and all kinds of experts. “We will live up to the findings and decision of this commission whether the result suits our position or not,” said Erdogan. This reach of hand was totally ignored by Armenians.

There are also other conflicting facts to genocide narrative. Most important of them is the size of Armenian community and how freely they have been living in Turkey. Some prominent members of the Armenian community have been annoyed by the fact that this issue has been turned into a political tool by the western countries to tame Ankara when it pursues independent steps in foreign policy. Turkish citizen of Armenian descent, Hrant Enveryan, an academic at prestigious Bogazici University, have always pointed out this fact in his statements. There are also more than 100 thousand illegal Armenians working in Turkey. An American-financed study  back in 2010 found out that most Armenians arrive in Turkey with fear but more than 95 percent of them enjoy living in Turkey and never go back to Armenia.

Turkey will never give in to this odd political hostage situation of 1915 incidents. Ankara will use all means to argue that what happened during 1915 under Ottoman rule was an attempt to prevent further casualties. And it will never lose its fight. However, it’s up to Armenia and especially powerful Armenian diaspora in the United States to decide if they will remain just a political tool in the hands of the United States or settle the issue with experts and normalize relations with Turkey.

Poised hammer, no more
Artificial Armenian Genocide passes in the US Congress
Comment