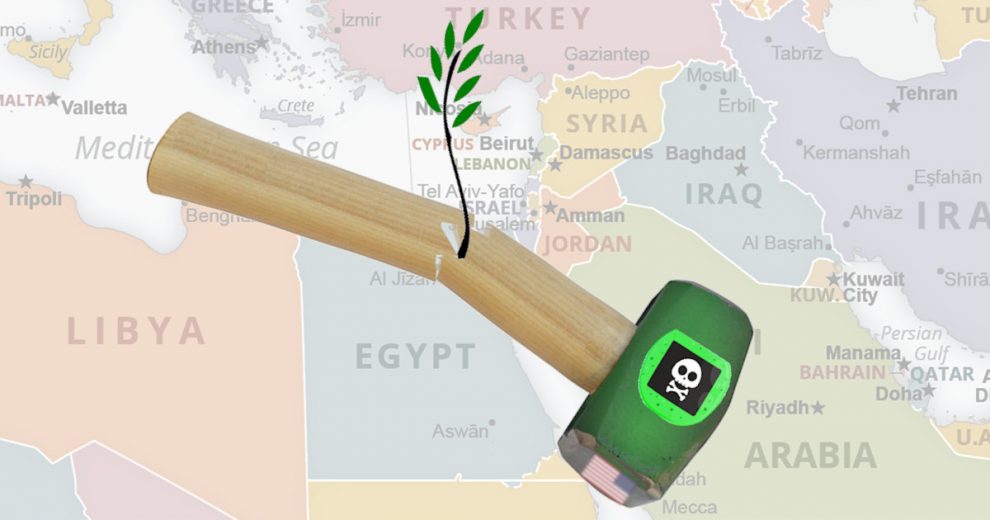 It was 1991. After the first Gulf War, those fleeing Saddam’s persecution in northern Iraq were piled on the Turkish border. They were around 500,000 in number. On April 11, 1991, Operation Provide Comfort was launched, claiming to protect them.

A total of 14,447 troops were serving in the U.S.-led coalition, including those from Germany, Britain, France, Italy, Spain and Canada. A safe zone was established along with the declaration of a no-fly zone.

After this process, which ended in July, Operation Provide Comfort – 2 was launched, claiming that Saddam would take action again. Operation Poised Hammer, consisting of 77 aircraft and helicopters and 1,862 personnel, was deployed at İncirlik in Adana and Pirinçlik in Diyarbakir to close the airspace in northern Iraq.The Motherland Party (ANAP), the ruling center-right party, issued a mandate in Parliament, asking for the right to military intervention in northern Iraq. However, despite having a parliamentary majority, it grew apart within itself and could not issue the mandate regarding military intervention. Opposition leaders such as right-wing Demirel and left-wing İnönü were also opposed. The mandate was changed and approved. Therefore, the Turkish military could not have an operational presence in the field.

On the other hand, Poised Hammer led to the founding of the Kurdish state in northern Iraq and the growth of the PKK terrorist organization that settled in Qandil. Even the flow of arms from Poised Hammer to the PKK was pointed out by Necati Özgen, who was the public order regional commander at the time. Özgen’s helicopter was harassed by Poised Hammer at the time.

The then-Gendarmerie Commander Eşref Bitlis, whose plane crashed suspiciously over Ankara, was also a senior Turkish general who opposed Poised Hammer and who tried to limit the PKK’s presence in Qandil by holding talks with Barzani, and openly stated that there would be no progress in the fight against the PKK as long as Poised Hammer existed.

With Operation Peace Spring, Turkey has shelved a second Poised Hammer project. The fact that Pentagon and the network it influences recognized the so-called Armenian genocide on the anniversary of the founding of our Republic is a manifestation of this anger. However, the U.S.-established structure is increasingly running out of “ammunition” it can launch into Turkey.

There is also a proposal raised by Annegret Kramp-Karrenbauer, the German defense minister and the leader of Chancellor Angela Merkel’s Christian Democratic Union (CDU), to “establish an international safe zone in northern Syria in cooperation with Turkey and Russia.” With this proposal, the European Union, which has come to understand that it cannot get anywhere with condemnations and arms embargoes, wants Turkey, which it attacks at every turn, to include itself in an equation in which it is already excluded.

To put it in a nutshell, these efforts are futile. Turkey will allow neither a second Poised Hammer case, nor the founding of a terrorist statelet on its southern border. Jim Risch, the U.S. Senate Foreign Relations Committee chairman said that the Turkish-U.S .alliance is upside down because of President Recep Tayyip Erdoğan. Risch and those who share his simple-minded and shortsighted view should look at the various examples of polling data showing the Turkish public’s approval for Operation Peace Spring to be above 80% and think again. Turkey’s safety from the People’s Protection Units (YPG)/PKK terror is transpolitical and will stay that way no matter what the U.S. Senate does.