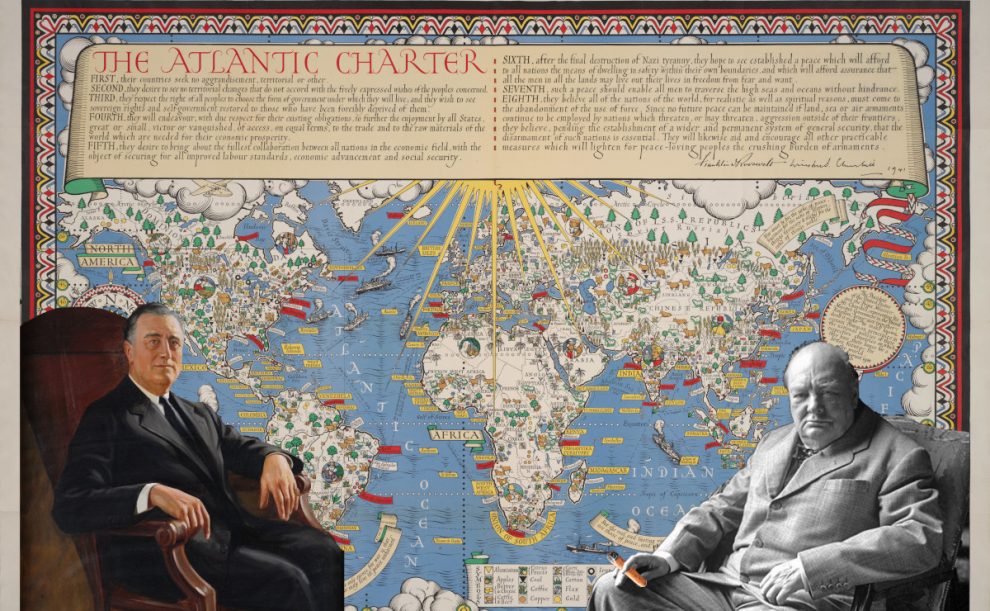 British Prime Minister Winston Churchill waited to hear the promise of money and equipment from the lips of U.S. President Franklin D. Roosevelt like those sinning medieval monarchs groveling at the gate of the papacy to obtain exculpation. The only difference was that the Pope would request the crowned heads of Europe kiss his hand.

In his recent book, “Lords of the Desert,” James Barr explains how difficult the situation in Great Britain in November 1942 was. Adolf Hitler had invaded almost all continental Europe; the Soviet Union was about to fall into Hitler’s hands. U.S. Congress was adamantly refusing “to get involved in the Europeans’ war.” The only person who could save democracy in Europe was Roosevelt, who, a democrat himself, was believed to be able to wrestle money, ships and other military equipment from the republican majority in U.S. Congress.

However, he had one condition: “That fat devil must sign the paper.” A paper that eventually came to be known as the Atlantic Charter, the foundation stone of NATO and an epitaph on the traditional colonialism’s tombstone.

You can read the rest of the history that made the United States a nontraditional colonial power that replaced the imperialism of empires with the imperialism of capitalism in James Barr’s book. How the kings and queens of Europe as well as emirs, sheikhs and shahs began kissing the hands of U.S. presidents and their secretaries instead of the British prime ministers make a very interesting story, if not a sad one.

One can also learn from Britain and the U.S.’ newly declassified records and long-forgotten memoirs compiled by Barr that 25 years of competition between Britain and the U.S. for hegemony in the Middle East – and the whole world, to that effect – had shaped the world we now live in. As one of the reviewers noted, we need to know the tale of an internecine struggle in which Britain would discover that her most formidable rival was the ally she had assumed would be her closest friend. Roosevelt was convinced that all the “bad things” – “Cripples, deformities, ophthalmia, goiter, amputations, lice, flies … horses cut in half, obscene dead black men with flies hanging like a curtain over their wounds” – happening in Europe and the Middle East should be blamed on the British Empire.

Finally, the British signed the deal and began receiving money and equipment in exchange for committing “the elimination of all forms of discriminatory treatment in international commerce and reduction of tariffs and other trade barriers.” As Roosevelt said that night, the Atlantic Charter would apply not just to the countries bordering the Atlantic but to the whole world.

Consequently, the U.S. has created its own empire based on the idea of the free flow of goods, money, news and labor.

Because U.S. President Donald Trump was busy making himself, what he accused his predecessor of, “a laughing stock to the entire world” at the United Nations General Assembly – did you see his Twitter message and his video? – news outlets did not pay enough attention to the small news story of the new “payment and money transfer system” Europeans and Iranians were trying to work out.

This is a major challenge to what the U.S. has built since Roosevelt made Churchill sign: A way of doing trade without the U.S. knowing.

If you transfer money using IBAN numbers or SWIFT codes you actually set a huge system in action behind the screen of the computer. The whole U.S. national security apparatus becomes aware of who you and the recipient are, the amount of money, et cetera.

This U.S. control on the global money transfer system is a major tool it has used in implementing its sanctions on other countries. What Iran’s Foreign Minister Mohammad Javad Zarif and EU foreign policy chief Federica Mogherini discussed at the EU council in Brussels, Belgium, started building “a financial facility to facilitate payments for Iranian imports and exports including oil” that will be the death sentence for the system Roosevelt created. This is good news for other countries, like Turkey, China, Russia and others, impacted by the illegal U.S. sanctions.

Now, one U.S. president is single-handedly undoing what 42 presidents before him have built. The Atlantic Charter seems to be crumbling.