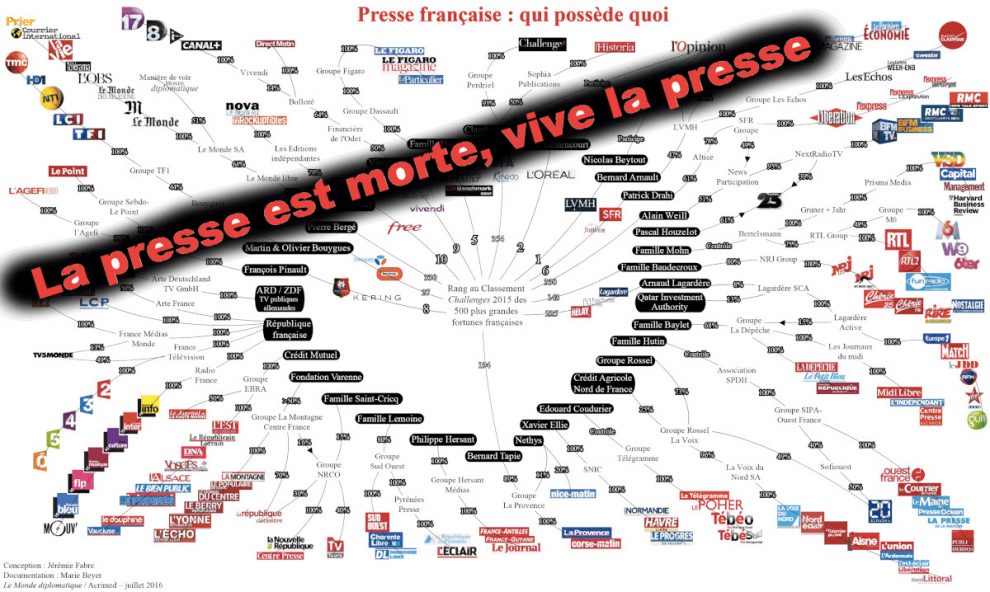 The coverage of Mr. Zemmour vs. Ms. Hapsatou Sy has let victimization and guilty prevail over freedom of the press in France

Burton Rascoe said, “A news sense is really a sense of what is important, what is vital, what has color and life, what people are interested in. That’s journalism.” Nowadays, there are different ways to cover and report the events and themes. A journalist’s job is to inform the people about what is going on, keeping a slight neutrality from personal views and avoiding provocative media’s national figures, unless the editorial board chooses to be an opinion network or paper.

Yet, the profession of journalism is changing so fast to a point where neither the journalist nor the audience are able to master the event. As a result, large majority of journalists are seeing themselves as citizens first; they are adapting their profession to cutting-edge mass media, Twitter, YouTube and Facebook, in which serious journalists feel they have the duty to comment and express an opinion freely, whether it would please their editors-in-chief in the news rooms or not.

A tweet, a YouTube or a posted comment on Facebook frees the journalists’ hands and conscience, although one could argue journalists should withhold their comments even in social media contexts. In order not to influence voters’ minds during a presidential season, “credible” journalists are not allowed to endorse a candidate, i.e., in the U.S. No kidding!

So journalists are using Twitter, YouTube, and Facebook to report and sometimes to express a personal opinion, others write books and provocative essays and columns on thorny societal themes.

He wrote a book titled le Destin français, Albin Michel (editions). In French Destiny, Mr. Zemmour traces in 600 pages the French Republics’ history of grandeur and populism (Vichy regime), immigration/Islam/banlieue and the European Union troubles. If anything, it is not going well in France according to Mr. Zemmour.

During his book tour of the French media, notably on TV, it is his seductive moments of fame to the white French, the xenophobes and the anti-Arab/Muslims journalists, politicians and elite; in a Pop culture TV show on C8, “les Terriens du dimanche” hosted by another TV star provocateur, Mr. Ardisson.

Mr. Zemmour clashed with one of the TV show columnists, Ms. Hapsatou Sy, a French Muslim with Senegalese roots. Mr. Zemmour questioned her French loyalty, challenged that her parents could have named her Corinne, instead of giving her a Muslim name Hafsa (lioness in Arabic).

When he spoke about the imperatives of integration/insertion/assimilation of the French Muslims with North African and Swahilian origins for not choosing Christian first names, he ironically mentioned in the Gregorian Saints’ Calendar, for instance, he told her, “Corinne would suit you!”

Since that clash between the businesswoman and the polemist journalist on the first-names Christian Catholic saints issue — the controversy grows, fed by the repeated statements of the two opponents, because Mr. Zemmour called also the French FIFA 18 World Cup soccer champs an “African team.”

The problem with Mr. Zemmour’s comments are that his own last name sounds Berber, which means olive and he himself has Algerian roots, his parents gave him a Swedish saint’s name, Éric.

Twenty-nine years ago, the French media started to characterize French Muslims  based on the two sisters with Moroccan descent, who wore the so-called Islamic veil in their city’s High school. C-News and BFMTV networks were not created yet, but even then TF1 and France 2 were not doing any better than the French “independents” networks of the 21st century. They were born to be the alternative and informative networks to contain la pensée unique and give a broad and constructive vision of the French audience.

When CNN emerged in the U.S. in the world news, it was a celestial channel, but the network has since lost its credibility and prestige in the world. For instance, in the Middle East, the entrance of al-Jazeera completely marginalized CNN. Even though CNN was broadcast to Middle Easterners and North Africans, it is not CNN North America; they get CNN International, which is better at informing and reporting than the continental one, so the same in France, neither C-News nor BFMTV are gaining any reliability among young French Muslims in France because of their bias reporting and poor analysis.

The coverage of Mr. Zemmour vs. Ms. Hapsatou Sy has let victimization and guilty prevail over freedom of the press in France; her expulsion from les Terriens du dimanche TV-show has made the freedom of the press sound like a fallacy. The question deserves to be asked. According to the main French journalists and essayists that’s exactly what the media are doing, protecting freedom of the press, this is why Mr. Zemmour has the right to express freely his opinions and minds.

Nonetheless, are the media barons acting like tyrant regimes towards the freedom of the press? Because Ms. Hapsatou’s role at the C8 network was not to express and read  what the French Muslims in the suburbs were saying about white France and the government’s public policies goals in the banlieue; she was trying to show the sociopolitical complexities of what the French media and Parisian elite call “la banlieue”,

and Éric Zemmour’s civil war obsession in France’s cities neighbors, so that also the souchistescolumnists of Wauquiezville and Marineland.

C-News network believes itself to be fair & balanced and promotes one of the right biased talk shows, l’Heure des Pros. Pascal Praud looks like Sean Hannity on Fox News and is becoming one of the right and the far-right voices in France, according to a media analyst in a Parisian think-tank. So the decision to fire Ms. Hapsatou Sy registered in a trajectory of fear and submission.

According to Mr. Zemmour, in this stance the dialectic relation of victimization and guilt,  both are victims of French media impartiality. His comments created a relationship between sensationalist journalism and an ignorant audience for hate; hence, willingly or unwillingly, the incident is democratizing the profession of journalism and shaping up a framework for the viewers to judge a trustworthy journalist and his network.

It is the right of the journalists to provoke taboos and give their views, to argue about any controversial approach. Mr. Zemmour’s comment, however, about the French Muslims’ first-name choice could have been the intellectual element of a journalist for what Ms. Hapsatou Sy and other Muslim businesswomen, journalists and lawyers are saying in promoting women’s rights and voice in the banlieue to the entire France.

Le cri de coeur of Ms. Hapsatou Sy about Mr. Zemmour’s comment is breeding a lexicon of political violence and intolerance in France. Ms. Hapsatou Sy is not talking about propaganda, disinformation and victimization, but is raising a question that could help the white purist French audience to understand the banlieue. She, like thousands of  professional French Muslim women, are well aware of the residual dialectic that has been unfairly considered in the French news and implemented by bankrupt politicians for decades.

Mr. Ardisson’s decision of firing Ms. Hapsatou Sy from his show is limiting the freedom of the press — the large majority of French have been arguing to let Mr. Zemmour speak about his dangerous ideas — generally, people are not interested in restricted journalism, but they prefer what has color and life.

As the Atlantic Charter crumbles
Obama! Return Your Prize to Erdoğan
Comment