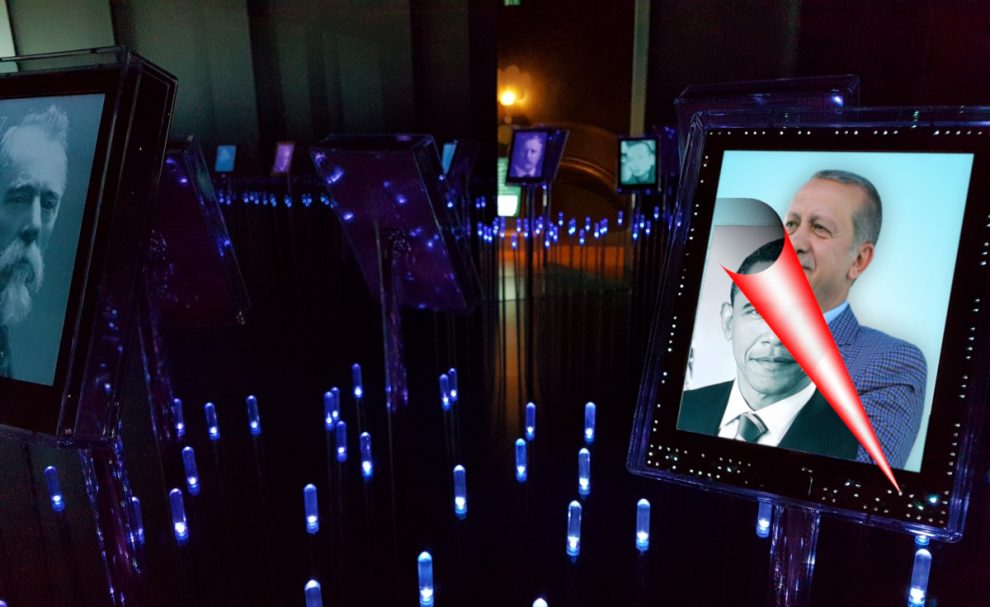 This was the sentence that the Nobel Peace Committee, appointed by the Norwegian Parliament, used when they were giving the Nobel Peace Prize to Barrack Obama after his eight-month American presidency: Leading spokesman.

Obama speaks really well. Because good hypnosis was taught to him. He applies well. One of his speeches has been a good source to analyze the hypnosis technique.

During his presidency, Obama did nothing but spoke well and disordered the world. He spoke well and made the tearful Middle Eastern children damn to him. That is all.

He fulfilled the orders of the deep American state.

He successfully carried out the Great Israel project.

Being considered as a half Muslim has helped him to deceive people in the Middle East very easily. That is it.

The Nobel Peace Prize is not given by the Swedish Academy. The person who is chosen by the 5 people appointed by the Norwegian Parliament, gets the prize. In other words, it is completely a political prize. It has nothing to do with peace.

This is why the American people think that Obama did not deserve this prize.

Aung San Suu Kyi is also present in the prize-winning guilty caravan. He will give an account of what he did to innocent civilians of Myanmar together with the Bosnian Butcher.
I do not think that a person who provides Idlib’s 3.5 million innocent civilian to sleep in peace will get the Nobel Prize. The Norwegian Parliament can be able to give this price only to the murderer of Yasin Börü.

Is the French Mass Media Democratizing the Press?
The Smallest Bite That Assad Cannot Swallow
Comment