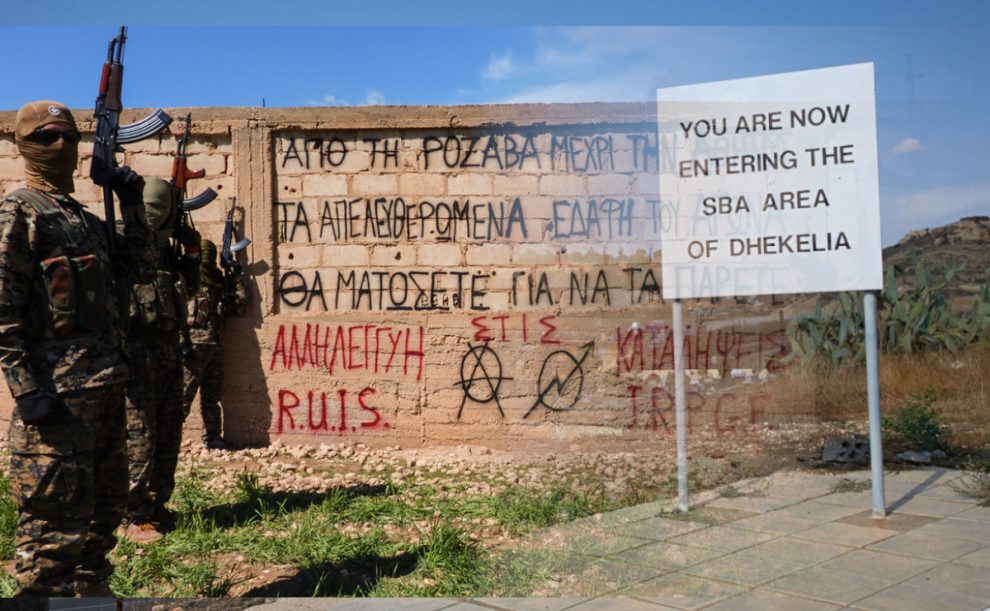 Are we aware that as the Republic of Turkey, for decades we have been following Cyprus policies, that are going to endanger both Turkey and Cyprus’s future without rhyme or reason?

It seems that the upcoming years – as a matter of fact, the next decades – will be shaped according to Cyprus and its surroundings.

As Turkey, we closely follow the developments around Cyprus. That is why Turkey recently conducted the biggest military drill of the century; this was a very important drill conducted simultaneously on the ground, in the air and sea.

Through this drill, we gave the message to the U.S., U.K., Russia, France, Italy, the United Arab Emirates (UAE), Egypt, and Israel, which have been amassing battleships and war craft in Cyprus and its vicinity, and stirring up tensions in the East Mediterranean waters with the excuse of gas and oil, that we are alert against their attempts.

This message was received loud and clear by the concerned parties.

Just as tensions in Iraq, then Syria were elevated and used by imperialists in the last quarter century to siege the region, particularly Turkey; in the following period, the East Mediterranean in general, and especially Cyprus are going to be used in the same way to siege Turkey, and as a matter of fact to strike us at our first great weakness.

We are at least aware of the new strategic games being played around Cyprus, in the East Mediterranean.

However, I am not asking whether we are aware of how the developments in Cyprus are gradually paving the way to incidents “that are going to lead us to completely lose Cyprus.” I am not asking, because I do not think we are in a state to comprehend what is happening in Cyprus or prevent what is trying to be done, and this is what frightens me. Clearly, I am crying out, “They are going to strike Turkey from Cyprus.”

For almost two years now, a formation called Unite Cyprus Now is carrying out projects that will threaten both the Turkish Republic of Northern Cyprus (TRNC) and Turkey.

The Kıbrıs Postası (Cyprus Post) newspaper published an article on Jan. 25, 2018, about this formation. I am going to share a quote from that article, a quote which you will raise the hair on your neck:

“The Unite Cyprus Now group called out to all Cypriots on 11:00 a.m. Saturday in the Ledra/Lokmacı buffer zone to join them and raise their voices against radicalism and disunity.

The group’s written statement said that one of the most saddening manifestations of radicalism was experienced yesterday. It was pointed out that an organized group, which had attacked and harmed the African newspaper and attacked journalists, climbed atop the parliament roof and unfurled a flag belonging to one of the clans that form the Ottoman Empire.

In the statement that drew attention to President Mustafa Akıncı facing a verbal attack, and to Republican Turkish Party (CTP) deputy Doğuş Derya facing both verbal and physical attack as she was taking her oath, the following was reported:

“What happened yesterday is the result of disunity. In the event that disunity continues, the Green Line is going to increasingly become a border with Turkey, Turkey’s influence in Cyprus is going to further increase, the migration flow to the island is going to uncontrollably increase, and the conditions and tensions in Turkey will reflect on the island.

Radicalism is going to increase in both communities and our chance to establish a joint, stable, secure, prosperous future based on the superiority of law, democracy, tolerance, human rights and peaceful coexistence for the future generation will be in danger.

A federal solution alone will make Cyprus secure and independent in the true sense, and allow the rule of the superiority of law on our island. The assumption that the status quo is safe and sustainable in our region, which is surrounded by wars, conflicts and terrorism, is a delusion.’”

We are losing Cyprus

I read this article and the statement it contains with shivers.

There are Turks in Cyprus that want Turkey to withdraw from Cyprus.

This is the state we are currently in. We have a military presence in Cyprus, but not a cultural one.

Let it be known that culture-wise, we have lost Cyprus.

Hence, in order to culturally win Cyprus again, we need to form a common civilization and historical awareness, and raise the economic and social welfare of our brethren in the TRNC above that of the Greeks.

Thus, it appears that we might completely lose Cyprus – which we lost culturally – that the people in the TRNC are not going to object to this, and as a matter of fact, they are going to start to demand this. You can re-read the article in the Kıbrıs Postası with this perspective now.

Yes, they are going to strike Turkey from Cyprus.

First, they are going to make sure Turkey is distanced from Cyprus – which is something we already did with our own hands: Cyprus is culturally closer to the Greeks, not us. If there is anybody in Turkey that says Turkey is culturally present in Cyprus, please give them my regards.

Secondly, imperialists are going to shape their next 50-year, century-long strategies through Cyprus. They are going to attack us from Cyprus.

The most permanent way to prevent imperialists from attacking us through Cyprus is by joining forces around a common civilization and historical awareness with Cypriot Turks.

We are culturally losing Cyprus.

If we do not want to lose it completely in the future – which will result in Turkey’s division, God forbid – we have to take the necessary measures before it is too late.

Turkey’s growing soft power at display in Somalia
Where did the American revolution go?
Comment