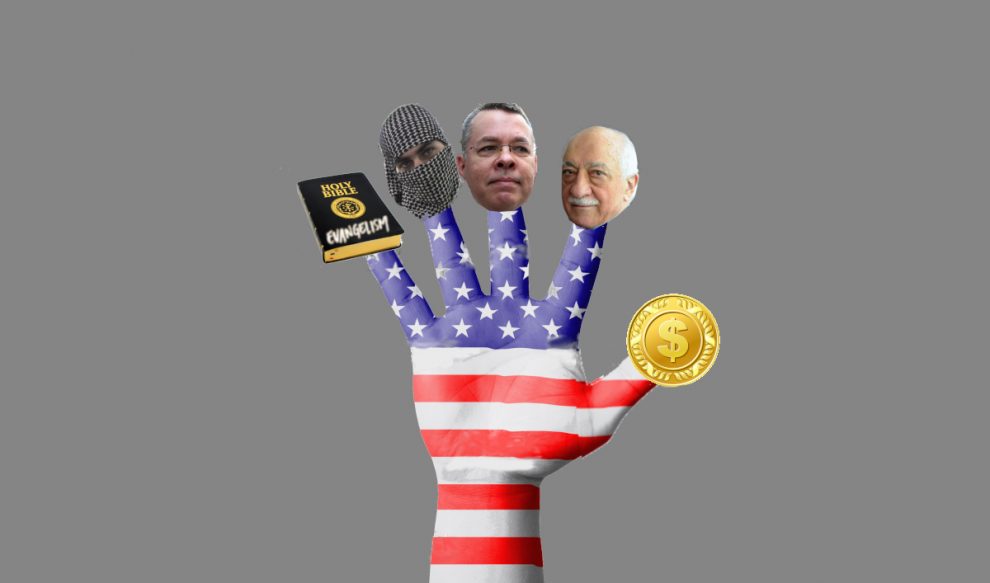 Many Washington-based Turkey observers, including former American officials, tend to tie the recent crisis between Washington and Ankara to complicated factors – from heated domestic politics and developments on the ground in the Middle East to Turkish nationalism. For them, it is the trajectory of the matters rather than the daily conduct of foreign affairs.

Yet, it appears, the root cause of the recent Pastor Andrew Brunson crisis is quite “Trumpian.”

The situation has been tough since Trump assumed office last year. In every meeting where a U.S. official is present with a Turkish counterpart, Brunson’s imprisonment in Turkey becomes an issue. Trump and Mike Pence have been pressuring the Erdoğan administration for almost a year and a half. So, both sides do know the importance of the file.

But why did the whole negotiation process fall apart simply a couple of days after Brunson’s house arrest decision? This was obviously a welcome development that was endorsed by the U.S. Secretary of State Mike Pompeo in two speeches on the same day last week.

The main problem, it seems, is a misunderstanding. Foreign Minister Mevlüt Çavuşoğlu and Pompeo were the chief negotiators on standing bilateral dossiers. However, both Presidents Donald Trump and Recep Tayyip Erdoğan prefer to directly discuss these issues rather than using interlocutors. When the two met at the NATO summit in Brussels earlier this month for a reception, they had an informal chat while walking around to complete their daily tasks. This impromptu stand-up meeting is where Erdoğan raised the Ebru Özkan issue. Özkan was placed on house arrest in Israel, pending terrorism charges. Erdoğan and Trump discussed Özkan’s release through a Turkish presidential interpreter who was following them closely. In some parts during the day, Çavuşoğlu and Presidential Spokesman İbrahim Kalın translated as well. It isn’t very clear exactly when Erdoğan asked Trump’s help for Özkan that day, but it is almost certain that there wasn’t any formal or written material on the terms they agreed on if there was ever an agreement.Turkish officials say Erdoğan didn’t offer anything in return, let alone Brunson. The White House told American media that Turks kept upping the ante, and didn’t keep the promise on their own end. In any case, even if Özkan isn’t seen as an equivalent for Brunson, with Trump’s help, Israelis indeed released her.

Considering continuing drama over Trump’s one-on-one with Russian President Vladimir Putin in Helsinki, in which only an interpreter was present, maybe it isn’t very unusual for Trump not to have a note taker during his negotiations with Erdoğan.

Another problem in this affair is a symptom of how the Trump administration runs its daily business. Instead of designing a clear-cut process of conducting foreign relations, there are multiple channels, almost six according to one source that confuses each other about both sides’ intentions. There were, of course, multi-channel engagement with the Obama administration as well, but they were very well synchronized, transmitting the same messages and only empowering people who are authorized to strike deals.

Still, the future isn’t bleak yet. Trump issued countless threats to many nations but in the end, he sat with them to negotiate new deals. Erdoğan’s considerable restraint in his public responses to Trump implies that he is waiting for the next round of direct engagement, which is likely to happen on the sidelines of the U.N. General Assembly meetings.

Turkish officials now must understand that the bilateral relationship between the two countries cannot solely depend on the chemistry of the two leaders. Trump can be a good ally but if he loses his temper, it is all outbursts and threats, nothing like past presidents.