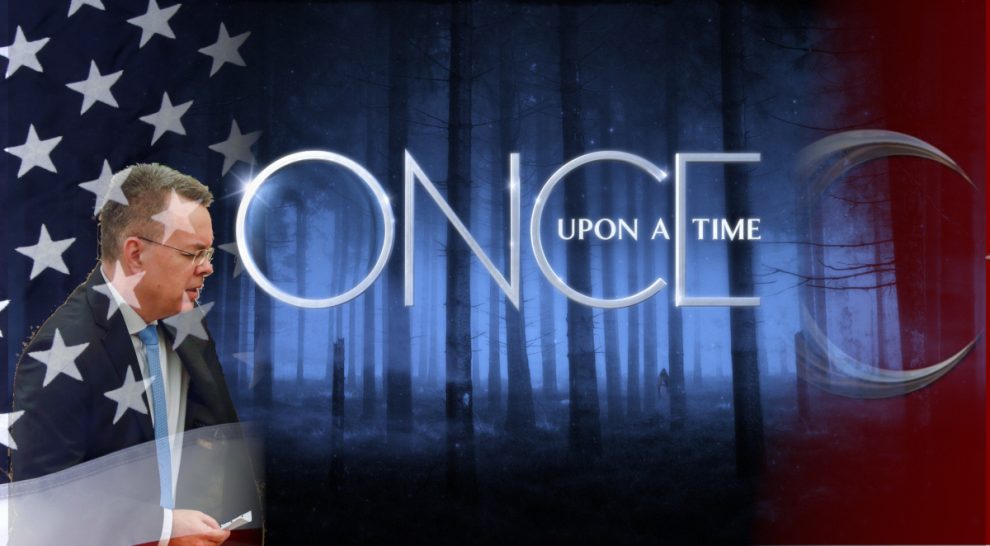 erhaps in 10 years’ time people will say, “Once upon a time, strange things had come to pass between two good allies, Turkey and the U.S., because of a man.” They will tell the story of Andrew Brunson, who had worked in İzmir, Turkey for almost 20 years as a pastor in a small Protestant church with 25 congregants and was arrested in October following the July 15, 2016 coup attempt. They will go on saying that two years after his arrest a U.S. vice president called on President Recep Tayyip Erdoğan to release him or face significant sanctions.

A month later, the U.S. Department of Treasury imposed sanctions on two Turkish government officials who were involved in the pastor’s detention. That man was released last week by a Turkish court that sentenced him to three years in prison but ruled he won’t serve time behind bars because of time already served.

In 10 years the Turkish and American people will not even remember what happened to that pastor – if he really was only that. Some libertarian U.S. scholars would have written accounts of the events and shown the links between U.S. Vice President Mike Pence and the evangelical Christian churches and the roles played by their votes in the 2018 midterm elections.

Should the democrats gain both houses in U.S. Congress and impeach President Donald Trump as some expect, the relationship between the man who would fill the occupancy in the Oval Office and the Christian cults would be known better. The chroniclers would have said that all that jazz between Turkey and the U.S. had not worked. If “rescuing a Christian man of God from the hands of infidels in the land where the first Evangelists had walked on” works and the good old Republican Party crusaders keep their majority on Capitol Hill, then all that trouble would have been paid off for Pence and Trump.

Again, I assure you, Turkish people won’t forget one thing: Trump’s national security adviser’s confession that the Washington Administration had conspired against Turkey, which is – at least on paper – an ally of the Americans. Pence has threatened Turkey several times with economic sanctions over Andrew Brunson. He said Turkey should have taken “immediate action,” as if Turkey were a country where the courts of law take orders from the political authority.

Of course, the executive branch could do nothing to get him released, and Turkey had to endure several sanctions including punitive, that is to say, illegal, taxes on Turkish exports to the U.S. All the government could do was to bravely retaliate against the sanctions.

Yet, in those days something else happened too: Turkey faced a lira crisis; the value of Turkish currency hit an all-time low. Almost all economists, financial experts, even the Wall Street Journal said that this downfall had nothing to do with sanctions per se. John Perkins, who has books on the “operations of economic hit men,” said Turkey was undoubtedly being targeted by the U.S. and some other governments.

During those dark days, when Erdoğan and his cabinet feverishly fought to calm the markets and halt the sliding of currency, Qatar had encouraged Turkey by infusing more than $15 billion into Turkey’s economy. This ugly American shamelessly told Reuters in an interview during a visit to Israel that “the Turkish government made a big mistake in not releasing pastor Brunson,” adding that a Qatar’s “cash pumping” would not help Ankara.

This was the U.S. national security adviser’s Freudian slip:

“Every day that goes by that mistake continues, this crisis could be over instantly if they did the right thing… and release pastor Brunson without condition.”

Some in the U.S. media tried too hard to correct it, but this “blurb” is now the major trademark of what Turkish people endured since last August. The country has suffered (and continues to suffer) an American-made economic fratricide, which did not – could not – kill the Turkish people, but it definitely killed the fraternity of the two nations.

Once upon a time, Turkey had an ally that now exists only on paper.