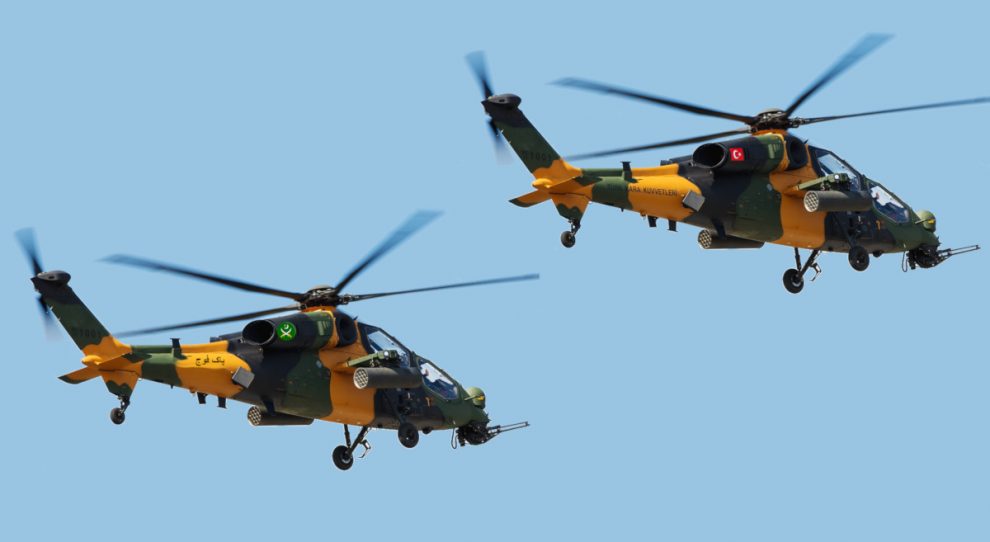 With close bonds forged from birth, Turkey and Pakistan stand to gain everything from building enduring strategic ties. The question is not why, but when.

Pakistan’s relationship with the modern Republic of Turkey goes back well before its inception. The two countries have shared a close bond for seven decades since Pakistan’s independence from British India.

Yet for all the history and cordial ties between the two Republics, there has never been a truly strategic partnership paying significant dividends either bilaterally or internationally.

As both countries now face similar pressures from the United States, and encounter the ever changing geopolitics of the Middle East and West Asia – opportunities have arisen for the two countries to capitalise on converting a historic relationship into a meaningful partnership.

Indeed, the two countries have been looking at a more substantial pivot from which to build deep economic, security and regional cooperation.

As the Turkish Foreign Minister, Mevlut Cavusoglu arrived in Islamabad on an official two day visit to meet the new government, the question is more pressing now than ever, can their fraternal ties truly become strategic?

A close bond forged at birth

Professor Naeem Qureshi, Quaid e Azam University, is the world’s leading figure on historical ties between the Muslims of the Indian Subcontinent and the Ottoman Empire.

In his book, Ottoman Turkey, Ataturk and South Asia, he details the support given by leading members of the Indian Muslim community to assist the Turkish War of Independence when Mustafa Kemal Ataturk led the Ottoman Army that would go on to defeat the Allied powers, carving out what would eventually become the Modern Republic of Turkey.

Jinnah and Iqbal of course went on to become two leading figures that helped establish Pakistan itself. The close bond between the two nations runs much deeper. Jinnah has a major road named after him in Ankara, just as Ataturk has one named after him in Islamabad.

For decades, Turkish children have sung Pakistan national songs and celebratedPakistan’s national days.  Earlier this year, the Pakistan President, Mamnoon Hussain, called Turkey, ‘Pakistan’s best friend’ while speaking at an eventhonouring 71 years of friendship. What does this actually mean however, beyond the rhetoric, hugs and smiles?

A Turkish path for Pakistan

Pakistan’s ties with Turkey have not been impacted by the civil-military crisis between Rawalpindi and Islamabad, and whoever has been in power in Pakistan, with Ankara always remaining a close friend. Much has been written about the nations’ similarities in history in particular civil-military relations within a democratic order and the perceived best interests of the nation.

On the other hand, there has always been a strong view that the United States has been complicit in coups affecting both countries.  With the Turkish and Pakistani Generals having enjoyed in the past, warm ties with American leaders throughout the cold war and since 9/11, in the case of former President Musharraf.

Ironically, Musharraf who himself grew up in Turkey and speaks fluent Turkish, has always spoken of his admiration of Ataturk, and his desire to follow a Turkish model in building Pakistan into a modern democracy.

As the current Pakistan Army Chief of Staff, General Qamar Javed Bajwa speaks of a new era of democracy in Pakistan, Turkey is best poised to become a positive influence in soothing civil-military relations that have been entrenched for decades in Pakistan.

Former Prime Minister, Nawaz Sharif has also spoken often of his admiration of the Turkish model of government and looked up to the current Turkish leadership as an example for Pakistan to follow.

In return, President Erdogan has consistently repeated that Turkey wishes to see a strong Pakistan. Pakistani leaders, whether democratic or military, have been consistent in voicing their wish for this Turkish model.

Defence and Economic Ties to be a Key Focus

The Pakistani and Turkish militaries are the only part of the ongoing bilateral relationship that has had a truly strategic partnership, away from the pictures and handshakes. Earlier this year, Pakistan and Turkey signed their biggestdefence deal in history, after Turkey agreed to sell domestically-produced attack helicopters to Islamabad in what was also Ankara’s biggest export deal yet and a significant boost for its defence industry.

Islamabad on the other hand, benefits from access to reliable, state-of-the-art military technology at affordable prices.

Both countries can capitalise significantly on this domain. Just as Turkey is facing opposition in the delivery of its F-35’s despite being a staunch NATO member and contributing to the development of the aircraft – Pakistan has also faced an uphill struggle in receiving F-16s and other military equipment it paid for despite being a major non-member NATO ally.

In the aftermath of the PKK and Daesh terrorist attacks, Pakistan was one of the first countries to offer support to Turkey. Turkey in return, also asked Pakistan’s assistance in the fight against terror after Pakistan’s success in Zarb e Azbmilitary operations in its north west. Pakistan also purchased naval equipment from Turkey, with the two countries also buying each other’s aircraft trainers for their respective air forces.

Moreover, the extensive military exercises between the two countries are now a landmark of their rooted ties, particularly with their focus on combined arms cooperation between their Air Forces and Special Forces.

On his current trip, the Turkish Foreign minister has honed in on the importance of defence and economic ties in his meetings with his Prime Minister Imran Khan and the Army Chief of Staff.

It can be argued that apart from close military ties and defence deals, not much has happened elsewhere despite lofty statements and meetings over the last few decades.

Turkey and Pakistan have yet to sign a free-trade agreement, with a number of high-profile controversies taking place on major state-level commercial deals.

So far, bilateral trade deals and their volumes have been the subject of much talk rather than an actual increase in commerce between the two countries. Apart from successfully working closely together on the Afghanistan conflict, the two countries have never forged a strategic regional partnership since the collapse of the cold war era Baghdad Pact.

President Erdogan, in congratulating Imran Khan, has called for a new era in relations and ties between the two countries. With the two countries supporting each other on every diplomatic, security and economic crisis, and particularly over the last three years, one senses the time is near for an enduring strategic partnership to the benefit of their nations and regions.