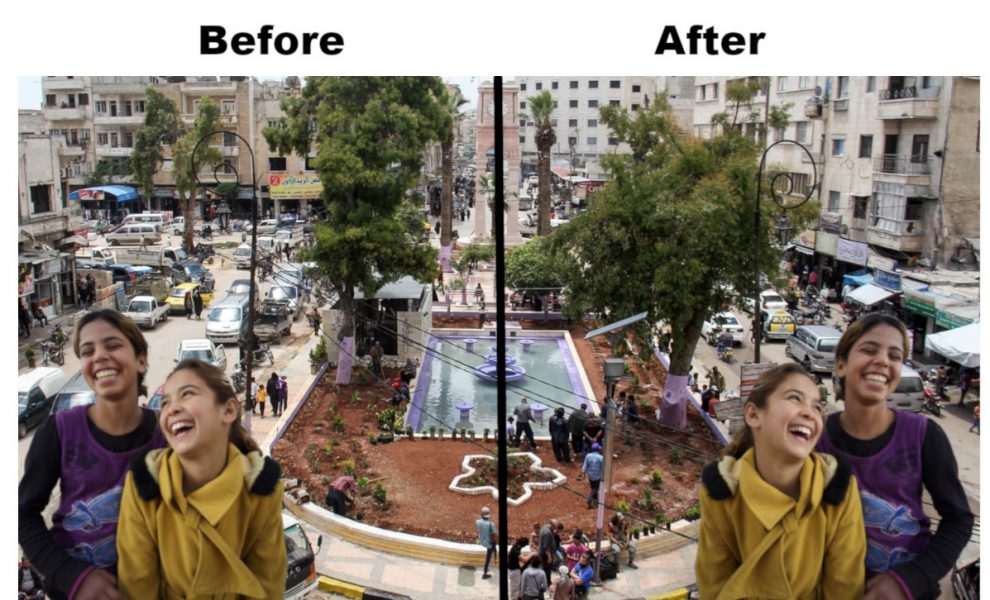 Idlib has been the main focus of international press over the past couple of weeks since Bashar Assad’s forces were poised to intervene and destroy the city, just like it did in Aleppo, with an air operation backed by Russia. It was an alarming situation since up to 4 million civilians could have been killed in such an attack. The recent summit organized in Sochi between President Recep Tayyip Erdoğan and Russian President Vladimir Putin regarding the issue has yielded promising results that have instilled hope about a diplomatic solution.

The two leaders agreed to form a demilitarized buffer zone in Idlib, while Russian Defense Minister Gen. Sergei Shoigu announced that they would not launch a military operation in the city. Putin remarked that the demilitarized zone would be completed by Oct. 15, saying that they decided to remove heavy weapons from the region as suggested by Erdoğan, while Russian and Turkish troops will keep the region under control.

Putin also said the demilitarized zone will be 15-20 kilometers wide, and that the opponents in Idlib are required to hand over their heavy weapons by Oct. 10, adding that this approach is also backed by the Syrian regime. Although the Assad administration announced that they would not conform to the agreement, they will not be able to act without Russia’s support.

Meanwhile, Erdoğan stated that the opponents will remain in their locations and a demilitarized buffer zone will be formed between them and the regions controlled by the Syrian regime. Stating that they aim to stop the activities of radical groups in the zone and that Russia will take the necessary measures to prevent an attack on Idlib, Erdoğan said coordinated patrol activities will be carried out on both sides of the demilitarized zone’s borders and Turkey will fortify its observation points.

Technical aspects aside, it is important to note that Erdoğan has marked a diplomatic achievement by taking the initiative in an atmosphere in which the international community kept quiet to wait and see. In so doing, he prevented the inflow of more than 1 million refugees into Turkey in a possible operation in Idlib. Second, he contributed to the peace and safety of 4 million people living in Idlib. Third, while Western commentators were cynically claiming that they would face serious consequences if they impede Russia and warning Erdoğan to reconsider the Geneva process, Erdoğan both talked Russia out of the military operation and prevented the collapse of the Astana process without upsetting relations as a result of two weeks of diplomacy. And fourth, in an environment where Iran is left out due to its game of “uninformed shooting” – the public airing of diplomatic discussions between the leaders of the three countries at Sochi – in Tehran, Turkey has demonstrated that it has been one of the leading decision makers regarding the future of Syria.

Some will surely attempt to downplay this diplomatic achievement. The latest incident of the downed Russian jet is an example of that. Israel – which has pounded more than 200 targets in Syria claiming they belong to Iran over the past 18 months – is the first country to which eyes turned. After Putin said, regarding the downed Russian jet, that it was a tragic incident and they were still investigating it, the Russian defense minister announced that they held Israel accountable, which was important. Although Israel insists that they are not responsible for the incident by denying the accusations, the Presidential Palace of Assad’s regime managed to escalate the tension by releasing satellite images of Damascus Airport and a military base belonging to the regime.

Known to support groups affiliated with al-Qaida in Golan Heights and remaining silent on the Syria issue, Israel’s latest impetuous moves should be seen as positive developments. As a columnist who has always stood against Assad, I would like to emphasize this point: Any action meant to fuel the conflict in the region must be averted as a diplomatic resolution for the Syria crisis has just appeared on the horizon.