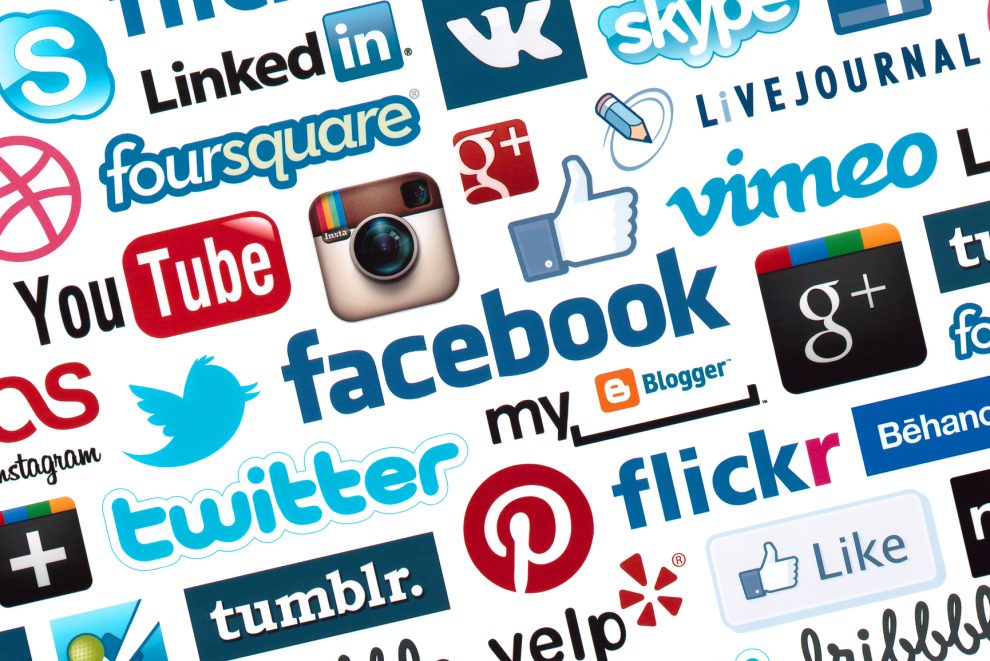 What I come to after observing the wild race that we call social media is a question: Would it be different if we didn’t have a “new” media but continued with the old, traditional, mainstream media?

MALKOVICH: I gotto know the truth, Kevin.
BACON: Truth is for suckers, Johnny-Boy
— Charlie Kauffman (in the “Being John Malkovich” movie)

Sir Timothy John Berners-Lee whom friends emphatically call TimBL, invented the World Wide Web in 1989 when he was working for the European Organization for Nuclear Research (CERN), and left it in 1994 to create a standards-body for the Web. The Massachusetts Institute of Technology Laboratory for Computer Science (MIT/LCS) accepted to be the host for what later became known as W3C to set standards and protocols to operate within the WWW network.

I attended its second international conference in October 1994. The first conference was held in May 1994 at CERN in Geneva. It was sort of a founding meeting with public notaries and partners; the real—and first—discussions on the technology, tools and applications took place at the Center for Supercomputing Applications (NCSA) in Chicago. Trying to throw in my two cents’ worth with the small gathering (W3C has as of this year 444 members; then I think there were less than 44 people in the room), I said “Wild Wide Web” instead “World Wide Web.” It could be due to an understandable ecstasy of breathing the same air with TimBL, or a premonition of the social network and social media that we have a quarter century later, today.

Perhaps, for a person who has been witnessing all that development (if I may say so) since day 1, all that had happened in these years was not that catastrophic, at all. But today what we have especially in the new media arena is definitely wild.

There are three views on what is happening now:

In a conference I participated in May 2007 in Banff, Canada, W3C standard-bearers discussed ways to tame the upcoming social networks under the very insightful title of “Step Two: Harnessing the Wisdom of the Crowds.” Step One has already been taken and crowds began filling Facebook since 2004 and Twitter since 2006; and the world needed a way to search and index all that information on the Internet that was really getting wilder by every second. I remember Deepayan Chakrabarti and Ravi Kumar from Yahoo! Research discussed how to see identifying structures (all items on the Web page is no longer text only; the search engines need to have standards to recognize non-textual content) in Web pages; Ziv Bar-Yossef from Google Haifa Engineering Center handled the issue of “crawling different URLs with similar text” (“Crawling is the technical term for a search engine going and getting a Web content and indexing it; and yes, Google’s main engineering center is in Israel).

Have people entered into an echo chamber, where they only hear what they say in social media? Or do we still hear other voices if we want to?

Is the Echo Chamber Theory true?

Many other issues discussed and the W3C committees created protocols for all social media content. That is how YouTube recognizes a video used in your Twitter message if it is not licensed; with these protocols, all the technical standards are set so that your Facebook image appears in a Google image search.

On this technical foundation the Internet (Web sites on WWW, blogs and microblogs–Facebook, Twitter, Instagram, and 60 plus other social networks) has expanded the amount of political, social and cultural information. That is the positive side that created a pluralistic public debate on anything and everything. But the proponents of the “Echo Chamber Theory” say that greater access to information may lead to selective exposure to ideologically similar channels. In other words, like-minded people find each other, and hear what they want to hear. This over-exposure to similar voices puts the person in a position of hearing himself in an “echo chamber,” which simply reinforces sometimes dangerous and harmful behavior. Sociologist and communication psychologists call this “developing tunnel vision” and find it extremely harmful to individuals and to social capital of societies.

Even if you want to have access to a variety of opinions and ideas, Google’s search engine customizes a search model for you depending on your “like” and “dislike” behavior and the content you create. A simple experiment of sending a Gmail to a friend of yours with a text laced with words like “Islamism” and “Jihad” would make you a target of Google Ads on guns, Arabic courses and graduate study offers in Afghanistan. Because in today’s tethered world you are what you write, read and purchase; all these are indexed and registered so that you can have a “customized social media experience.”

Proponents of the “Echo Chamber Theory” say that greater access to information may lead to selective exposure to ideologically similar channels. Like-minded people find each other, and hear what they want to hear.

In addition to this “technical” customization, we too select our buddies and friends from among people you like, and you follow the people you like. There are many research showing that only 5 percent of Facebook users follow people they hate! Again, 18 percent of social network users block/ban/unfriend people who post messages they don’t like. Robert Sunstein, the Administrator of the White House Office of Information from 2009 to 2012, wrote “Although millions of people are using the Internet to expand their horizons, many people are doing the opposite, creating a Daily Me that is specifically tailored to their own interests and prejudices.” They would live in ‘echo chambers,’ leading to greater polarization in a country’s politics. Even if we share the opinions of other people, there are selected from the sources we trust; we let “our people” read the articles of those whom we like most. We act as filter for our friends, and thus we create what experts call a “filter bubble.”

In short, we are creating our own cocoons on Facebook and Twitter; and rarely, if ever, go out of it for feeding. After all, “networking” is supposed to be just like that. Is it not?

David Robson, (@d_a_robson on Twitter) last year in an article written for the BBC answered this question begging to differ. He says, “contrary to popular belief, we now hear more diverse voices than ever before.” He cites studies that suggest that most people do not live in Facebook or Twitter echo chambers and ‘filter bubbles.’ In his article, Robson cites a research by Seth Flaxman, Sharad Goel and Justin M. Rao on Web-browsing histories for 50,000 U.S. users who regularly read online news. These researchers found that while social networks and search engines are associated with an increase in the mean ideological distance between individuals, somewhat counterintuitively, these same channels are also associated with an increase in an individual’s exposure to material from his or her less preferred side of the political spectrum. The research shows that the vast majority of online news consumption is accounted for by individuals simply visiting the home pages of not only their favorite news outlets, but also opposite news sources which means that people expose themselves to a more extreme world view.

Robson also cites PEW and University of Ottawa surveys confirming these findings. A survey of 2,000 British adults, for instance, found that “the majority of people already reach outside their political comfort zone: they actively seek out additional sources that convey diverse views that do not match with their preconceptions.” In this survey only 8% of the participants had just one or two news services without other perspectives. This small number of people happens to be the most hostile online because of some behavioral theories: a motivated reasoning makes us surer of our opinions when faced by opposing views. But most people do not have minds set on certain emotions. Anonymity is also a factor making people act hostile online.

Robson, accepting the facts that false news spreads much more rapidly than verified information from respectable sources, and that people may be target of deliberative manipulation on social media, concludes that digital literacy efforts are making people act intelligently.

We are creating our own cocoons on Facebook and Twitter; and rarely, if ever, go out of it for feeding. After all, “networking” is supposed to be just like that. Is it not?

The third group think that social media echo chambers might actually be a good thing. That is, you are not a partisan out of ignorance but because you fundamentally disagree with something knowingly. Scholars who take this road usually point to the fact that we are living in a post-truth age; people, born and raised in postmodernism’s identity politics, are already partisans of certain values.

The research teams from Duke, Princeton and NYU asked 1,652 self-identified Republicans and Democrats to follow a bot for one month and actually read its tweets. They did not know if they were getting tweets from a liberal bot or a conservative bot, but they received 24 messages a day from notable political personalities, pundits, and elected officials. At the end, Democrats getting tweets from the conservative bot, and Republicans receiving messages from the liberal bot expressed change in behavior. Democrats were influenced in a “statistically significant way” by the Conservative messages, but the Republicans strongly opposed to the tweets they received. If you hold an opinion as a result of identification process, familiarity with the opposite ideas might weaken your attitude. If you believe in what you believe in as a result of a strong ideologization process, no matter how much other opinions you are exposed to, you will stick with your story. Why is it a good thing?

Tristan Greene, who writes on political policy concerning technology, evaluating this research argues that despite “all of our olive branches and … bridges, maybe we should just let our votes do the talking when it comes to political discourse, and do not worry too much on nests, cocoons and hives we live on social media.”

What I come to after observing the wild race that we call social media is a question: Would it be different if we didn’t have a “new” media but continued with the old, traditional, mainstream media? How many of us today would be getting two newspapers of opposing political and editorial behavior? Wouldn’t we be judging people with the newspaper they had folded under their arms?

Human beings are the same despite all changes in the media.