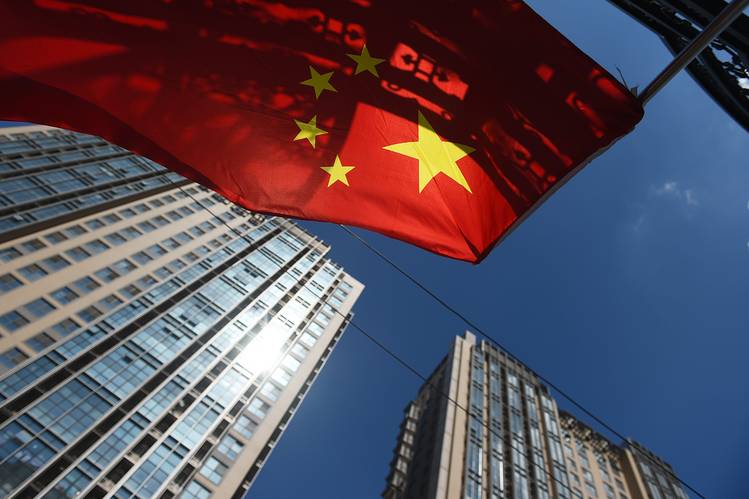 China has outperformed the U.S. in terms of its share of total global exports. The U.S., which gained absolute dominance in the Pacific after World War II, is losing this control to China step by step. According to the International Monetary Fund (IMF), China’s growth between 2017 and 2021 is expected to average 6.4 percent, compared to 6 percent last year. As IMF Managing Director Christine Lagarde has said, the IMF’s headquarters could be based in Beijing in a decade. The largest gold exchange after London opened in Shanghai. According to the World Gold Council, China accounts for about 28.6 percent of jewelry demand, and with 1,843 tons of gold, it has the fifth-largest gold reserves in the world.

Moreover, China has come to compete with the U.S. in the defense industry. It has quite an assertive positon in a wide range of areas, from cyber defense systems to air defense systems. It is also closing its deficit of aircraft carriers. In addition, it has an indisputable superiority in the size of its labor force. Undoubtedly, however, the One Belt and One Road Initiative (OBOR), also known as the Iron Silk Road, which would connect Beijing to London, is the most farsighted breakthrough made by China in recent years.The Baku-Tbilisi-Kars Railway, which was inaugurated with Azerbaijani President İlham Aliyev, President Recep Tayyip Erdoğan and the Georgian, Uzbek and Kazakh prime ministers in attendance last Monday, is the most important section of the middle corridor of this project. As such, the railway will largely bypass Russia, Armenia and Iran and goods that reach Kazakhstan from China, and Turkey from Azerbaijan, will arrive in Europe in a much shorter period of time.

When the project is over, the time to transport goods from Beijing to London will fall to 15 days from 45. With its current capacity of carrying 1 million passengers and 6.5 million tons of goods annually, the project will also boost Turkey’s geopolitical value. It will save time, energy and money. Chinese influence on the countries the road passes through will also increase. In other words, it seems the OBOR will kill many birds with one stone.

Beijing was the first destination President Erdoğan visited on his world tour after winning the April 16 constitutional referendum, which was one of the signs of this. Let us also point out that Chinese Vice Premier Liu Yandong was the first senior authority to visit Turkey after the referendum. Turkey, one of the central countries for the project, is quite satisfied with this cooperation and is seeking the ways to improve cooperation with China not only in the economy, but also in education and tourism.

In “Diplomacy,” Henry Kissinger writes: “Empires have no interest in operating within an international system; they aspire to be the international system.” The U.S.’s preference for cooperating with the enemies of its allies and even with terrorist organizations instead of acting in solidarity with its allies has led to a power vacuum. China, seeking to fill this gap, is coming to the fore. The relationship that NATO’s second-largest military has established with China must be assessed from this point of view.

Should Turkey invade Northern Syria with a Cyprus-like operation?
What to do to foreign NGOs
Comment