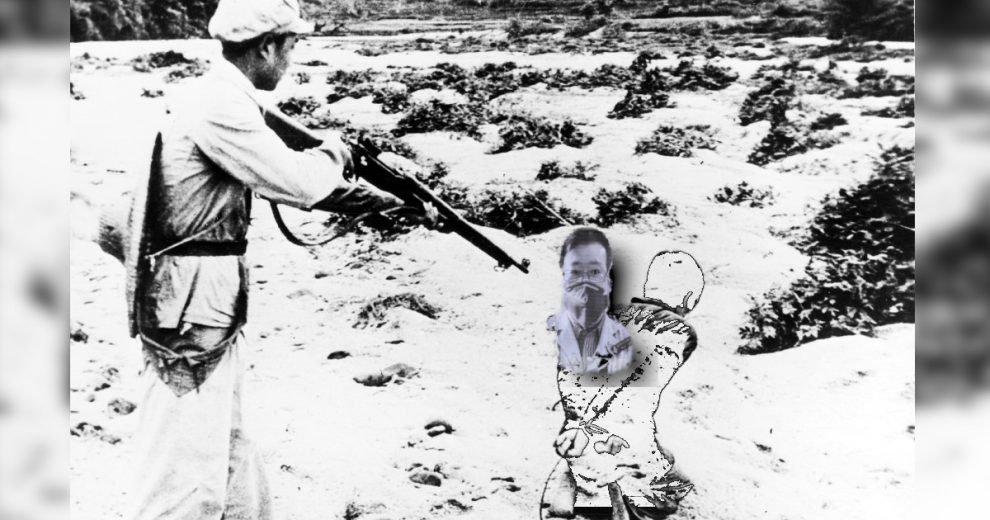 es, it is a Chinese virus. Actually, it is THE Chinese virus: I am not talking about the new coronavirus, but I am inviting your attention to the Chinese Communist Party’s collective bureaucratic scare of the higher authorities.

The latest victim of that fright was a 33-year-old Chinese ophthalmologist, Li Wenliang, at Wuhan Central Hospital who had warned his chat group about “a possible spread of a new SARS (severe acute respiratory syndrome), which had killed more than 8,000 people in southern China 17 years ago. On Dec. 30, 2019, he saw people with SARS at the hospital and shared it with seven friends on a chat group: “Seven confirmed cases of SARS were admitted (to the hospital) from the Huanan Seafood Market this week,” he said.

But the remnants of the communist terror of yesteryears in China are so deep, four days later police from the Wuhan Public Security Bureau visited the hospital, interrogated Li and delivered a notice censuring him for “making false comments on the internet.”

Please, do not let the official narrative of the Chinese communist dictators fool us; they have not responded immediately. If a virus had affected seven people at one wholesale market, especially in an area where a similar virus had wreaked havoc in 2003, it should mean hospitals in the area must have seen and diagnosed it at least six months ago. The fear that Li’s message created on those who eavesdropped on the chat should have grabbed those doctors who saw it on their patients. “If I report it as epidemic, the system will take it as a criticism,” they must have thought: “You mean our spectacular communist heaven cannot take care of its citizens, don’t you?”

Li and his buddies in that chat group were in the Chinese media’s spotlight because they were “rumormongers” warned by Wuhan police. Wuhan police summoned eight rumormongers on Jan. 1 and admonished them rightfully. The story was aired on Chinese state TV, too.

Li typed a long message and included an image of the letter of admonition issued by the Wuhan Police Bureau ordering him to stop “spreading rumors,” uploaded it to Chinese social media, Weibo, and died of what would be named later COVID-19, a disease caused by the new coronavirus.

As they always say, guns don’t kill; men do. Viruses don’t kill unless men and women afraid of political authorities allow them to.

Now, let’s turn our attention to another type of dictatorship. Have you heard one single heart-warming and assuring statement from U.S. President Donald Trump and his team? Or from the whole GOP establishment to this effect? This is another type of fear. The fear of losing the forthcoming elections.

Where is the legendary mecca of science that could find a cure even to death? Where are those scientists who could come up with vaccines and medicine for any illness on the face of the earth? Where are the presidential commissions that would have already charted the ways in case of this epidemic and that pandemic?

They are simply watching people die when the bulging ego of the president wouldn’t allow any possible human inadequacy to enter the White House. He knows everything: If he had not put a team of people to work on that “Chinese virus,” that means there was no need to. If it was needed, he would have done that a long time ago.

Besides, the warm season is coming, and “professor Dr. Schmuck,” aka Trump, who seems to think he is an immunologist, bacteriologist and virologist, says it will kill the virus.

These two cases of political terrorism teach us that any centralized power should have a balance factor: informed and organized citizenry. In China, a new group of educated and enlightened middle class is emerging, but it is not fully aware of the power it can yield. The Red Chinese Army is too strong, yet. In the good old U.S. of A, that informed and organized part of the educated and enlightened citizenry is not dead fully, yet.

There is enough reason to be hopeful despite all the viruses over the globe.