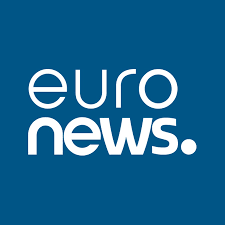 Euronews was founded in 1992 by the European Union as a multi lingual network to provide a pan-European perspective to the international audience. Turkey’s state-owned network TRT became a share holder to the company in 2009 and Turkish service of Euronews was launched. Following a 7 years of partnership, TRT split ways with Euronews and its Turkish service was on the brink of being shot down. 4 years on, Euronews Turkish managed to make a huge turn-around and became the most popular service of the France-based multilingual network. However, this is not a tale of success but a political choice.

Turkish state broadcaster TRT’s partnership with Euronews was more of a necessity than a choice as the country was on a full throttle to become a European Union member. TRT became the fourth biggest share holder of Euronews SA and started financing the Turkish service. After 7 years of partnership, it was no secret that the channel literally had no audience and therefore no impact. TRT administration decided to end the partnership in 2016. Turkish service was on the edge of closing down. Then the network’s controversial new partner and financier, Egyptian tycoon Naguib Savuris who had made no secret of his Erdogan animosity stepped in and decided to finance the Turkish service to keep it running. Turkish service was the seventh leading language following German, Italian, French, Spanish, Russian and the network’s flag carrier, English at the time. After 4 years, with almost half a million followers on twitter and more than ten thousand retweets and likes at times, Turkish service of Euronews became the leading language of the Network.

“The secret to this deceptive success has been achieved by taking a political stand that is becoming anti-government news source,” said Ahmet Hamdi Sisman, a Turkey-based journalist who has a lot knowledge about inner circles in Euronews. When the Turkish service of Euronews was launched and financed by TRT, its editorial line had to stay apolitical and impartial. “That means no rating, no reteweets, no followers and no likes,” said Sisman. “If an outlet is publishing content from Turkey, it has to be anti-government to gather a buzz,” Sisman man added. Euronews Turkish service caught that “success” after taking a hard political editorial line against Turkey’s government. Its political stance sharpened after hiring hard-line journalists from Turkey.

Turkish service was similar to those of other languages until it took a hard political editorial line. Euronews Turkish now has almost half a million followers on Twitter which elevated the Turkish service into a dynamo language of the network. It gets hundreds sometimes thousands of reactions on Twitter. “Very similar to Russian propaganda network Sputnik. If you compare Sputnik’s Twitter followers among its different languages, you will see huge difference. Turkish service of Sputnik almost has 1 million followers while its English edition stands at 300 thousand,” Sisman reiterated. Sputnik has over 30 language services but none of them are as popular as the Turkish one. Euronews has certainly taken the same path to become the Sputnik of Europe.