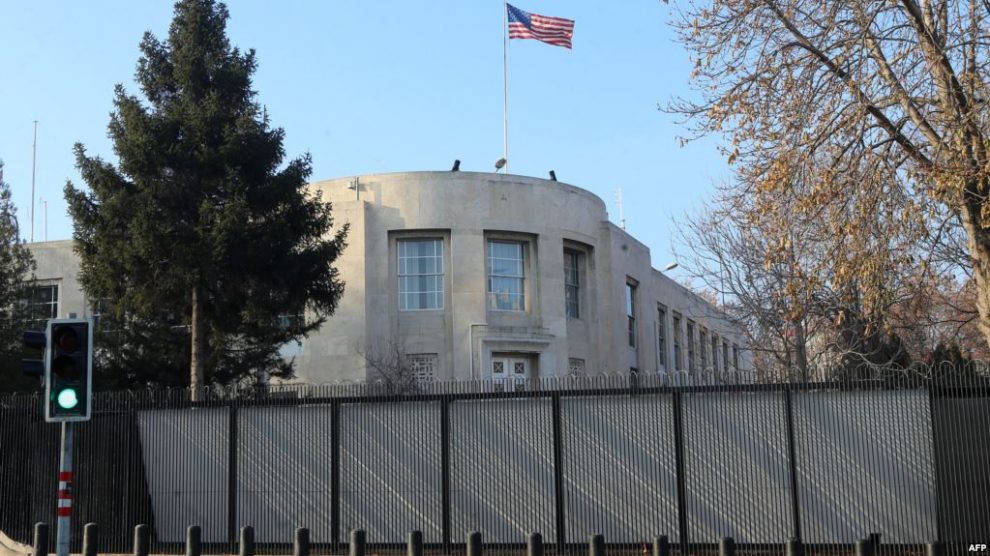 U.S-led coalition is establishing a 30,000-strong new border security force with the People’s Protection Units (YPG), a branch of the PKK which is enlisted as a terrorist organization by the U.S. government. Such development should be deemed schoking but no country cares about the danger it will cause. Unfortunately, when the perpetrator is America, other countries prefer to keep silent. Perhaps, they think new army won’t threaten any country other than neighboring countries like Iraq and Turkey.

Regardless of who supports or opposes such a move, what is done is an absolute betrayal to humanity, politics, international relations and friendship. Because a terrorist group is legitimized by the U.S. which claims that it fights terrorism. In fact, they had attempted it by renaming YPG as SDF previously. With the to-be-formed army, the PKK will even have its own state under auspices of America.

Perhaps, definitions of terrorism, state, alliance, power, morality and hypocrisy should be re-made since states are not behaving as they are expected. American policies have taught us that if a terrorist group is serving for your interests, it can be assumed as a group of freedom fighters despite that the group carries out terrorist actions against other countries. In the PKK case,  this group is fighting with Turkey and it is responsible for the murder of 40,000 people.

For the PKK is empowered by heavy weapons and its forces have turned into a regular army, Turkey’s struggle with them will be more difficult and more people will be killed. No excuses of USA will change this truth. What is more striking is that unlike Iran, Syria or any other country which have problems with USA, Turkey is a NATO member making two countries each other’s ally. So, the U.S. is stabbing its own ally in the back just for its temporary and ordinary interests.

Definitely, U.S. betrayal won’t be forgotten by Turkey and it will take all steps not to hurt by legalized PKK terror. Turkey is about to intervene Afrin, a Kurdish city in Syria controlled by the PKK/YPG, and clear militants from there. Besides, in case so-called border guards of YPG attacks Turkey ,it won’t just. Perhaps, this is what America dreams of; engulfing Turkey into a war in order to exhaust its power.

For sure, a panoramic view will make us think that there is an undeclared cold war between USA and Turkey. Remember that during the Cold War, U.S. and Soviet Union did not go into war but they were always at war via their proxies or by supporting their allies which were fighting with the other bloc. The same is happening between Turkey and USA now. While USA formally continues to be Turkey’s ally, it acts like an enemy practically.

For example, we know that it backed FETO to attempt failed coup  of July 15. Although U.S. government denied Turkey’s accusations, it still does not extradite the head of coup plot, Fetullah Gulen. In addition, Americans are trying to fine Turkey with high amounts by Zarrab trial which is judging Turkey with FETO members’ documents and testimonies. In addition, American diplomatic missions did not issue visas to Turkish citizens for a while just  before warning its citizens for not visiting Turkey.

Arming PKK/YPG and establishing a state with a regular army is U.S’ last but the most dangerous move which will cause a war.  I am sure Turkish government will not only be angry but also counter it as it is a matter of existence. It may even take radical decisions that will distance itself from the West totally. However,  we all know that someone will still blame Turkey instead of USA. Sometimes, not enemy’s actions but friends’ silence matters. Let’s wait and see the result of this new litmus test that will let us know our real friends and foes.

Shoura-cracy, Democracy and Islamic Economy Toward the Emerging of Neo-bourgeoisie
Shhhh! Trump is thinking
Comment