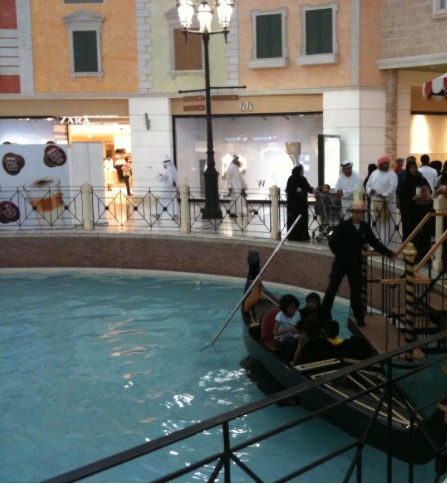 This is a $500,000 question, unless you are in Qatar, where the ruling family finds a way to combine social Islamic values with modernity. Such a case creates a conceptualization of democracy and soft capitalism à la Qatar. Evidently, it cannot be compatible with western societal values. However, Islamic political theory, the source of inspiration and reference of the legalist Islamists, who seem to accept democracy and modern capitalism.

The Islamist ideology that provides the definition for other religious adjectives is associated with the Islamists’ socio-political project, which complements the concept of democracy as a whole.

The State of Israel does not have a written constitution, it has arrived at a combination between theocracy and democracy, i.e., Jewish democracy. Political parties in Europe inspired by the center-right ideology contain a solid dose of Christian values, and are proud to announce their political program from those values, like the CDU in Germany, the right-wing party in Spain, and the MoDem party and even les Républicains in France.

This puts the on going dialectic narrative within the Muslim and Arab societies explicitly in Turkey with AKParti and the Brothers in the post-Arab Spring, where the Islamists emerged as an alternative force. One could argue that Islamic values of pluralism have already established themselves, in spite of the rational and historical determinants that direct the theme to be only a result of its determination and exercise.

This is criticized by the local secularists and skeptical westerners because according to them, the negation of freedom is an essential dimension of the human condition. This debate is taking place in Tunisia, Algeria, Turkey and Egypt (is less because the Brothers were banned from power!) over the elaboration of a new constitution.

Under these political conditions, the instrumentalization of Islamic pluralism becomes easier for the neo-conservative/Islamism social class to go from a middle-class to the creation of an “Islamic” bourgeois class. It draws a parallel with the economic prosperity in Qatar, Indonesia and Turkey. Nonetheless, this argument of the Islamists in Morocco is weak because of local politics and its imperatives with the King Mohammed VI.

Qatar for instance has a flow of liquidity that is heavily invested in education and real estate, it offers even a decent prosperity to Arab and Muslim expatriates that they lack in their own countries. On the other hand, the Islamists’ free market, trade and banking model has an attentive ear in the Tunisia and Morocco, though the Islamists believe in commerce in terms of macro-economy.

The lack of social and economic opportunity make these newly democratically-elected governments in these countries face serious democratic challenges from the lower class that is their voting reservoir.

In Morocco, the people are frustrated with their resettling fight between the Islamist government and the so-called liberal forces, in Algeria they are worried about the deep financial crisis. Tunisia still does not know, which path it should take involving change and continuity in its economic program in a coalition national government, knowing it does not possess many options besides tourism.

The a-Nahdhda party, however seems to be seeking a realistic strategy to adjust between Sharia, martini and bikini. It is a crucial question for the Islamists to explain their approach on how to distinguish between the text and the context of the Sharia.

The acceleration of this process could clash with economic globalization and President Trump  administration in the U.S. The main stake for the Islamists is in the conquest of power by democratic means through elections as it is happening now. Economists worry about their economic agenda, knowing the Islamists in North Africa and the Middle East (MENA) appeal to the masses like Robin Hood, unlike in the Gulf, where they are patronizing the nationals.

Here is another question that deserves to be asked when it comes to their macro-economic public policy: Are they going to favor the emergence of a “neo-bourgeoisie” aimed at the masses? In Algeria, one finds huge market control by the Islamists in the sense of parallel economy, an economy of the bazaar. In this case, is not only this parasite economic class operating in the local anarchic code, but it is destroying any creation of wealth and development, to some extent helping to collapse the consumer’s purchasing power and the local currency.

The Islamists have become a horizontal alternative to the status quo, despite the fact that they are questioned about their political and economic motif and agenda for using Islam, the secularists believe that the exigence of Unity in Islam disallows any idea of division within the nation of al-Oumah al-Islamiya (the Islamic nation) into clans and factions. In the Koran the term Hezb (party), which in the current Arab-Muslim countries serves to indicate a party in the modern sense of the term, is pejoratively employed.

In the 1920’s in Syria, Iraq and Turkey a secular movement that was the voice of modernity arose within the Arab societies out of the post-Ottoman Empire dislocation, replacing political religious sentiments with secular values.

This political movement put the modern structures of the nation-state in Iraq and Syria pre-the U.S. invasion and Syrian civil war in place and paved the road to a political Arab elite, adopting the ideas of democratic values, which led to the creation of al-Ba’ath (the Resurrection) of the Arab nation! Such a movement was contrary to the Islamists, who were nostalgic and saddened by the death of the Islamic Caliphate under the reign of the Ottoman Empire in 1928.

This initiated the dichotomy between Islamists’ and nationalists’ societal paradigms and objectives.

In 1979 the Islamic Revolution led by Imam al-Khoumeini in Iran not only regenerated the Islamic ideology, but was considered the rebirth of the Islamist political project across the Muslim countries, even though the mainstream Sunni Islamist leaders and militants did not share al-Khoumeini’s doctrine and agenda.

In Algeria, Dr. Abassi Madani (the leader of the ex-F.I.S.) was asked once about the Mullah’s model in Tehran and he responded explaining his party’s difference with Iran, saying: “… Not to get confused between sugar and salt, they look the same, but they taste different.” Nonetheless, the Islamists implicitly supported al-Khoumeini in his war against Saddam’s regime because they identified the fight as one between secularism and Islamism.

The latter is more plausible following the current events in the region with the implication of the de-westernization process. Thus it follows a divine order versus secular order, a-shoura versus secular democracy.

In sum, Arab and Muslim political consciousness is heading toward a neo-patriarchal “bourgeoisie” between the emerging actors, the Islamists, the military and the Royal families in Morocco, eventually in Jordan and Qatar and Kuwait will reach a social order that should implement the rule of laws, with inclusive public policies and justice for all.

Palestine and the Arab regimes

Death is everywhere in Palestine