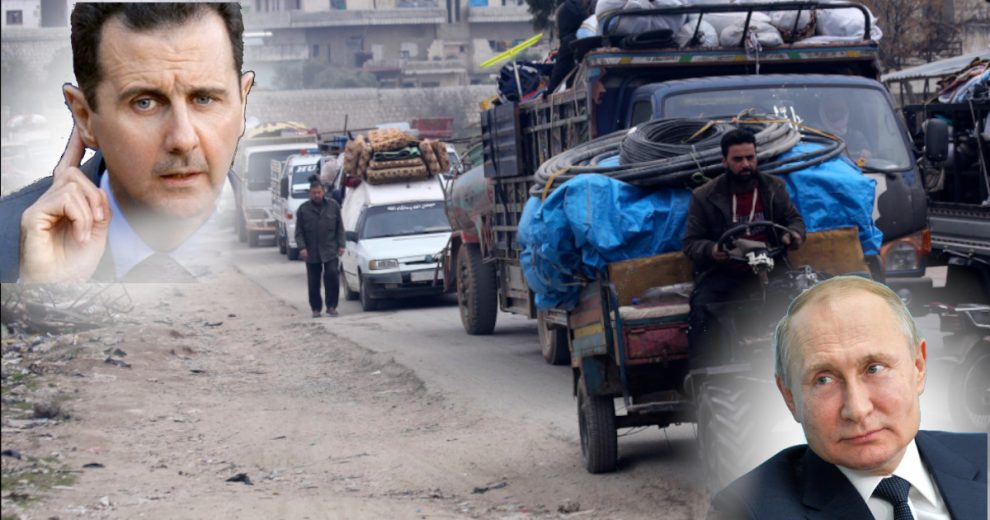 As the Syrian civil war has progressed, Idlib has become the deadlock of the crisis. By the inducement of the Syrian and Iranian regimes, various armed groups have gathered in the province of Idlib. Sent from Aleppo, Hama and Homs, these armed forces have turned the city into a time bomb.

Neither the Syrian nor the Iranian regimes have ever treated the members of political opposition as dissident citizens. Instead, they have been treated as “enemies” who deserve to be annihilated at all costs. Violating the laws of war, thousands of civilians were killed or forced to migrate.

Over the course of the Syrian civil war, conflicting parties have very often changed their positions. Under the Obama administration, when Russia had not yet intervened into Syria and relations between two NATO allies, Turkey and the U.S. were strained, the U.S. regional agenda was equivalent to the current policy of the opposing bloc of Syria, Iran and Russia: Forcing tens of thousands of armed forces and a million refugees move toward the Turkish border.

Meanwhile, the Russian influence in Syria has increased as the American influence diminished. While Turkey has preserved its position in northern Syria, the Obama administration’s former plan on Idlib was put into action by the Syrian, Iranian and Russian parties. As 3.5 million people came face to face with a humanitarian tragedy, President Recep Tayyip Erdoğan intervened and reached a deal with President Vladimir Putin – the Sochi agreement – to defuse tensions and avoid new conflicts in northern Syria. The province of Idlib was specifically announced as a de-escalation zone. While the U.N. has remained ineffective in the resolution of international crises, President Erdoğan has succeeded in preventing a humanitarian crisis in Idlib.

Obama administration’s policy of integrating Iran into the international order would end with the emergence of an Iranian empire in the Middle East. In contrast, the Trump administration has turned Iran into the main target of the U.S. and assassinated top Iranian Gen. Qassem Soleimani who had been directing regional operations. Iran’s passive responses revealed that the country does not want war with the U.S., as the Iranian people have already been cornered by the long-standing economic embargo.

Turkey, however, has formed good relations not only with the Western powers but also with Russia, thanks to its multi-directional foreign policy attitude. While Trump does not desire to lose the alliance with Turkey, Russia aims at pulling Turkey away from NATO. Yet, Iran prioritizes the decrease of the Turkish influence in the region to ensure its own regional superiority.

Proceeding to become a regional power, Turkey has been pursuing a multi-dimensional and multi-directional foreign policy in the Middle East and beyond. In that respect, it is natural that Turkey might come face to face with Western powers while preserving the platform for negotiation.

In our present post-Cold War era, when tight alliances have been replaced with loose and flexible ones, Turkish-Russian relations continue on the grounds of alliance, negotiation and adversity.

In the context of the present crisis in Idlib, Turkey takes its own measures to cope with new waves of refugees. While the Syrian civil war has dramatically changed the mainstream paradigm of international alliances, Turkey must follow both a rational, pragmatic and humanitarian foreign policy in tandem.