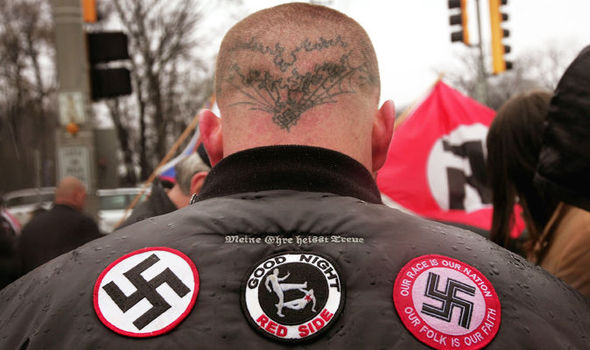 Germany is known for being the perpetrator of two world wars. While this fact is not mentioned as much as German economy and its prominent brands like Mercedes, BMW, Volkswagen, Siemens, BASF, etc. nowadays, recent political developments warn us to be worried about Germany again. As Lord Acton said, absolute power corrupts absolutely and Germany is on the verge of having that power. Thanks to American military deployment in German lands, a new challenge does not seem likely. Yet, when it is unchained, definitely it will convert to a monster.

Some people may think that Hitler or his mentality, incarnated as Nazism, no longer exists but they forget that it was not him that commenced the First World War. Second, Adolf Hitler did not fight alone in the 2nd WW. Many other Nazists, e.g. Adolf Eichmann, were involved in the war and accounted responsible for the death of 52 million people. Particularly, German media acts with no breaks and carries seeds of fascism.

Fascism is gaining popularity among German people again. Xenophobia is increasing and mainly targets Muslims. Far-right AfD party, according to polls, has become the second biggest party and its being ruling power within next 10 years won’t be surprising.  Neo-fascist ruling is just a matter of time in Germany. We know that the European Union, seen as a state of art system which was never seen in history, was formed just to stop German aggression. In other words, the Union exists because without it Germany may launch another war and sets Europe on fire.

It is true that both the US and the EU have controlled Germany in its borders till now. Yet, Germany is becoming more powerful day by day and its power triggers nationalistic movements. There are many similarities between today and 1930s. Remember that the British and the French had pursued an appeasement policy against Hitler. Yet, Hitler was not satisfied and he invaded Czechoslovakia and Poland respectively. While Jews were victims of Nazists in 1930s, today, Muslims are incurred to the same exclusionary policies. Like before Second World War, German confidence and arrogance are at peak and frightening. What are missing are weapons and a new Hitler. Actually, absence of a fascist leader does not matter as racism addicted populace does not need to a strong leader for mobilization.

Supposing that we have defined the problem, let’s simulate what might happen if Germany breaks its chains. The answer is so simple; the result will be same as previous World Wars. In other words, Germany will begin to invade neighboring countries and kill many of its pseudo enemies. Other big powers will intervene the war when their interests are at risk. Eventually, Germany will be defeated but costs and killings Germans caused will never be compensated. Therefore, European and World history will have repeated themselves three times within almost one century.

I acknowledge that such a scenario is too pessimistic and unrealistic. However, its occurrence is no longer at low per cents. When new strategies are developed, always the worst scenario is taken into account. I just want to warn that the World must be careful about Germany more than ever. Any negligence or reluctance might have irrevocable consequences.