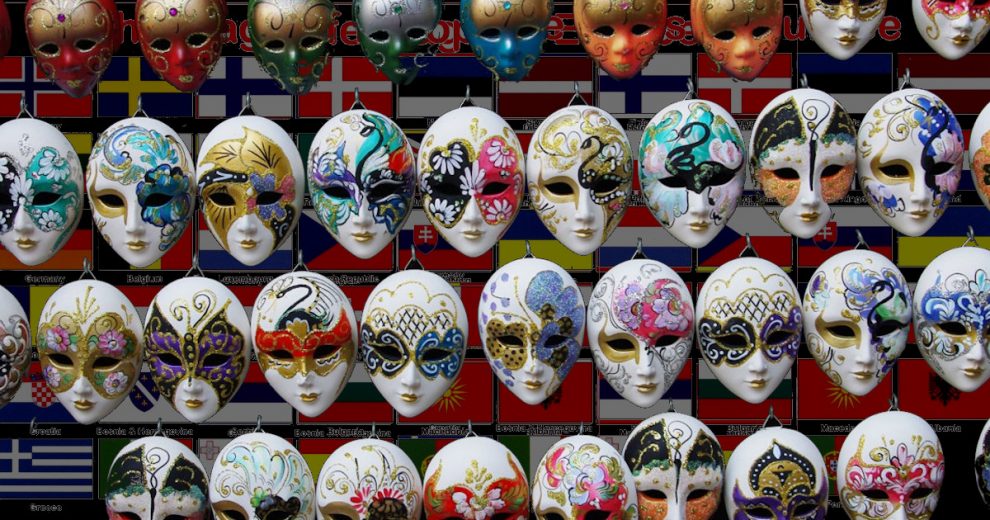 My hypothesis is to never trust anything published about Turkey in Britain. Their coverage of Turkey is viscerally driven by an Orientalist lunacy from the past.

You may point out that Britain is not the only country that specialized in Orientalist literature, vilifying, assaulting, trivializing and slandering those whom they wanted to subvert or control.

The stereotypes they created about Islam, Arabia, Asia, Africa and other peoples and cultures continue to bedevil international relations today. Their pundits, possessing brutal mental strength, continue to propound theories of a clash of civilizations.

Colonialism afforded great protection and patronage to Orientalist writers and artists. France, Germany and Italy were among those who played a major role in that hideous literature.

Contemporary Zionism and neoconservative cultures borrow a lot from the old traditions that should have been buried post-colonialism, to at least atone for past sins, but they have made a resurgence as the base desires of seeking conflict and domination have reared their head again.

Propaganda and falsehoods were potent Western weapons in the earlier era. They are deployed by the West again to tarnish the reputation of their opponents, character assassinate those who stand up to them, kill the truth, and bludgeon whoever stands in their way.

There was an eruption of deceitful polemic against Turkey as soon as Operation Peace Spring was launched to put an end to the emerging threat of a terrorist state being erected by the PKK Syrian franchise, the People’s Protection Units (YPG)-Democratic Union Party (PYD) and supported by the U.S. military.

Western media used that classic anti-Turkish language we are historically familiar from the Ottoman period. The “mother country” Britain must be proud of the media in the “New World,” where they uphold the same traditions of corruption, sophistry and cultural fanaticism.

U.S. news organizations have been brazen in their anti-Turkish propaganda. ABC News takes the fake news cake. The television network showed a video from an old U.S. military show to depict what it claimed was the Turkish bombing of a town in Syria. Probably they will use Hollywood movie scenes next time to discredit Turkey.

Those with a stake in the terror enclave on Turkey’s southern border were enraged as their grand plans for destabilizing the entire Middle East, and probably the extended neighborhood were disrupted.

The U.S. working with the PYD-YPG terror was ready to go totally treacherous against a NATO member country. American excuses for doing so have exposed their real character to the Turkish people. All lingering doubts about the U.S. insincerity towards Turkey following the 2016 coup invasion are gone. Turkey should neither forgive nor forget the constant U.S. hostile behavior under different pretexts.

The stakeholders in the new wave of international terrorism are the U.S. military-industrial complex, in particular, the law-unto-itself U.S. Central Command (CENTCOM), Israel, France, and Britain. They are assisted in their plots by a bunch of regional lackeys whose lazy lives are lived for the kind of material pleasures that caused the downfall of the Indian nawabs and princes at the hands of the East India Company in the 18th and 19th centuries.

The Middle East has an abundance of wastrels buying Israeli diamonds and French perfumes, oblivious to the Zionist traps of slavery built for Their Highnesses and Majesties.

Turkey can also please them by becoming a country of similar mindless consumerism, a buyer of Western political hogwash and a NATO tutelage using its great military to advance their neocolonialism.

The second-biggest military in NATO is not even expected to defend the nation that has centuries-old great political and spiritual past and is now determined to have its say in the emerging world order.

There are not even customary Western words of solace, appreciation and goodwill for the trouble the Syrian civil war has produced for Turkey. Four million Syrian refugees, a significant number of them Kurdish, are hosted in Turkey in laudable conditions. Which other nation has shown such generosity and kindness? Turkey’s response comes from its long-cherished humanitarian, moral and religious values along with regional solidarity.

Those directly causing the homelessness and bloodshed in Syria or the Westerners fishing in troubled waters surely take their inspiration from a Satanic wickedness alien to Turkey.

No self-respecting country can watch a worsening humanitarian catastrophe and suffer its burden silently. But Westerners want Turkey to be supine in the face of an existential threat.

When the Turkish military and the allied Syrian National Army (SNA) launched the operation, it seemed Western opinion makers and news writers were just waiting to explode into an anti-Turkish frenzy.

A series of lies and distortion began. Amid a rumbustious cheering for PYD-YPG terrorism in the name of an “autonomous” state and fighting against Daesh, Western journalists and columnists have shown their cruel minds. Contrary to common sense and plain facts, they are obsessed with projecting Turkey as a country that is anti-Kurdish.

The Turks and Kurds are one family and have been so for centuries. The Westerners must know that this family’s hero is Salahuddin Ayyubi and it can never accept killers such as Abdullah Öcalan and the so-called Mazloum Kobani, a verified Twitter account holder terrorist the U.S. Congressmen are so enamored with.

The BBC headlined its bold stupidity in these words: “Erdogan shows anti-Kurdish video to senators at White House.” This was a story about President Recep Tayyip Erdoğan playing the video of “general Mazloum” to American politicians to educate them about the real face of their so-called allies. Some U.S. politicians, Pentagonists and media pundits want to get argumentative about it.

There is a clear symbiotic relationship between the PKK and its Syrian terror franchises. If the U.S. politicians wish to ignore this evidence to advance their careers, they may discover that U.S. geopolitical terror gains won’t amount to much in the long-run.

Of course, the Western war lobbies cannot be expected to act rationally. Their calumnies will continue and so will Turkey’s resolve to confront the threats unflinchingly.

Eventually, it doesn’t matter to Turkey how much the conceited Western media bosses want to concoct news or peddle toxic opinions.

As for Britain’s media, people in the profession are familiar with their expertise in making up quotes. They are better off not using it for trading in wholesale fake news.

History of Terror in the Middle East: How Zionism Utilized Terror for its own Benefit
Will the YPG ringleader go to the White House?
Comment