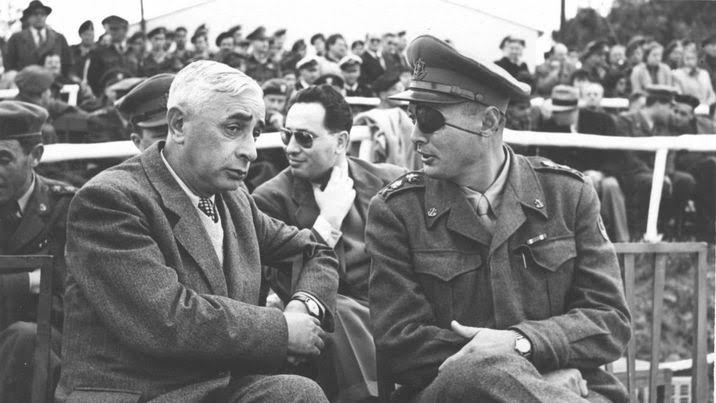 Middle East: The land of ancient civilizations. The location from where humankind spread throughout the world. As the Middle East had been continuing its tranquil and peaceful march, Zionist organizations arrived in the region and became the first to bring terror to the region. Before the Israeli state was established, Haganah, Stern, Irgun terror groups had already terrorized the region. From market places to residential neighborhoods, every single place was blown up. The founders of Israel emerged from the leaders of those terror groups. Israel today is one of the countries which has successfully utilized state terror. Two books are the most important sources on this. French author Vincent Monteil’s Israel’s Secret File: Terrorism and one of the Russian Zionist leaders, and Wladimir Jabonistky’s Found Israel.

First attempt to smear Islamic movements with terror took place in 1954. “Lavon Incident” in 1954 is one of the most blatant examples that proves Israel’s involvement in the terror attacks in the region. Israeli Defense Minister Pinhas Lavon organized a meeting on 16 July 1954 at his residence to discuss British leaving Suez Canal. Lavon offered to attack British targets in Egypt. The attack would be portrayed as if it was carried out by Egyptians which would anger the British and therefore stop them from leaving Suez Canal. According to then-Mossad chief, main aim of this operation would be to create chaos and destroy the faith of the west in Egyptian regime. And Israel wanted to reach this goal by creating a crisis which would also prevent the British from leaving Egypt.

Members of Israeli secret service went to Egypt after a short while. A series of bombing and assassinations against British and American targets in Alexandria and Cairo took place. Embassies of both countries, churches and tourist destinations were consecutively bombed. Several people have been murdered or injured in the attacks. By those terror attacks, rising power in Egypt, Muslim Brotherhood, would be smeared and Egyptian president Jamal Abdul Nasser would be portrayed as if he is incapable of protecting foreigners in his country. Thereby, withdrawal of British forces would be prevented and the attention of the west would be directed towards so-called Islamic terror.

However, things did not developed as Israel had planned. Egyptian intelligence captured Israeli spies just hours before they carried an attack on an American embassy and it exposed the operation and screwed Israel’s plans. Israel first labeled the incident as the greatest smear against the state of Israel. Indeed, Israel took a step further and likened the incident as historic “blood smears” against Jewish people. However, Israel had to accept the responsibility of this blatant act of terror after a while but blamed the whole incident on Defense Minister Lavon. Lavon resigned and this failed terror act went down to history as “Lavon incident.”

It should not be forgotten that besides the West and Israel, Russia is also an expert on utilizing terror for its own benefit. Former Russian intelligence service member Aleksander Litvinenko whom were poisoned by Russia in London said in his book that including an apartment bombing in 1999 in which 300 people were killed, many terror attacks in Chechenia had been carried out not by Chechens but by the Russian secret service, FSB. Putin later attacked Chechenia by using those “terror attacks” as a pretext. On the other hand, it would be helpful to remember that the history of terror in Europe goes back to the Cold War era. Europe faced several violent incidents during 1970s and 1980s. Several terror cells which carried out bombing and murders have been exposed in Europe. There was also far-left terror in the US but at a smaller scale.

Read Turkish version of this article at https://www.istiklal.com.tr/kose-yazisi/ortadoguda-terorun-tarihi/509744